Who Am I In Character 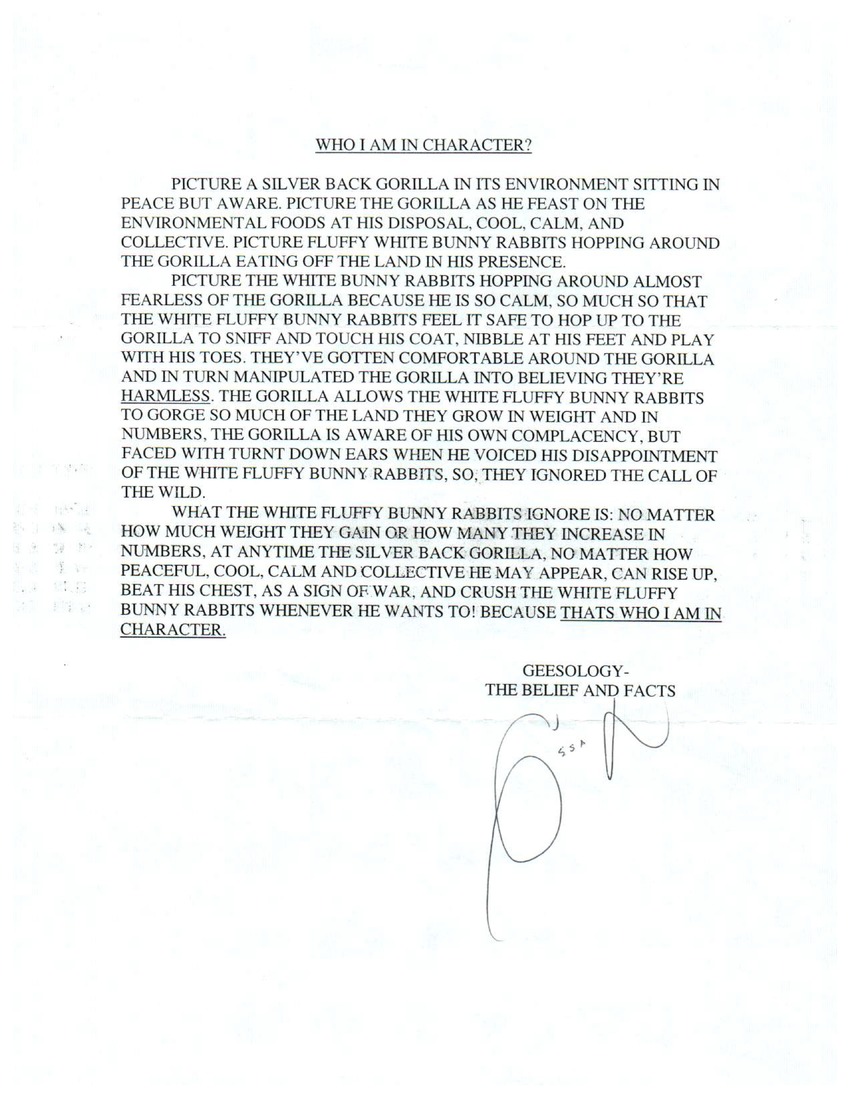 Who I Am in Character?

Picture a silverback gorilla in its environment, sitting in peace but aware. Picture the gorilla as he feasts on the environmental foods at his disposal: cool, calm, and collective. Picture fluffy white bunny rabbits hopping around the gorilla, eating off the land in his presence.

What the white fluffy bunny rabbits ignore is no matter how much weight they gain or how many they increase in numbers, at any time the silverback gorilla—no matter how cool, calm, and collected he may appear—can rise up, beat his chest as a sign of war, and crush the white fluffy bunny rabbits whenever he wants to! Because that's who I am in character!

Geesology,
the belief and facts