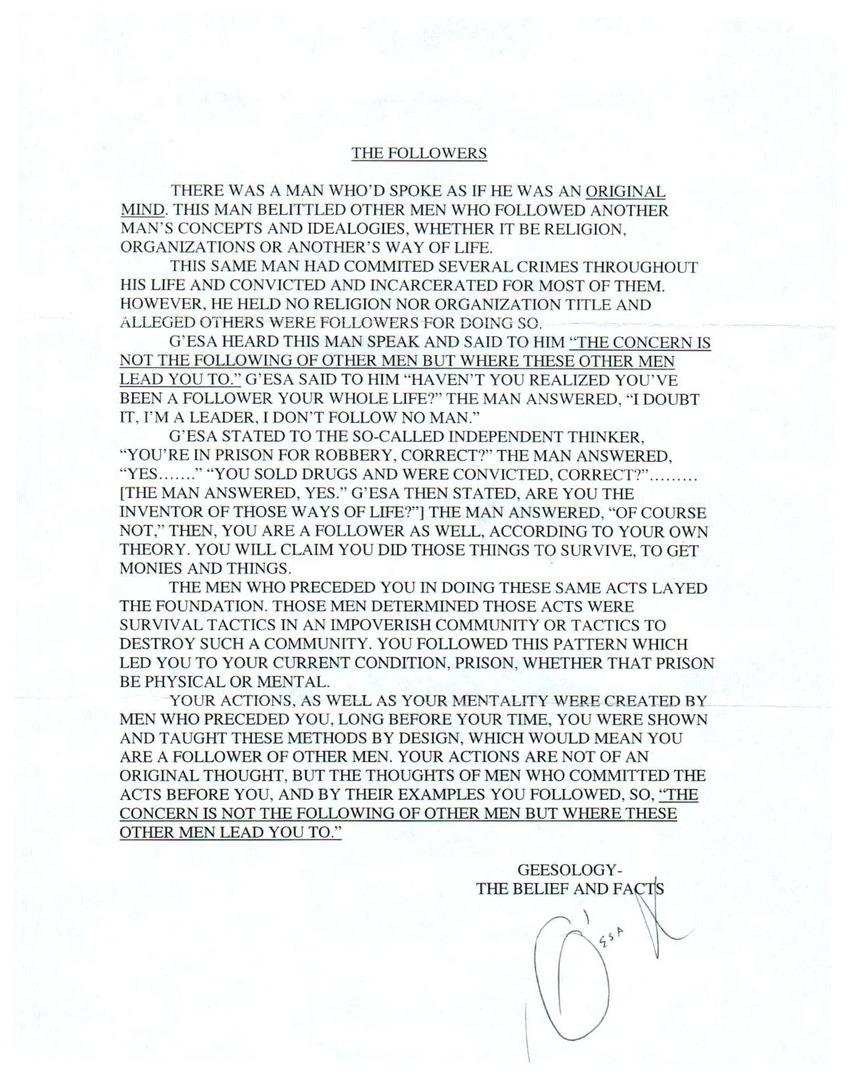 There was a man who'd spoke as if he was an original mind. This man belittled other men who followed another man's concepts and ideologies, whether it be religion, organizations, or another's way of life.

This same man had committed several crimes throughout his life and convicted and incarcerated for most of them. However, he held no religion nor organization title and alleged others were followers for doing so.

G'esa heard this man speak and said to him, "The concern is not the following of other men but where these other men lead you to." G'esa said to him, "Haven't you realized you've been a follower your whole life?" The man answered, "I doubt it. I'm a leader. I don't follow no man."

"Then, you are a follower as well. According to your own theory. You will claim you did those things to survive, to get money and things. The men who preceded you in doing these same acts laid the foundation. Those men determined those acts were survival tactics in an impoverish community or tactics to destroy such a community. You followed this pattern which led you to your current condition: prison, whether that prison be physical or mental.

Your actions, as well as your mentality, were created by men who preceded you. Long before your time. You were shown and taught these methods by design, which would mean you are a follower of other men. Your actions are not of an original thought, but the thoughts of men who committed the acts before you. And by their examples, you followed. So the concern is not the following of other men but where these other men can lead you to."