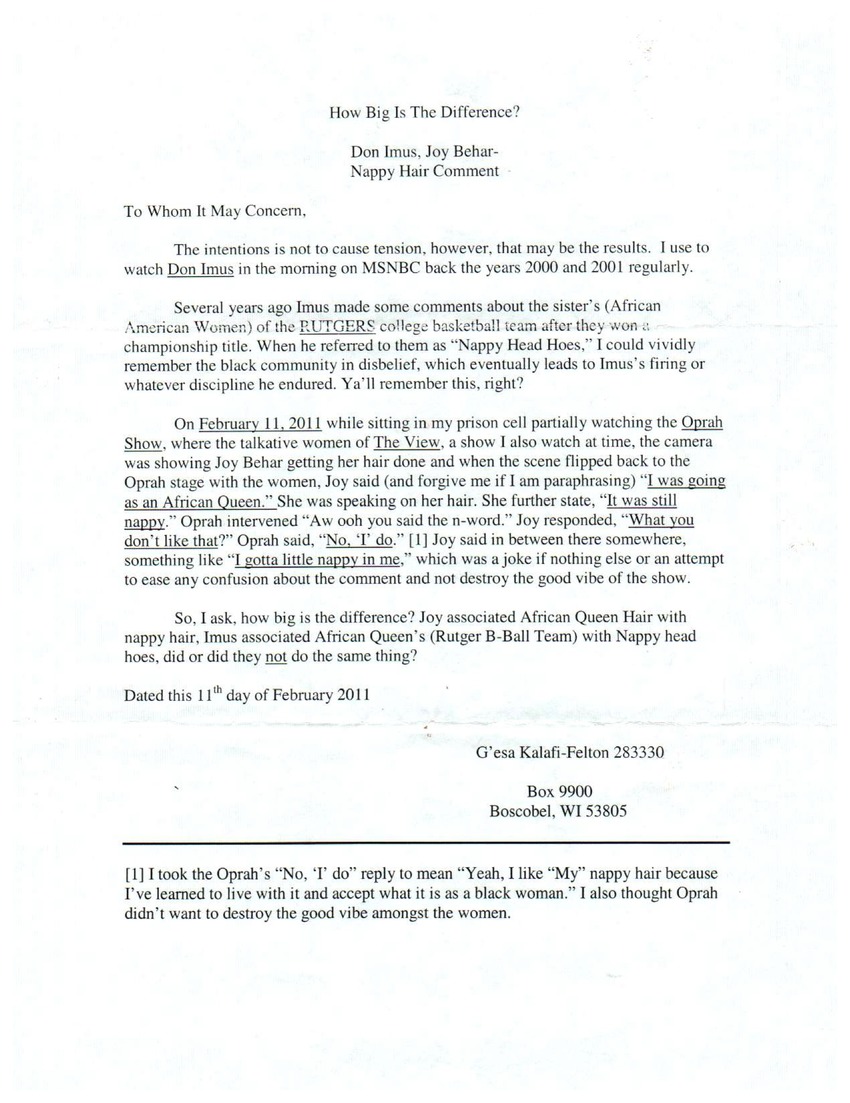 How Big is The Difference?

To whom it may concern,

The intentions are not to cause tension. However, that may be the results. I used to regularly watch Don Imus in the morning on MSNBC back in 2000~2001.

Several years ago, Imus made some comments about the sisters' (African American women) of the Rutger college basketball team after they won a championship title. When he referred to them as "nappy head hoes," I could vividly remember the black community in disbelief, which eventually led to Imus being either fired or disciplined. Ya'll remember this, right?

On February 11, 2011, while sitting in my prison cell partially watching the Oprah Show, where the talkative women of The View, a show I also watched at the time, the camera was showing Joy Behar getting her hair done. And when the scene flipped back to the Oprah stage with the women, Joy said (and forgive me if I am paraphrasing), "I was going as an African queen." She was speaking on her hair. She further stated, "It was still nappy." Oprah intervened, "Aw, ooh, you said the 'n-word.'" Joy responded, "What, you don't like that?" Oprah sid, "No, I do." [I] Joy said in between there somewhere, something like, "I gotta little nappy in me," which was a joke if nothing else or an attempt to easy any confusion about the comment, not destroy the good vibe of the show.

[I] I took the Oprah's, "No, I do," reply to mean, "Yeah, I like my nappy hair because I've learned to live with it and accept what it is as a black woman." I also thought Oprah didn't want to destroy the good vibe amongst the women.