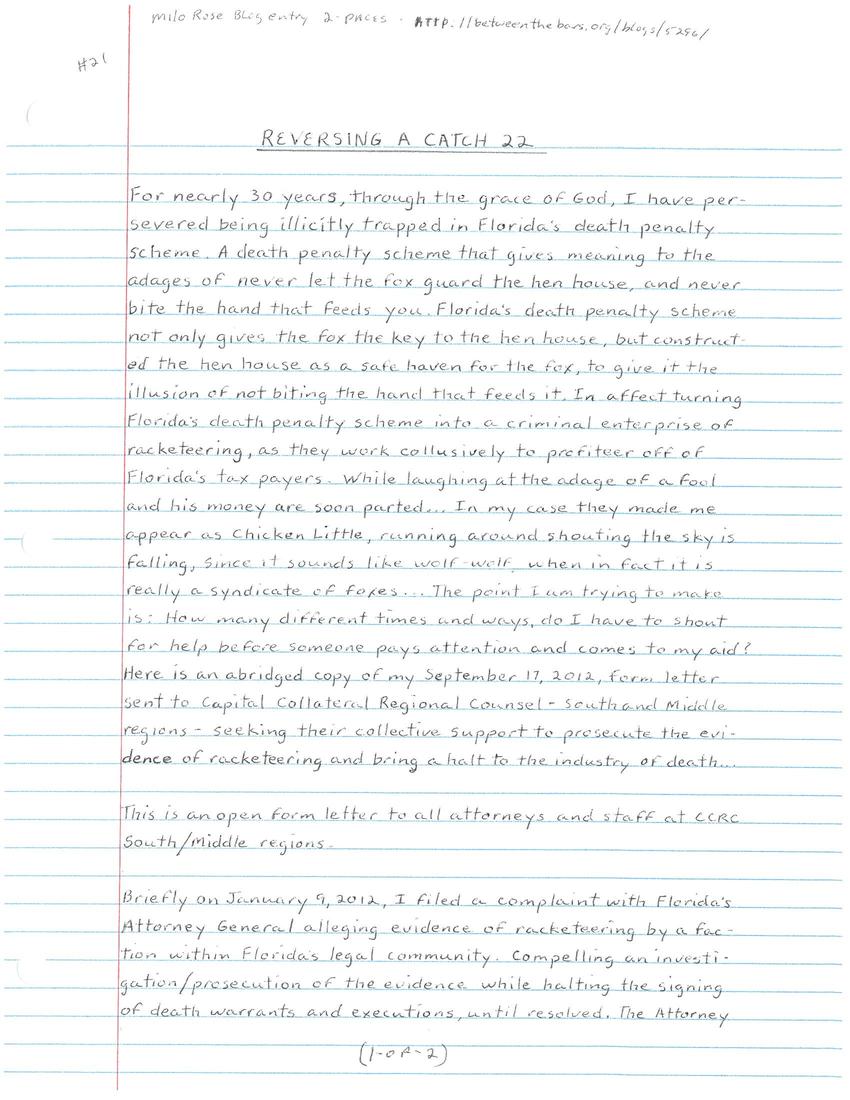 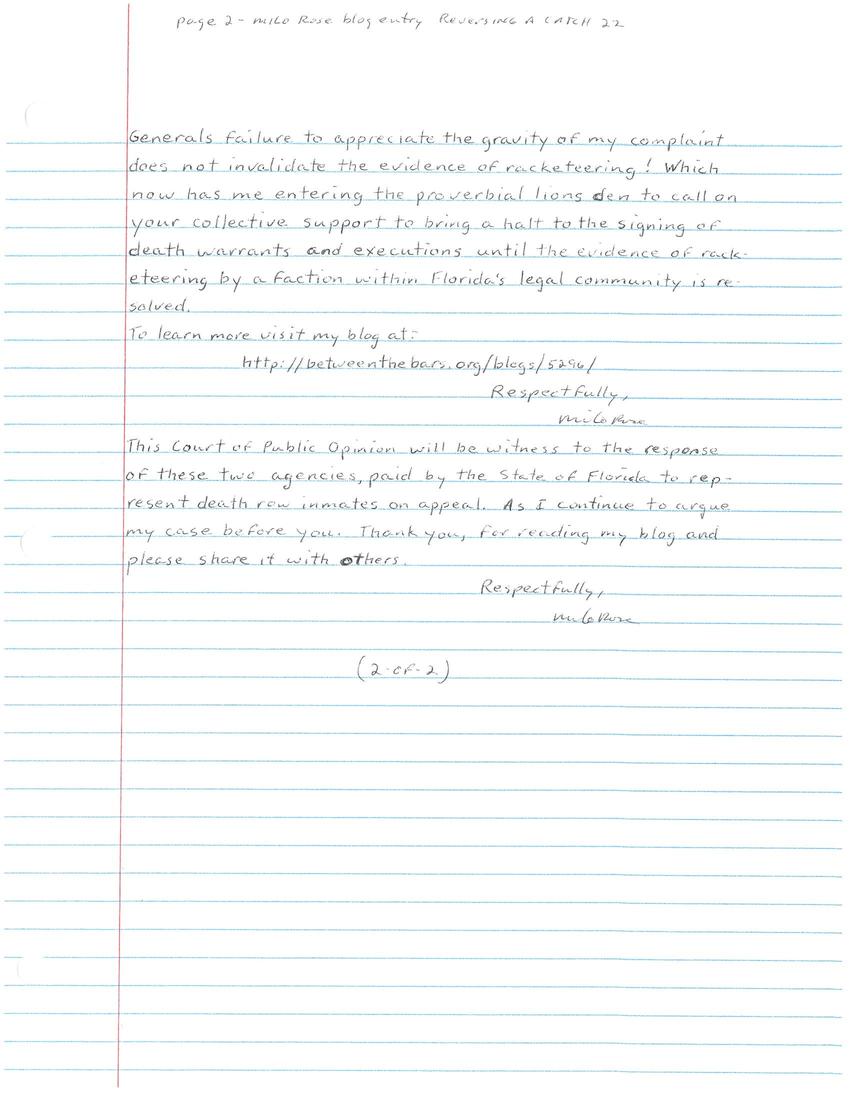 For nearly 30 years, through the grace of God, I have persevered being illicitly trapped in Florida's death penalty scheme. A death penalty scheme that gives meaning to the adages of never let the fox guard the hen house, and never bite the hand that feeds you. Florida's death penalty scheme not only gives the fox the key to the hen house, but constructed the hen house as a safe haven for the fox, to give it the illusion of not biting the hand that feeds it. In effect turning Florida's death penalty scheme into a criminal enterprise of racketeering, as they work collusively to profiteer off of Florida's tax payers. While laughing at the adage of a fool and his money are soon parted... In my case they made me appear as Chicken Little, running around shouting the sky is falling, since it sounds like wolf-wolf, when in fact it is really a syndicate of foxes... The point I am trying to make is: How many different times and ways, do I have to shout for help before someone pays attention and comes to my aid? Here is an abridged copy of my September 17, 2012 form letter sent to Capital Collateral Regional Council - South and Middle regions - seeking their collective support to prosecute the evidence of racketeering and bring a halt to the industry of death...

This is an open form letter to all attorneys and staff at CCRC South/Middle regions.

To learn more visit my blog at:
http://betweenthebars.org/blogs/5296

This Court of Public Opinion will be witness to the response of these two agencies, paid by the State of Florida to represent death row inmates on appeal. As I continue to argue my case before you. Thank you, for reading my blog and please share it with others.

Hello Milo/Siyu One Eagle,
I am about to begin a letter to you but am replying to this posting, since I don't know how long it will take my letter to reach you.

I'll share more in the letter. I'm glad that you have the energy to keep fighting for your convictions(not a pun).
Your friend,
Br. Jim