The Urban Apple: My Black Mind 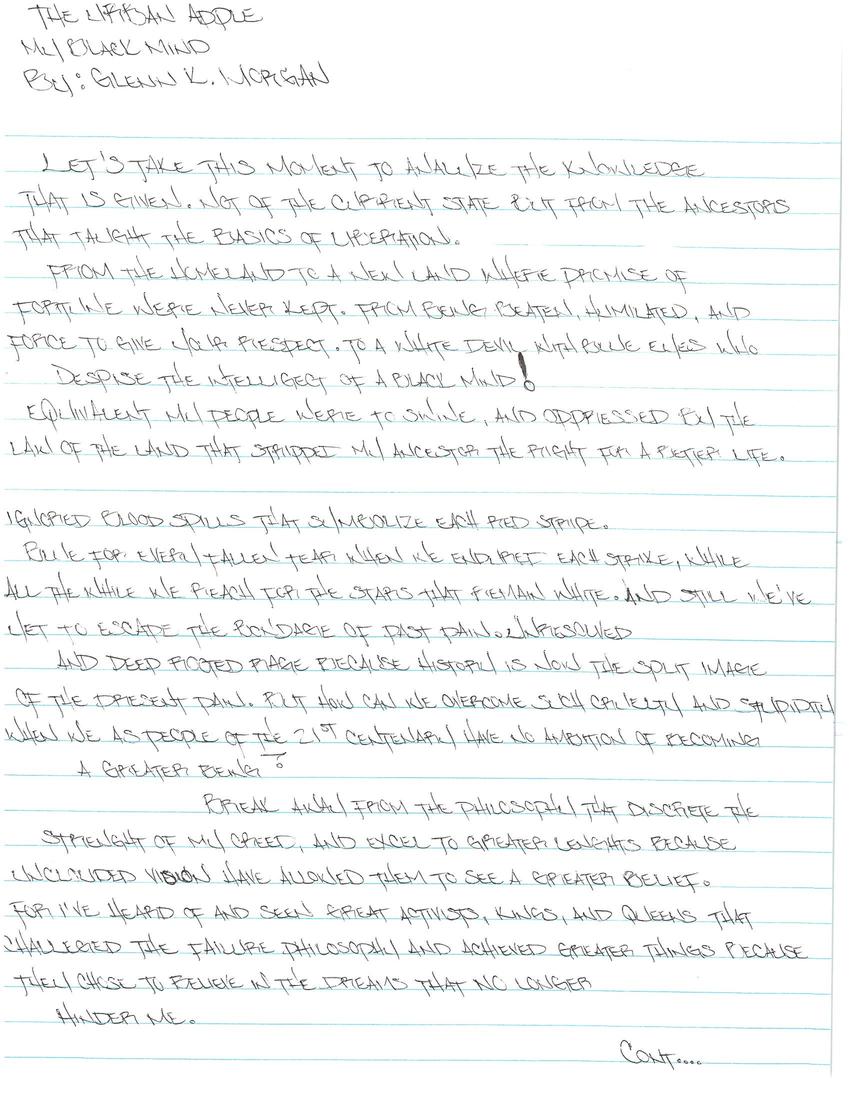 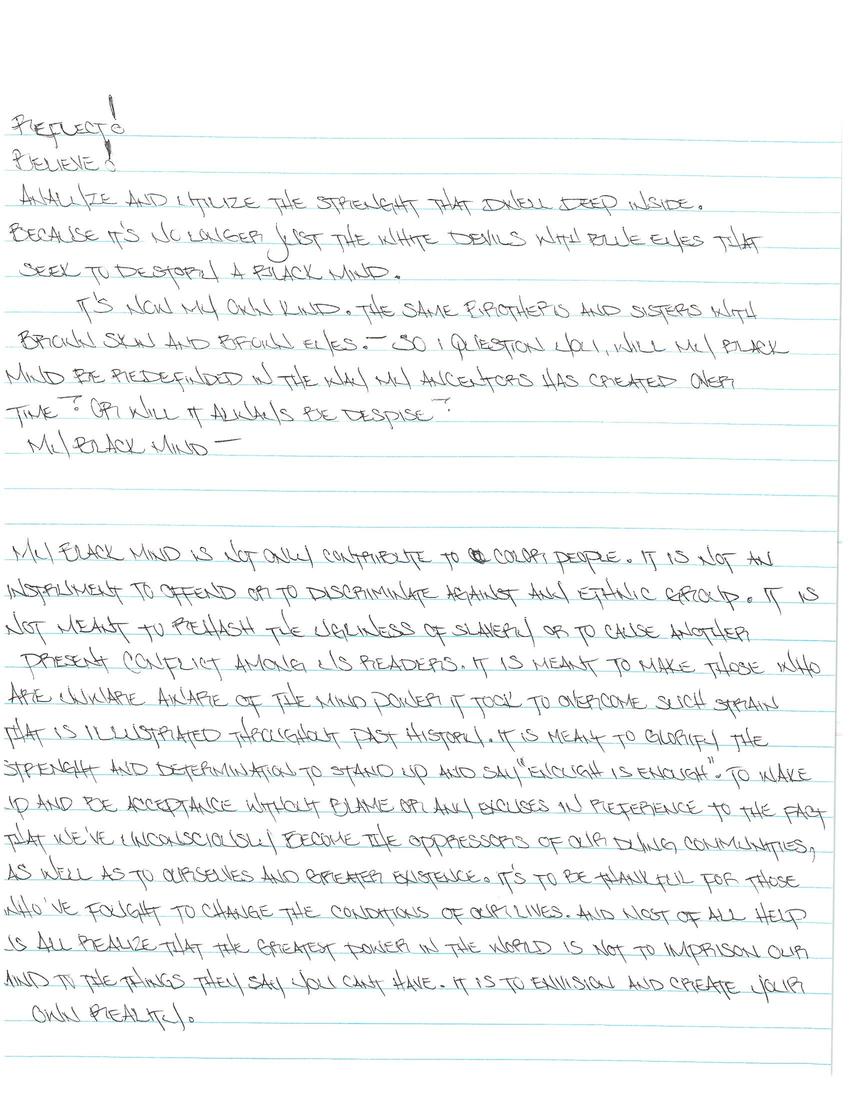 The Urban Apple
My Black Mind
By: Glenn K. Morgan

Let's take this moment to analyze the knowledge that is given. Not of the current state but from the ancestors that taught the basics of liberation.

From the homeland to a new land where promise of fortune were never kept. From being beaten, humiliated, and forced to give your respect. To a white devil with blue eyes who despise the intelligence of a black mind!

Equivalent my people were to swine, and oppressed by the law of the land that stripped my ancestor the right for a better life.

But for every fallen tear when we endured each strike, while all the while we reach for the stars that remain white. And still we've yet to escape the bondage of past pain, unrescued.

And deep rooted rage because history is now the split image of the present pain. But how can we overcome such cruelty and stupidity when we as people of the 21st centenary have no ambition of becoming a greater being?

Break away from the philosophy that discrete the strength of my creed, and excel to greater lengths because unclouded vision have allowed them to see a greater belief. For I've heard of and seen great activists, kings, and queens that challenged the failure philosophy and achieved greater things because they chose to believe in the dreams that no longer hinder me.

Analyze and utilize the strength that dwell deep inside. Because it's no longer just the white devils with blue eyes that seek to destroy a black mind.

It's now my own kind. The same brothers and sisters with brown skin and brown eyes. So I question you, will my black mind be redefined in the way my ancestors has created over time? Or will it always be despised?

My black mind is not only contribute to colored people. It is not an instrument to offend or to discriminate against an ethnic group. It is not meant to rehash the ugliness of slavery or to cause another present conflict among us readers. It is meant to make those who are unaware, aware of the mind power it took to overcome such strain that is illustrated throughout past history. It is meant to glorify the strength and determination to stand up and say "enough is enough". to wake up and be acceptance without blame or any excuses in reference to the fact that we've unconsciously become the oppressors of our dying communities, as well as to ourselves and greater existence. It's to be thankful for those who've fought to change the conditions of our lives. And most of all help us all realize that the greatest power in the world is not to imprison our mind to the things they say you can't have. It is to envision and create your own reality.