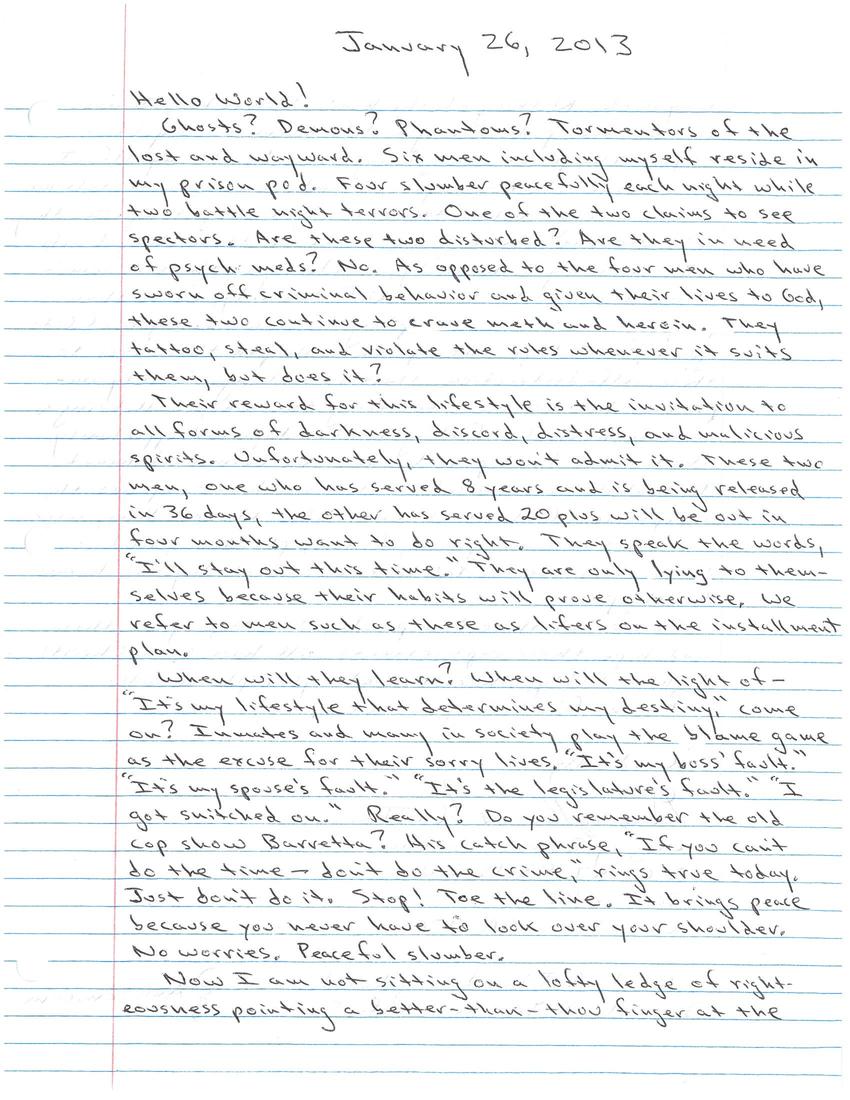 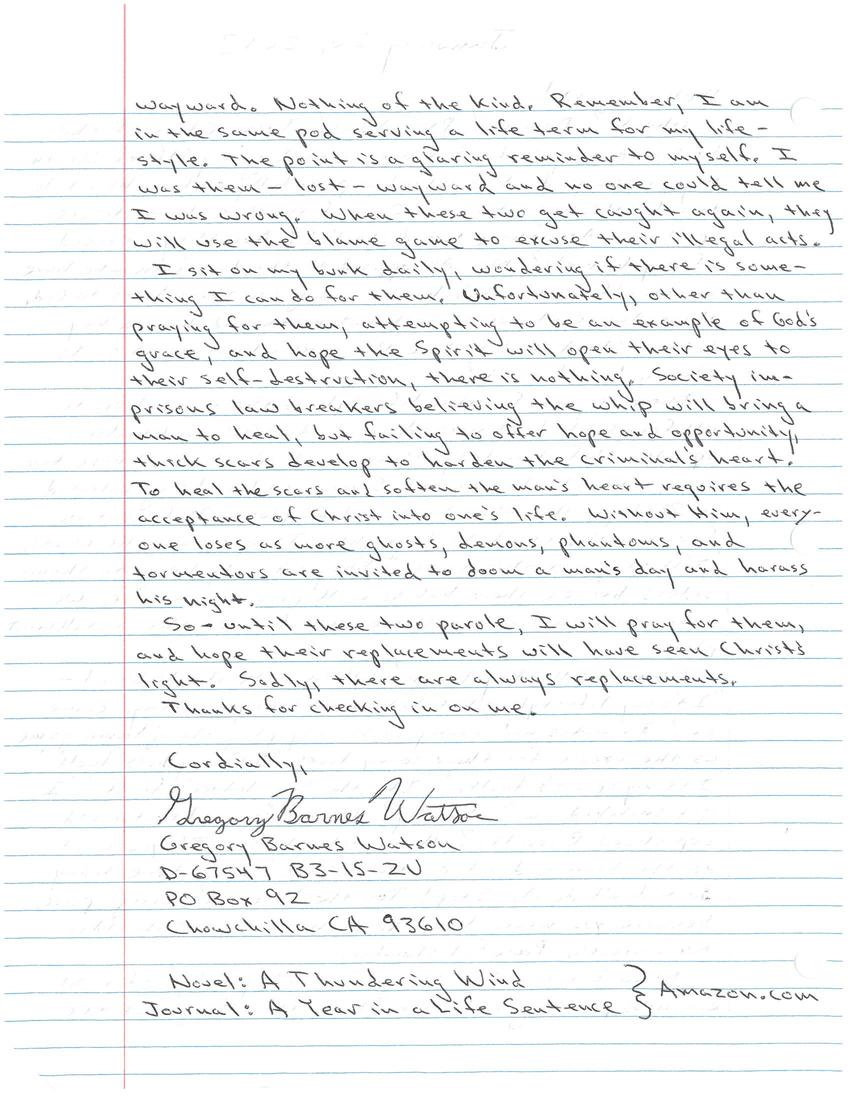 Hello World!
Ghosts? Demons? Phantoms? Tormentors of the lost and wayward. Six men including myself reside in my prison pod. Four slumber peacefully each night while two battle night terrors. One of the claims to see spectors. Are these two disturbed? Are they in need of psych meds? No. As opposed to the four men who have sworn off criminal behavior and given their lives to God, these two continue to crave meth and heroin. They tattoo, steal and violate the rules whenever it suits them, but does it?

Their reward for this lifestyle is the invitation to all forms of darkness, discord, distress, and malicious spirits. Unfortunately, they won't admit it. These two men, one has served 8 years and is being released in 36 days, the other has served 20 plus will be out in four months want to do right. They speak the words, "I'll stay out this time." They are only lying to themselves because their habits will prove otherwise. We refer to men such as these as lifers on the installment plan.

When will they learn? When will the light of - "It's my lifestyle that determines my destiny" come on? Inmates and many in society play the blame game as the excuse for their sorry lives. "It's my boss' fault." "It's my spouse's fault." "It's the legislature's fault." "I got switched on." Really? Do you remember the old cop show Barretta? His catchphrase, "If you can't do the time - don't do the crime", rings true today. Just don't do it. Stop! Toe the line. It brings peace because you never have to look over your shoulder. No worries. Peaceful slumber.

Now I am not sitting on a lofty ledge of righteousness pointing a better-than-thou finger at the wayward. Nothing of the kind. Remember, I am in the same pod serving a life term for my lifestyle. The point is a glaring reminder to myself. I was them - lost - wayward and no one could tell me I was wrong. When these two get cought again, they will use the blame game to excuse their illegal acts.

I sit on my bunk daily, wondering if there is something I can do for them. Unfortunately, other than praying for them, attempting to be an example of God's grace, and hope the Spirit will open their eyes to their self-destruction, there is nothing. Society imprisons law breakers believing the whip will bring a man to heal, but failing to offer hope and opportunity, thick scars develop to harden the criminal's heart. To heal the scars and soften the man's heart requires the acceptance of Christ into one's life. Without Him, everyone loses as more ghosts, demons, phantoms, and tormentors are invited to doom a man's day and harass his night.

So - until these two parole, I will pray for them, and hope their replacements will have seen Christ's light. Sadly, there are always replacements.

Novel: A Thundering Wind}
Journal: A Year in a Life Sentence} Amamzon.com