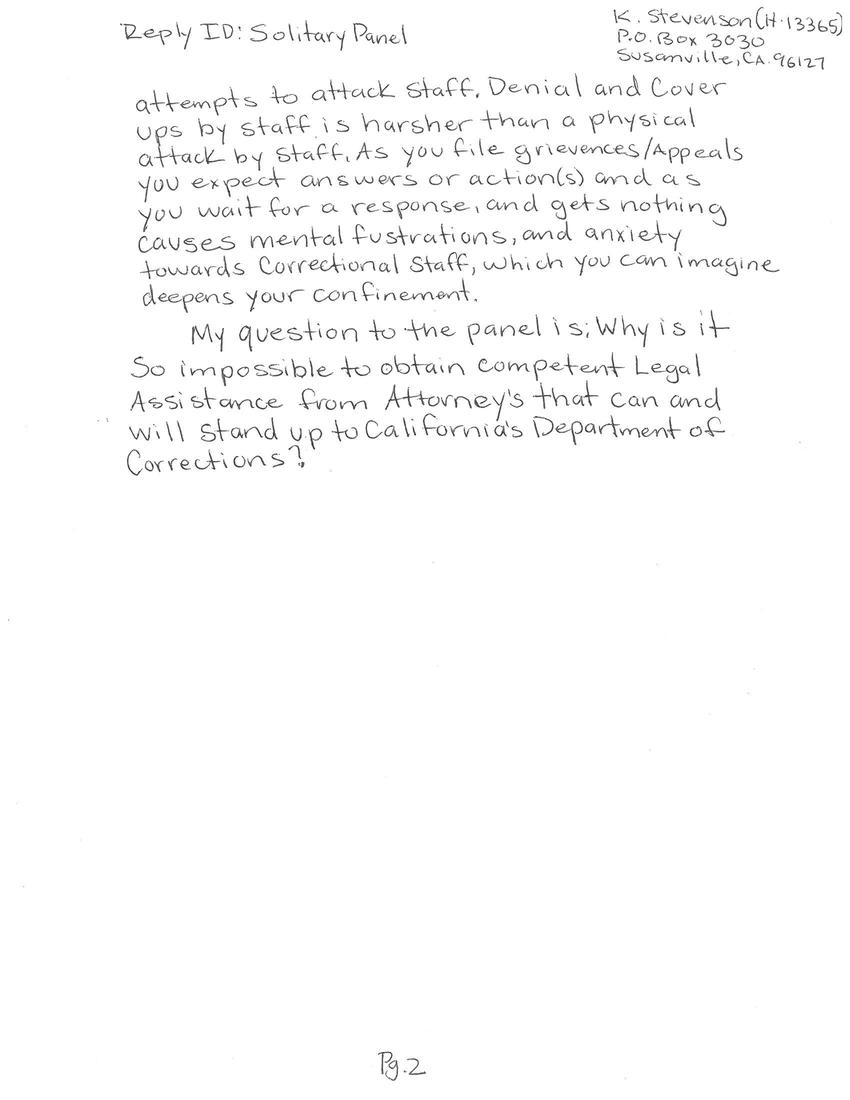 During my Incarceration, I have had several stints in Solitary Confinement, from being a witness to inmate rights Violations, to being the so call subject because of my will to stand up to Correctional Staff to challenge their action(s) as they violate the California's Code of Regulations.

Once an inmate is housed in Administration Segregation, or Solitary Confinement he/she no longer become able to communicate to Administration Staff of family because of all that inmates Mail incoming/outgoing is subject to a close group of Correctional Officers that take pride in violating an inmates rights, and not allowing mail that exposes human rights violations out of the housing units.

My experiences with Solitary Confinement opened my eyes to the unjust action(s) and violation(s) that occur daily by staff, and if an inmate is housed under these conditions he/she can/will become frustrated, and exhausted in his/her attempt to appeal simple issues such as toiletries, showers, mail and up to the reasons for their confinements.

As an individual that have spent months at a time in isolation one tends to absorb the cruelty that goes on, or get frustrated and attempts to attack staff. Denial and Cover Ups by staff is harsher than a physical attack by staff. As you file the grievances/Appeals you expect answers or action(s) and as you wait for a response, and gets nothing causes mental frustrations, and anxiety towards Correctional Staff, which you can imagine deepens your confinement.

My question to the panel is: Why is it so impossible to obtain competent Legal Assistance from Attorneys that can and will stand up to California's Department of Corrections?