The Fleecing Of California 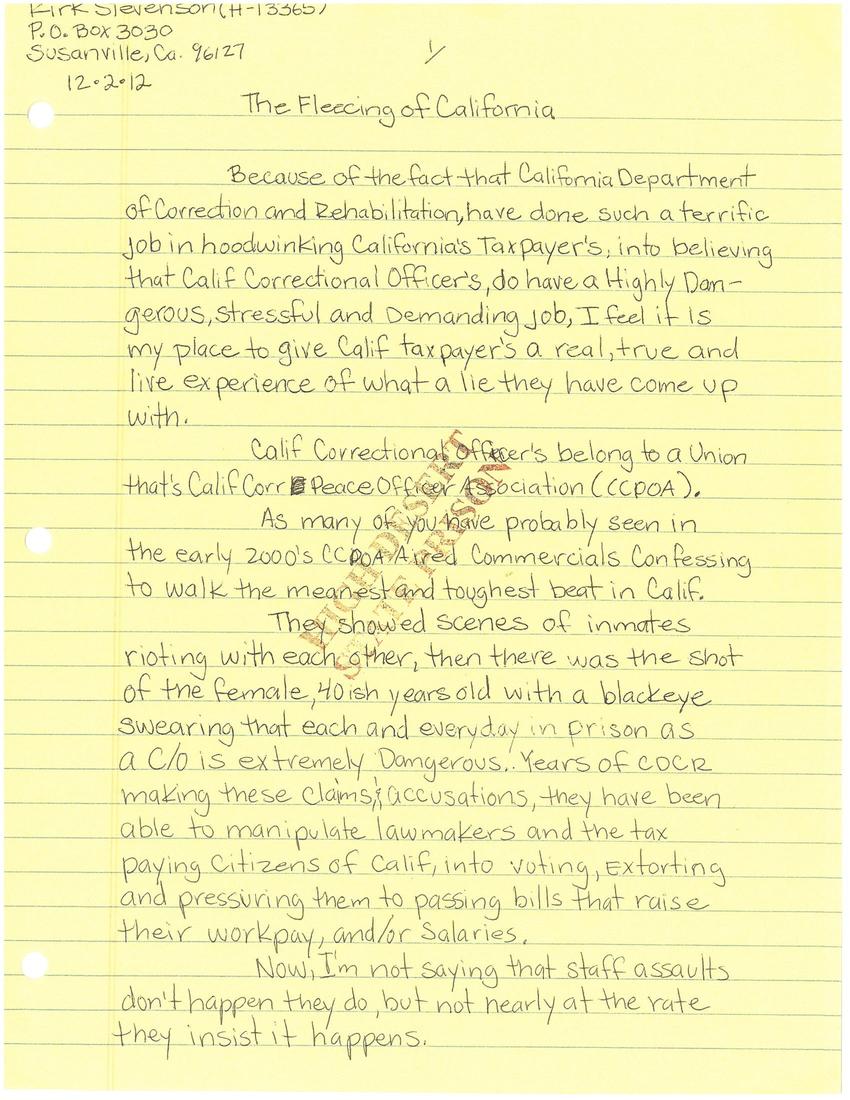 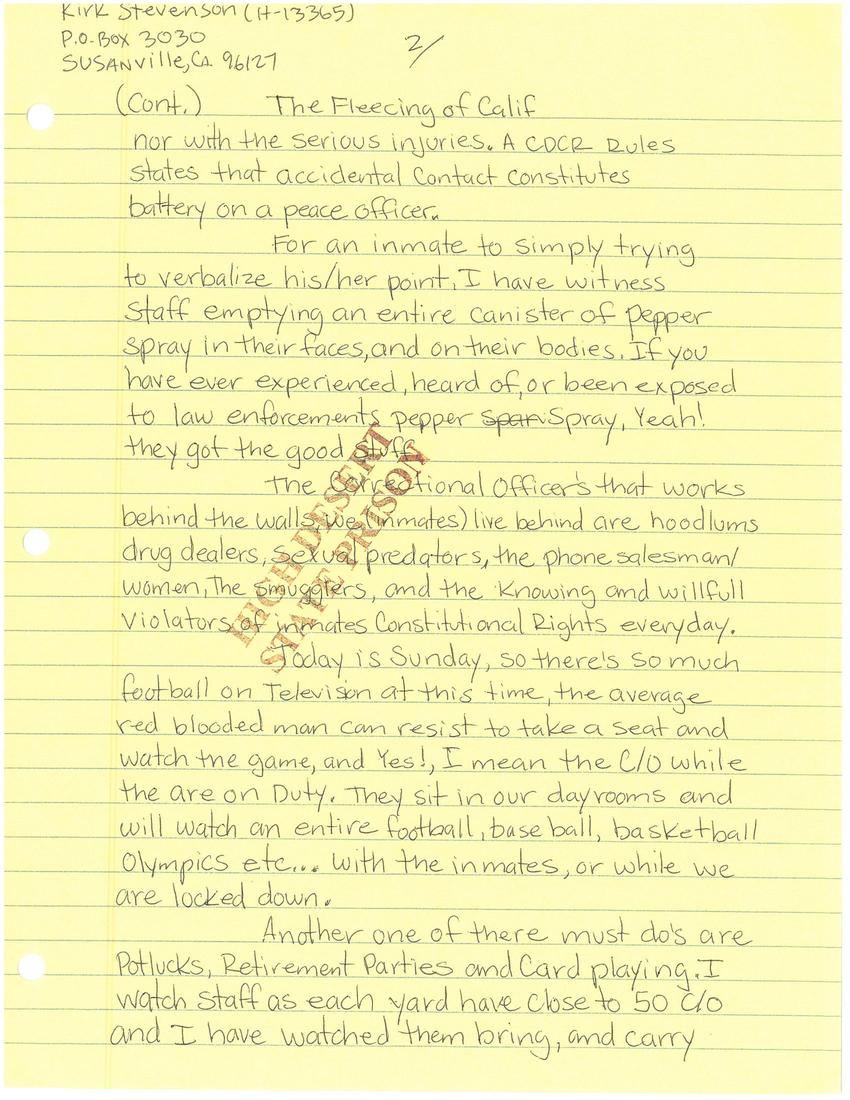 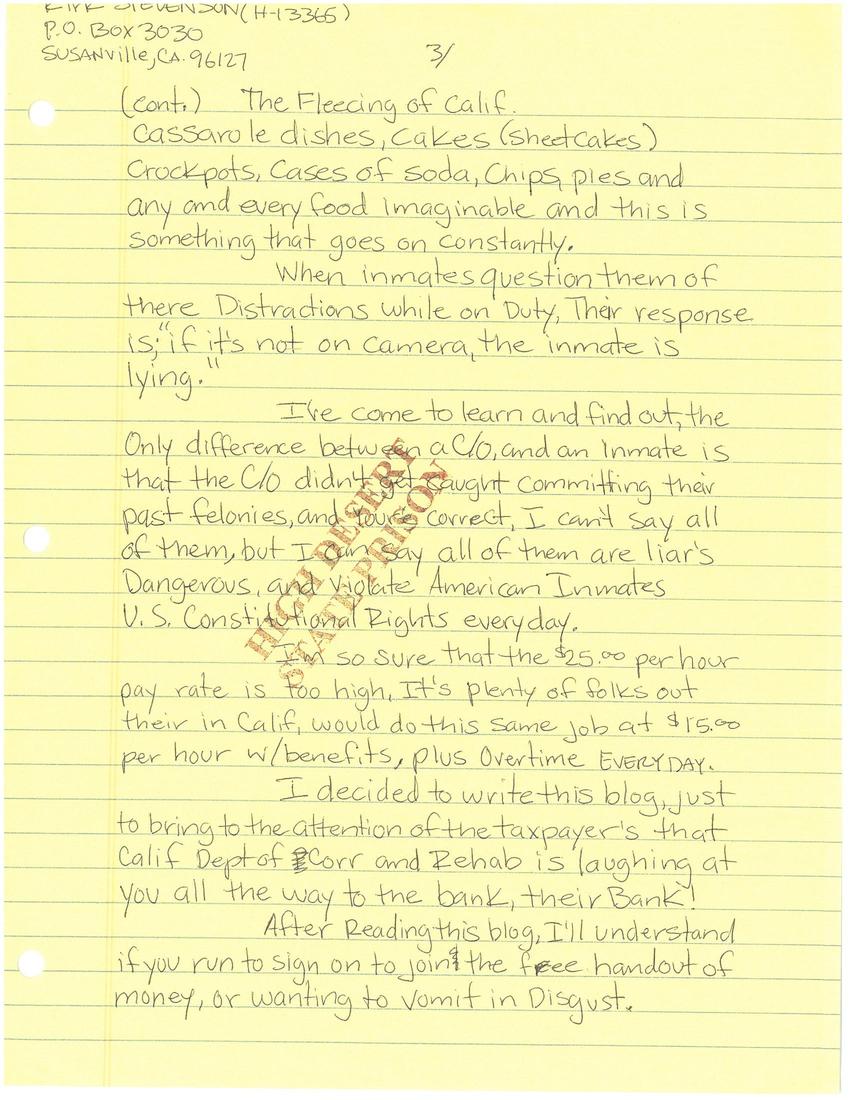 The Fleecing of California

Because of the fact that California Department of Correction and Rehabilitation, have done such a terrific job in hoodwinking California's taxpayers, into believing that Calif Correctional Officers do have a highly dangerous, stressful and demanding job, I feel it is my place to give Calif taxpayers a real, true and live experience of what a lie they have come up with.

As many of you have probably seen in the early 2000s CCPOA aired commercials confessing to walk the meanest and toughest beat in Calif.

They showed scenes of inmates rioting with each other, then there was the shot of the female, 40ish years old with a black eye swearing that each and every day in prison as a C/O is extremely dangerous. Years of CDCR making these claims & accusations, they have been able to manipulate lawmakers and the tax paying citizens of Calif, into voting, extorting and pressuring them to passing bills that raise their workpay, and/or salaries.

Now, I'm not saying that staff assaults don't happen, they do, but not nearly at the rate they insist it happens, nor with the serious injuries. A CDCR rules states that accidental contact constitutes battery on a peace officer.

For an inmate to simply trying to verbalize his/her point, I have witnessed staff emptying an entire canister of pepper spray in their faces, and on their bodies. If you have ever experienced, heard of, or been exposed to law enforcement's pepper spray, yeah! They got the good stuff.

The correctional officers that works behind the walls we (inmates) live behind are hoodlums, drug dealers, sexual predators, the phone salesman/women, the smuggles, and the knowing and willful violators of inmates' constitutional rights every day.

Today is Sunday, so there's so much football on television at this time, the average red blooded man can resist to take a seat and watch the game and yes!, I mean the C/O while they are on duty. They sit in our dayrooms and will watch an entire football, baseball, basketball, Olympics etc... with the inmates, or while we are locked down.

Another one of their must do's are potlucks, retirement parties and card playing. I watch staff as each yard have close to 50 C/O and I have watched them bring, and carry casserole dishes, cakes (sheetcakes), crockpots, cases of soda, chips, pies and any and every food imaginable and this is something that goes on constantly.

When inmates question them of their distractions while on duty, their response is, "if it's not on camera, the inmate is lying".

I've come to learn and find out, the only difference between a C/O, and an inmate is that the C/O didn't get caught committing their past felonies, and you're correct, I can't say all of them, but I can say all of them are liars, dangerous, and violate American inmates' U.S. Constitutional Rights every day.

I'm so sure that the $25.00 per hour pay rate is too high. It's plenty of folks out there in Calif, would do this same job at $15.00 per hour w/benefits, plus overtime EVERY DAY.

I decided to write this blog, just to bring to the attention of the taxpayers that Calif Dept of Corr and Rehab is laughing at you all the way to the bank, their bank!

After reading this blog, I'll understand if you run to sign on to join the free handout of money, or wanting to vomit in disgust.

Your handwriting is awesome and VERY easy on the eyes.
(scanned reply – view as blog post)
uploaded March 11, 2013.  Original (PDF) 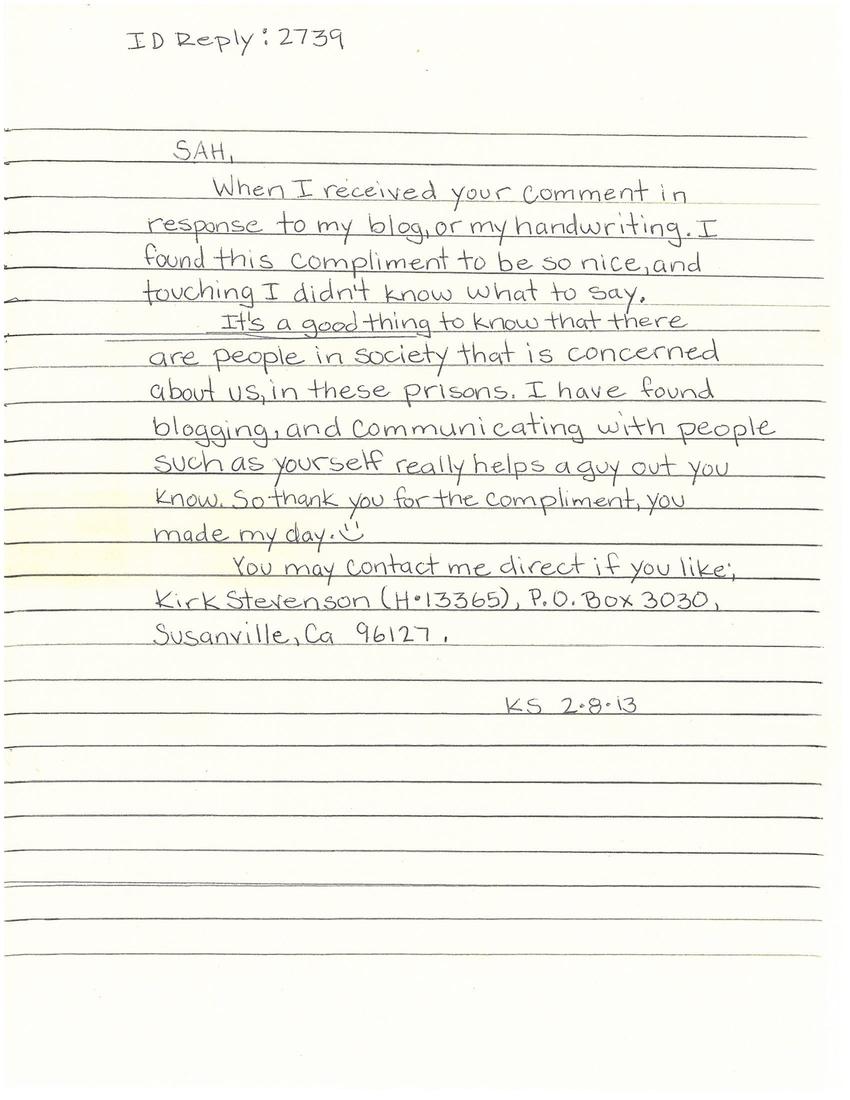