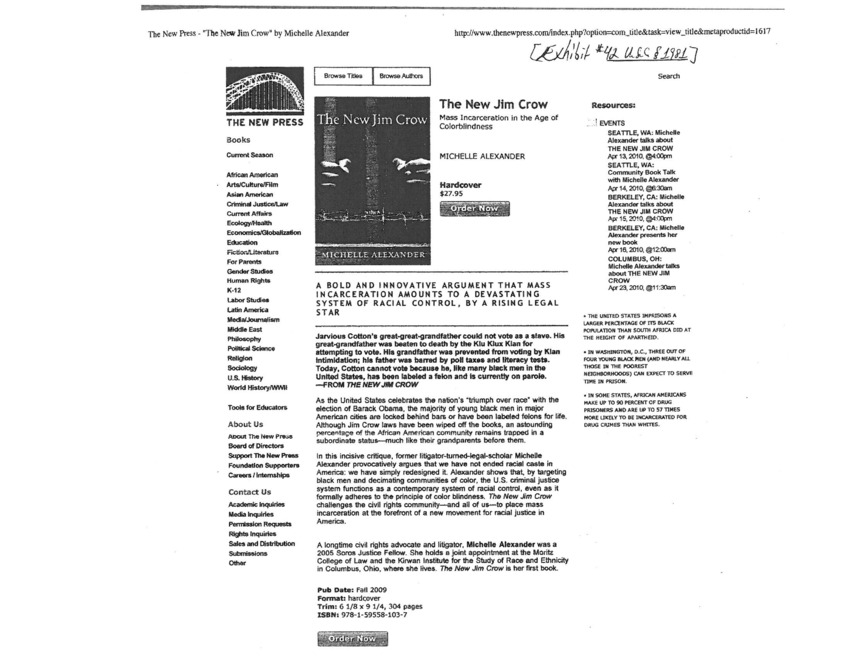 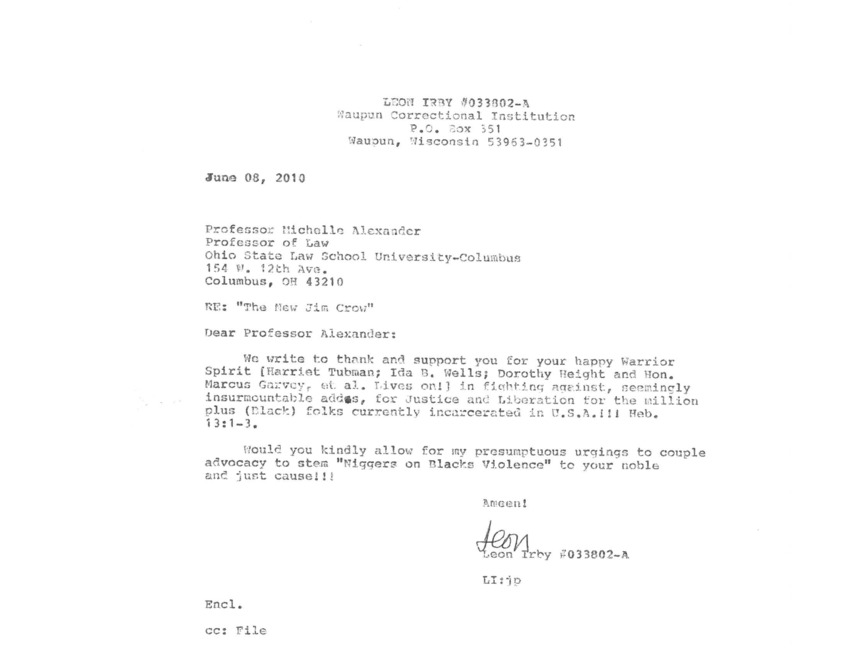 Printed page of this: https://thenewpress.com/books/new-jim-crow

The New Jim Crow
Mass Incarceration in the Age of Colorblindness

“A troubling and profoundly necessary book.” —The Miami Herald

Once in a great while a book comes along that changes the way we see the world and helps to fuel a nationwide social movement. The New Jim Crow is such a book. Praised by Harvard Law professor Lani Guinier as “brave and bold,” this book directly challenges the notion that the presidency of Barack Obama signals a new era of colorblindness. With dazzling candor, legal scholar Michelle Alexander argues that “we have not ended racial caste in America; we have merely redesigned it.” By targeting black men through the War on Drugs and decimating communities of color, the U.S. criminal justice system functions as a contemporary system of racial control—relegating millions to a permanent second-class status—even as it formally adheres to the principle of colorblindness. In the words of Benjamin Todd Jealous, president and CEO of the NAACP, this book is a “call to action.”

Called “stunning” by Pulitzer Prize–winning historian David Levering Lewis, “invaluable” by the Daily Kos, “explosive” by Kirkus, and “profoundly necessary” by the Miami Herald, this updated and revised paperback edition of The New Jim Crow, now with a foreword by Cornel West, is a must-read for all people of conscience.

RE: The New Jim Crow

We write to thank you and support you for your happy Warrior Spirit (Harriet Tubman, Ida B. Wells, Dorothy Height, and Hon. Marcu Garvey, et al. Tives oni) in fighting against seemingly insurmountable odds for justice and liberation for the millions plus black folks currently incarcerated in the U.S.A!! Reb. 13:1-3.

Would you kindly allow for my presumptuous urgings to couple advocacy to stem "Niggers on Black Violence" to your noble and just counsel!?