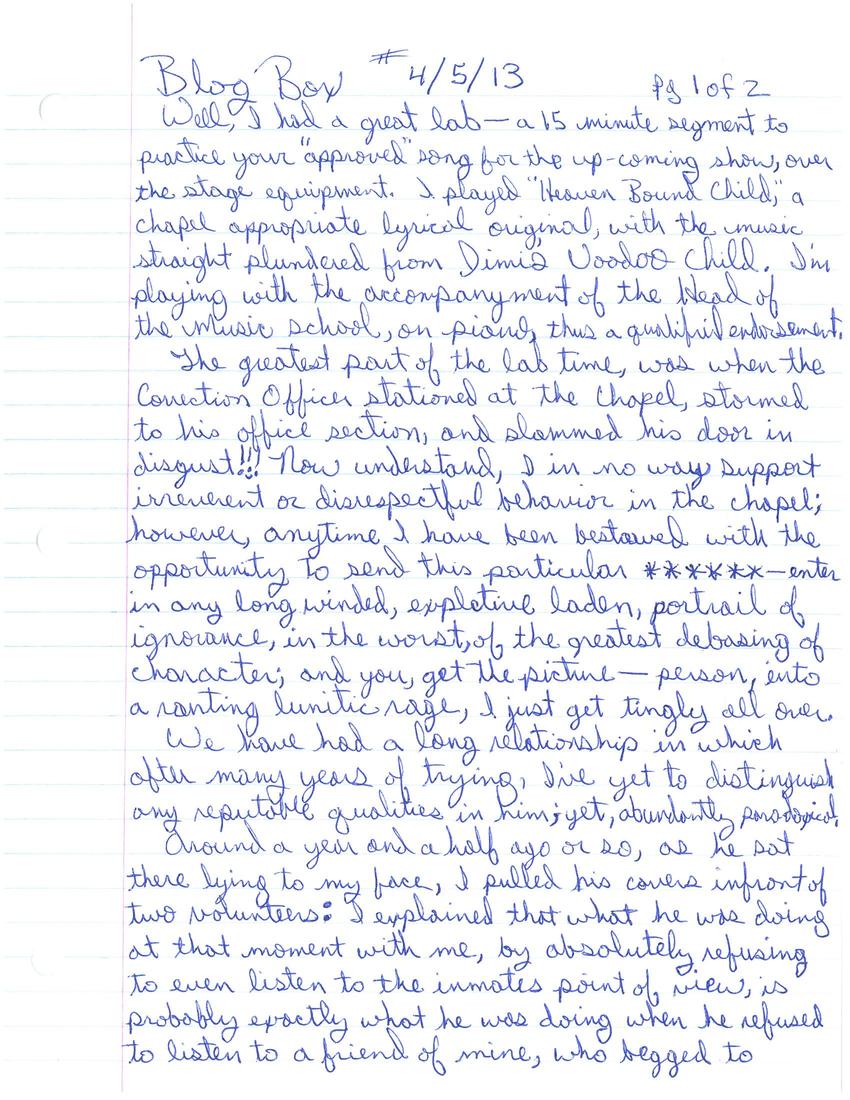 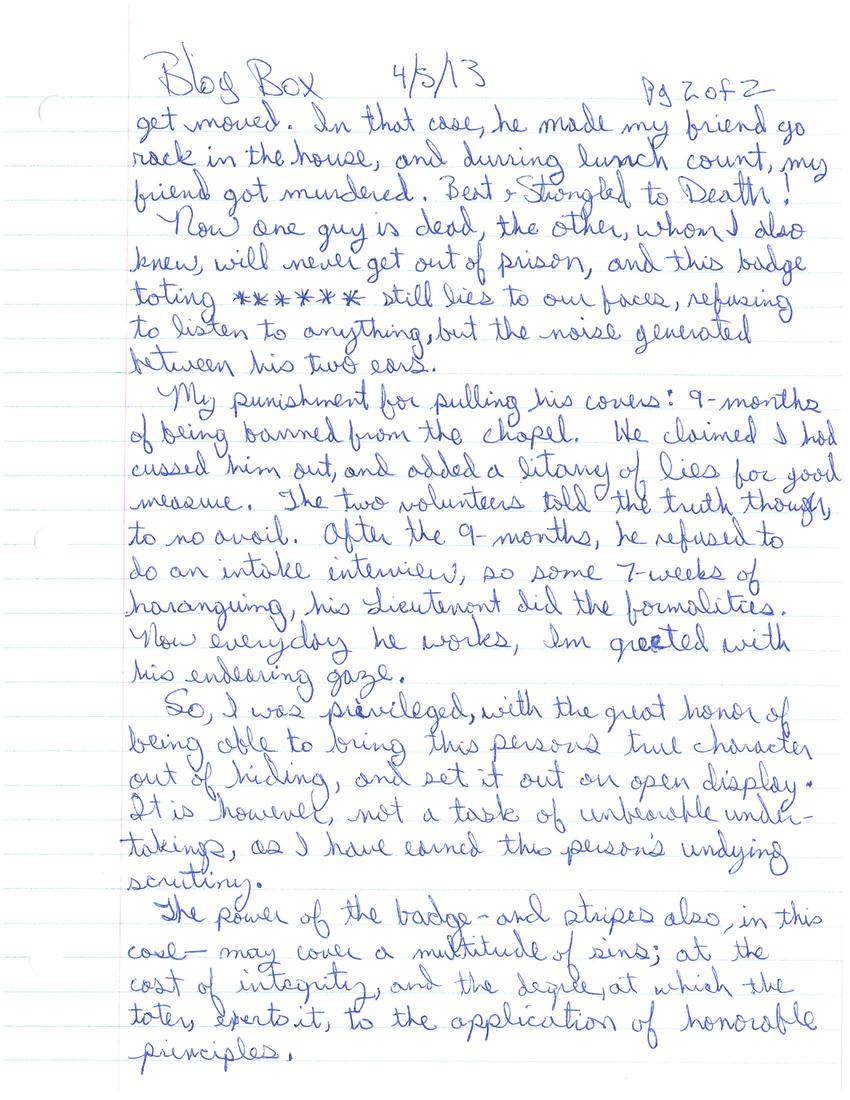 Well, I had a great lab - a 15 minute segment to practice your "approved" song for the up-coming show, over the stage equipment. I played "Heaven Bound Child", a chapel appropriate lyrical original, with the music straight plundered from Jimi's Voodoo Child. I'm playing with the accompaniment of the Head of the music school, on piano, thus a qualified endorsement.

The greatest part of the lab time, was when the Correction Officer stationed at the chapel, stormed to his office section, and slammed his door in disgust!!! Now understand, I in no way support irreverent or disrespectful behavior in the chapel; however, anytime I have been bestowed with the opportunity to send this particular ****** - enter in any long winded, expletive laden, portrait of ignorance, in the worst, of the greatest debasing of character; and you get the picture - person, into a ranting lunatic rage, I just get tingly all over.

We have had a long relationship in which after many years of trying, I've just to distinguish any reputable qualities in him; yet, abundantly paradoxical.

Around a year and a half ago or so, as he sat there lying to my face, I pulled his covers in front of two volunteers: I explained that what he was doing at that moment with me, by absolutely refusing to even listen to the inmate's point of view, is probably exactly what he was doing when he refused to listen to a friend of mine, who begged to get moved. In that case, he made my friend go rack in the house, and during lunch count, my friend got murdered. Beat & strangled to death!

Now one guy is dead, the other, whom I also knew, will never get out of prison, and this badge toting ****** still lies to our faces, refusing to listen to anything, but the noise generated between his two ears.

My punishment for pulling his covers: 9-months of being banned from the chapel. He claimed I had cussed him out, and added a litany of lies for good measure. The two volunteers told the truth though, to no avail. After the 9-months, he refused to do an intake interview, so some 7-weeks of haranguing, his lieutenant did the formalities. Now every day he works, I'm greeted with his endearing gaze.

So, I was privileged, with the great honor of being able to bring this person's true character out of hiding, and set it out on open display. It is, however, not a task of unbearable undertaking, as I have earned this person's undying scrutiny.

The power of the badge - and stripes also, in this case - may cover a multitude of sins; at the cost of integrity, and the degree, at which the toter, exerts it, to the application of honorable principles.