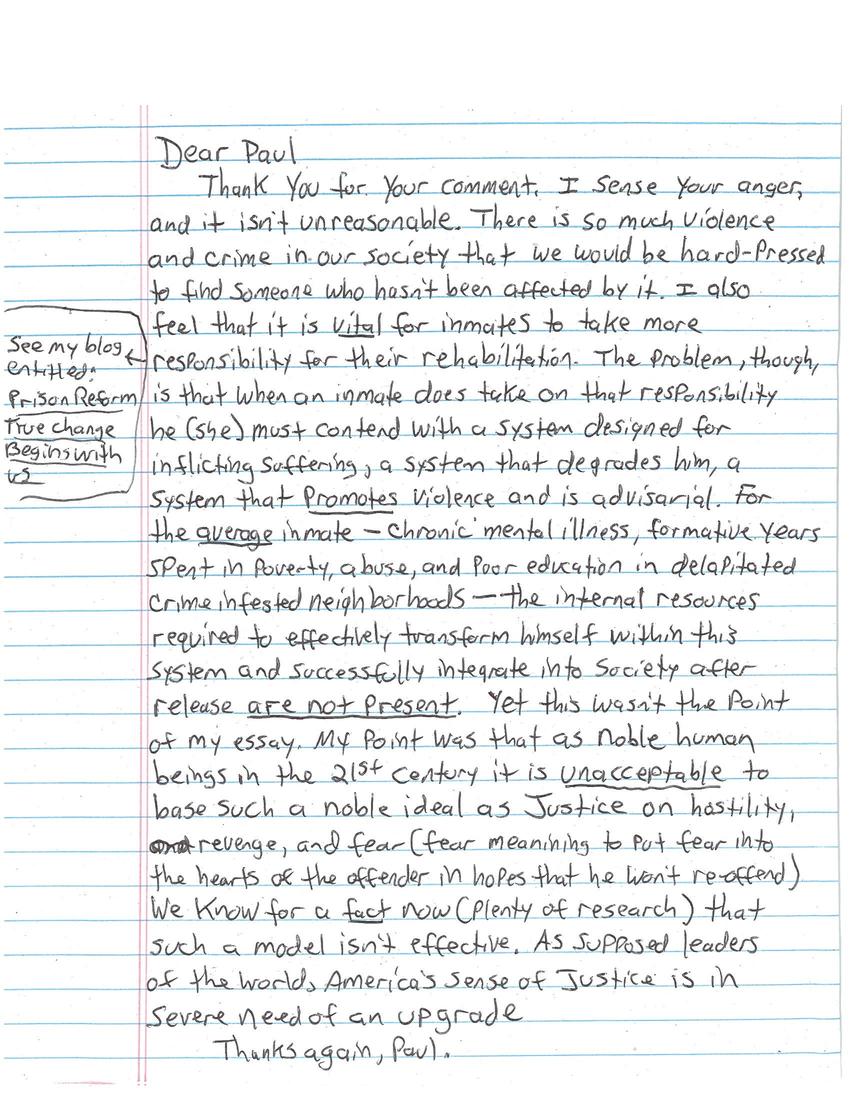 Thank you for your comment. I sense your anger, and it isn't unreasonable. There is so much violence and crime in our society that we would be hard-pressed to find someone who hasn't been affected by it. I also feel that it is vital for inmates to take more responsibility for their rehabilitation. The problem, though is that when an inmate does not take on that responsability he (she) must contend with a system designed for inflicting suffering, a system that degrades him, a system that promotes violence and is adversarial. For the average inmate - chronic mental illness, formative years spent in poverty, abuse, and poor education in dilapidated crime infested neighbourhoods - the internal resources required to effectively transform himself within this system and successfully integrate into society after release are not present. Yet this wasn't the point of my essay. My point was that as noble human beings in the 21st century it is unacceptable to base such a noble ideal as justice on hostility, revenge, and fear (fear meaning to put fear into the hearts of the offender in the hopes that he won't re-offend). We know know for a fact now (plenty of research) that such a model isn't effective. As supposed leaders of the world, America's sense of justice is in severe need of an upgrade.