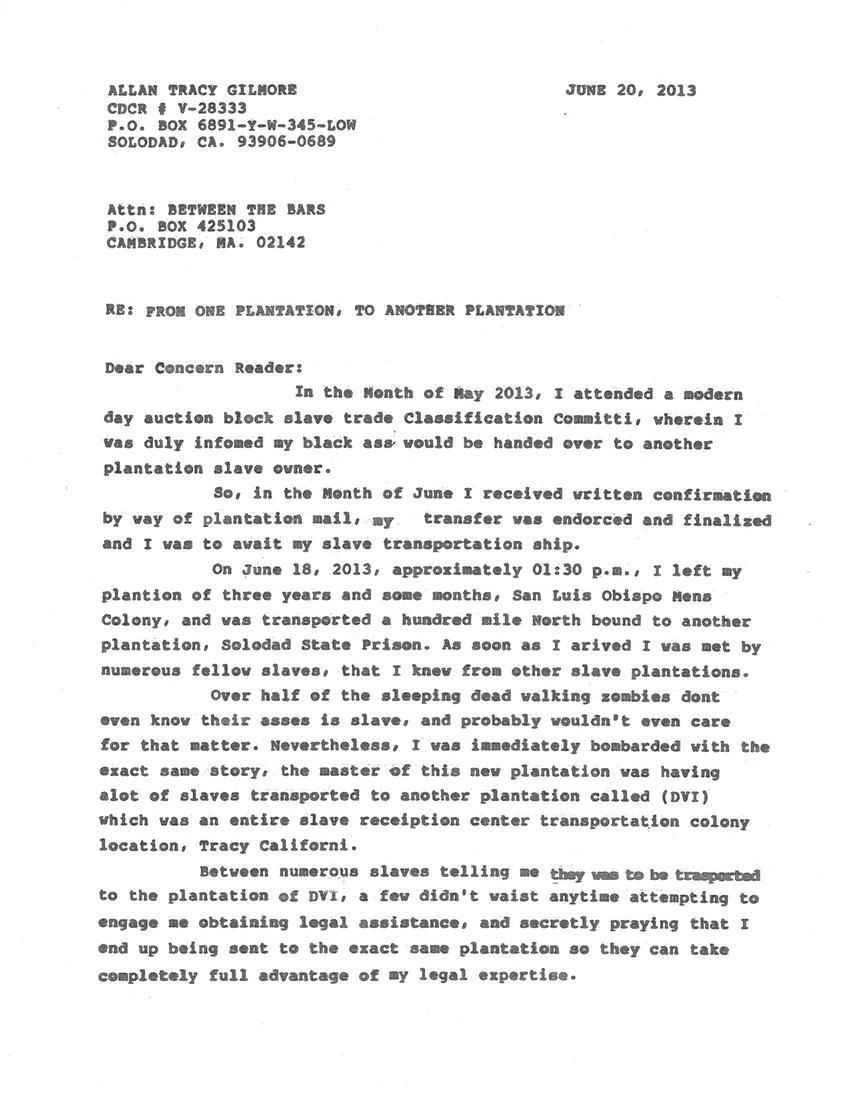 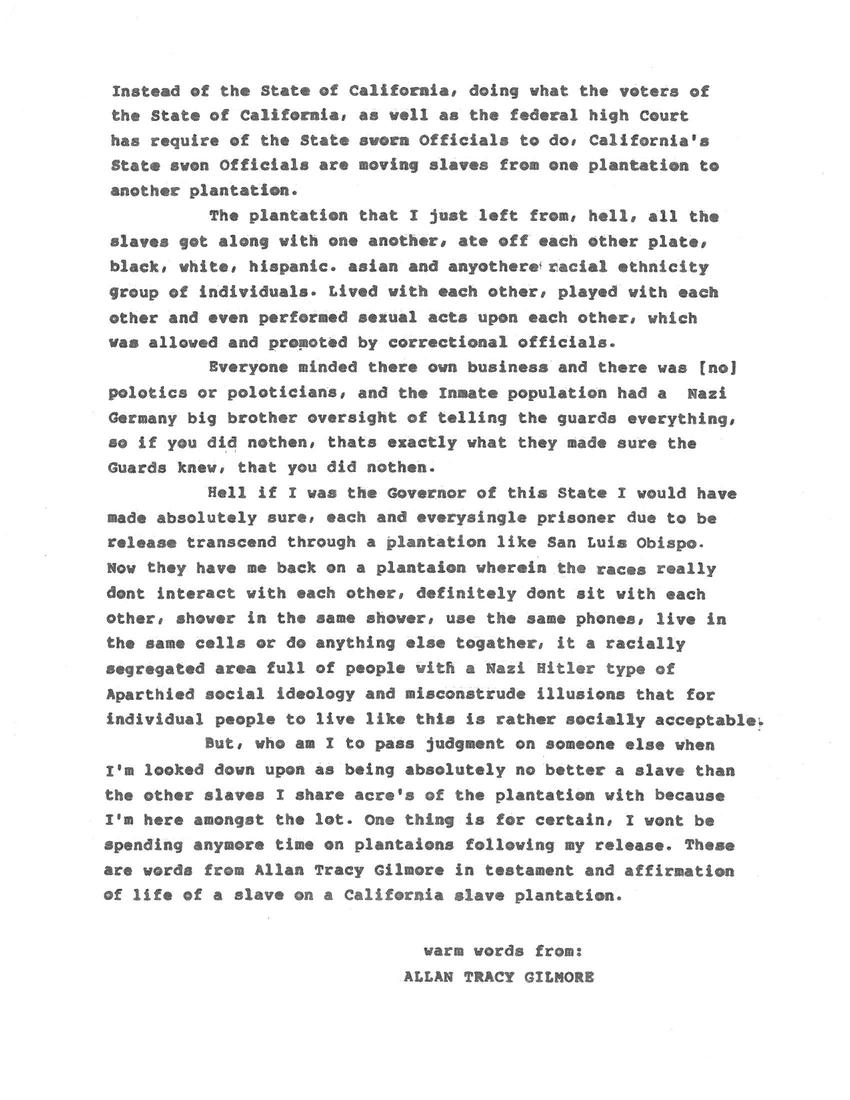 In the month of May 2013, I attended a modern day auction block slave trade Classification Committie, wherein I was duly informed my balck ass would be handed over to another plantation slave owner.

So, in the Month of June I received written confirmation by way of plantation mail, my transfer was endorsed and finalised and I was to await my slave transportation ship.

On Jume 18, 2013, approximately 1:30pm, I left my plantation of three years and some months, San Luis Obispo Mens Colony, and was transported a hundred mile North bound to another plantation, Solodad State Prison. As soon as I arrived I was met by numerous fellow slaves, that I knew from other slave plantations.

Over half of the sleeping dead walking zombies don't even know their asses is slave, and probably wouldn't even care for that matter. Nevertheless, I was immediately bombarded with the exact same story, the master of this plantation was having a lot of slaves transported to another plantation called (DVI) which was an entire slave reception centre transportation colony location, Tracy Californi.

Between numerous slaves telling me they were to be transported to the plantation of DVI, a few didn't waste any time attempting to engage me obtaining legal assistance, and secretly praying that I ended up being sent to the exact same plantation so they can take completely full advantage of my legal expertise.

The plantation that I just left from, hell, all the slaves got along with one another, ate off each other's plate, black, white, hispanic. Asian and any other racial ethnicity group of individuals. Lived with each other, played with each other and even performed sexual acts upon each other, which was allowed and promoted by correctional officials.

Everyone minded their own business and there were no politics or politicians, and the inmate population had a Nazi Germany big brother oversight of telling the guards everything so if you did nothing, that's exactly what they made sure the Guards knew, that you did nothing.

Hell if I was the Governor of this State I would have made absolutely sure, each and every single prisoner due to be released transcend through a plantation like San Luis Obispo. Now they have me back on a plantation wherein the races really don't interact with each other, definitely don't sit with each other, shower in the same shower, use the same phones, live in the same cells or do anything else together, it's a racially segregated area full of people with a Nazi Hitler type of Apartheid social ideology and misconstrued illusions that for individual people to live like this is rather socially acceptable.

But, who am I to pass judgement on someone else when I'm looked down upon as being absolutely no better a slave than the other slaves I share acre's of the plantation with because I'm here amongst the lot. One thing is for certain, I won't be spending any more time on my plantations following my release. These are words from Allan Tracy Gilmore in testament and affirmation of life of a slave on a California slave plantation.

Thanks for writing! I finished the transcription for your post.
(scanned reply – view as blog post)
uploaded Sept. 1, 2013.  Original (PDF) 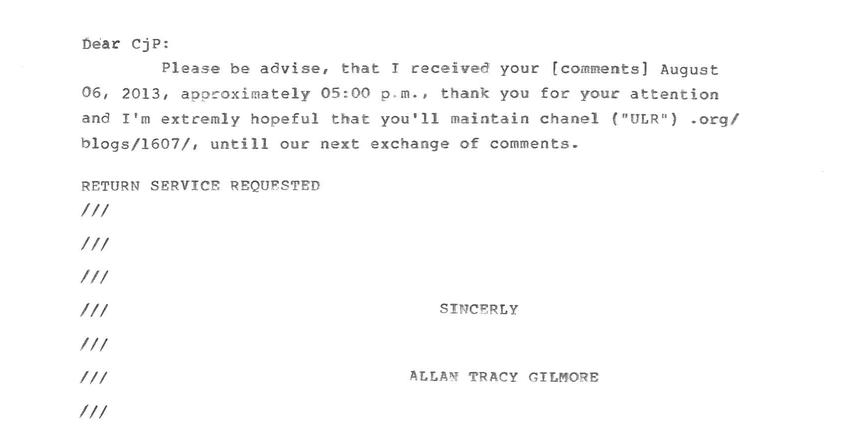