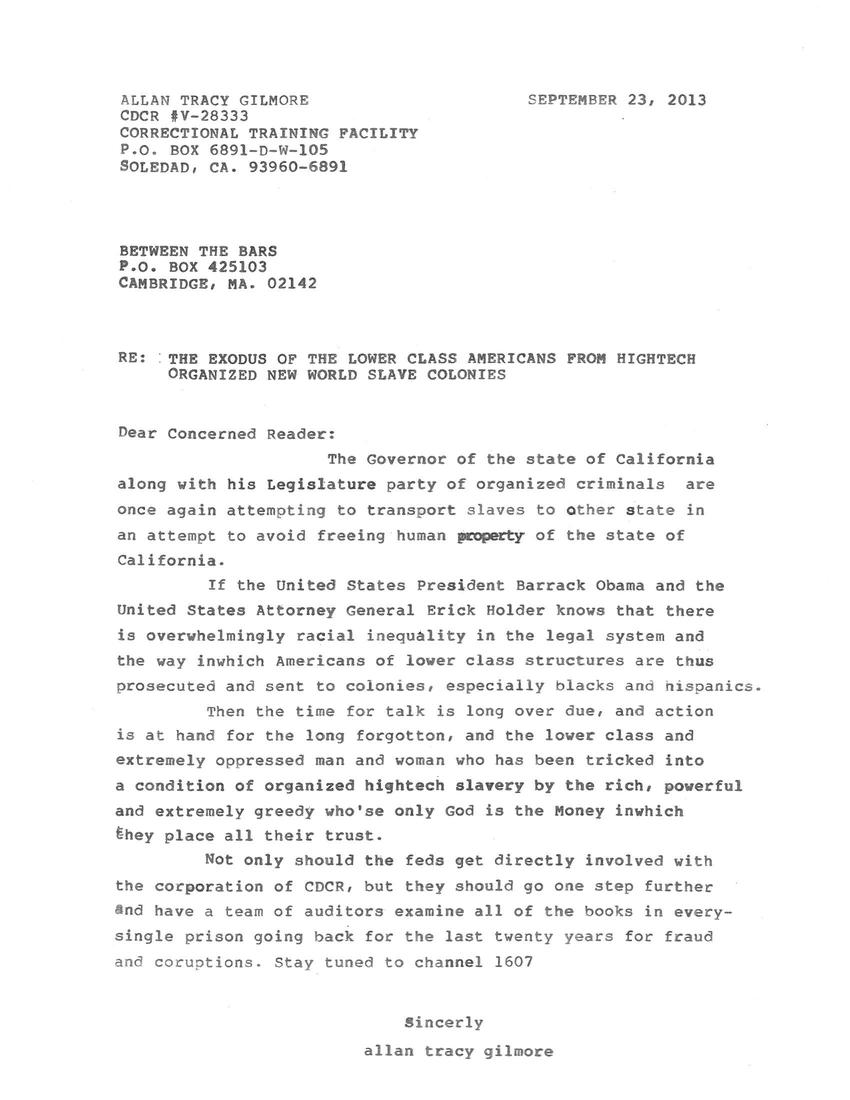 RE: The exodus of the lower class Americans from high tech organized New World slave colonies

If the United States President Barack Obama and the United States Attorney General Erick Holder knows that there is overwhelmingly racial inequality in the legal system and the way in which Americans of lower class structures are thus prosecuted and sent to colonies, especially blacks and Hispanics.

Then the time for talk is long over due, and action is at hand for the long forgotten, and the lower class and extremely oppressed man and woman who has been tricked into a condition of organized high tech slavery by the rich, powerful and extremely greedy whose only God is the Money in which they place all their trust.

Not only should the feds get directly involved with the corporation of CDCR, but they should go one step further and have a team of auditors examine all of the books in every single prison going back for the last twenty years for fraud and corruptions. Stay tuned to channel 1607.