Blog Material From The CaliforniaGulag 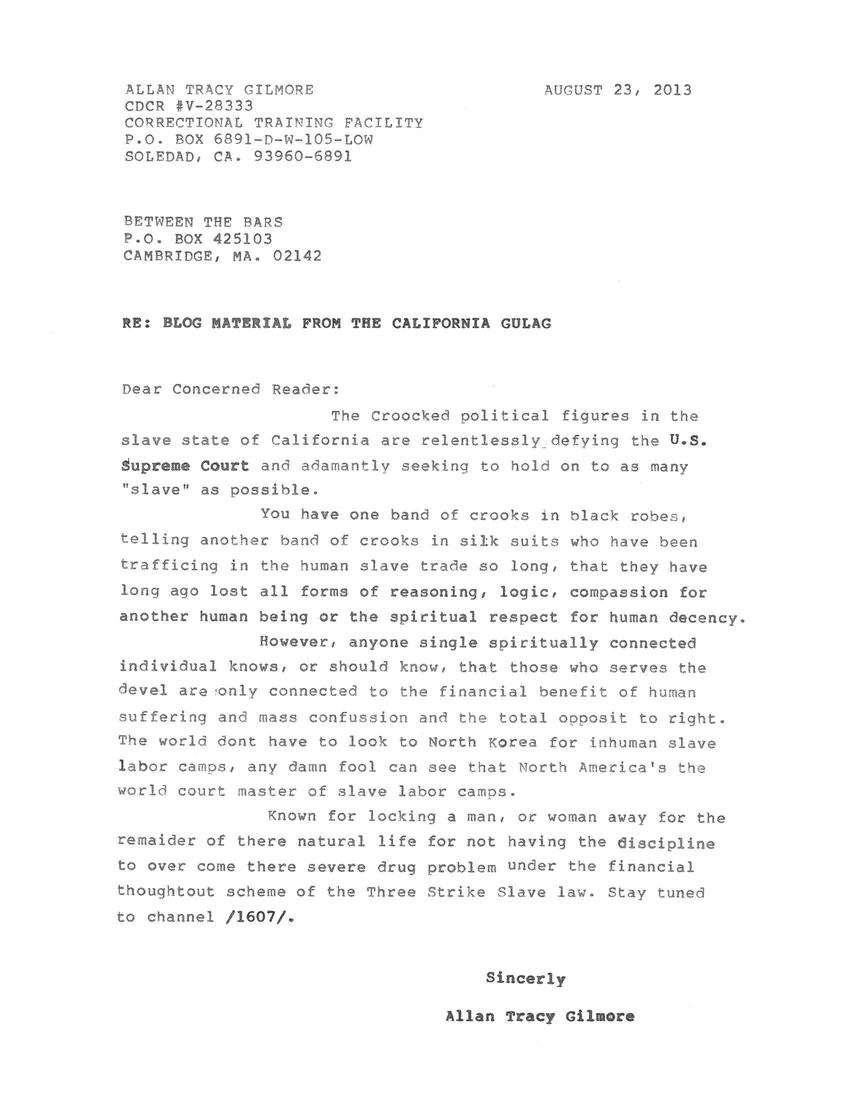 RE: BLOG MATERIAL FROM THE CALIFORNIA GULAG

Dear Concerned Reader:
The Crooked political figures in the
slave state of California are relentlessly defying the U.S.
Supreme Court and adamantly seeking to gold on to as many
"slaves" as possible.
You have one band of crooks in black robes,
telling another band of crooks in silk suits who have been
trafficking in the human slave trade so long, that they have
long ago lost all from of reasoning, logic, and compassion for
another human being or the spiritual respect for human decency.
However, anyone single spiritually connecting
individual knows, or should know, that those who serve the
devil are only connected to the financial benefits of human
suffering and mass confusion and the total opposite to right.
The world doesn't have to look to North Korea for inhuman slave
labor camps, any damn fool can see that North America is the
world court master of slave labor camps.
Known for locking men and woman away for the
remainder of their natural life for not have the discipline
to over come their severe drug problem under the financial
though out scheme of the Three Strike Slave Law. Stay tuned
to channel /1607/.