From One Massah To Another Slave Massah 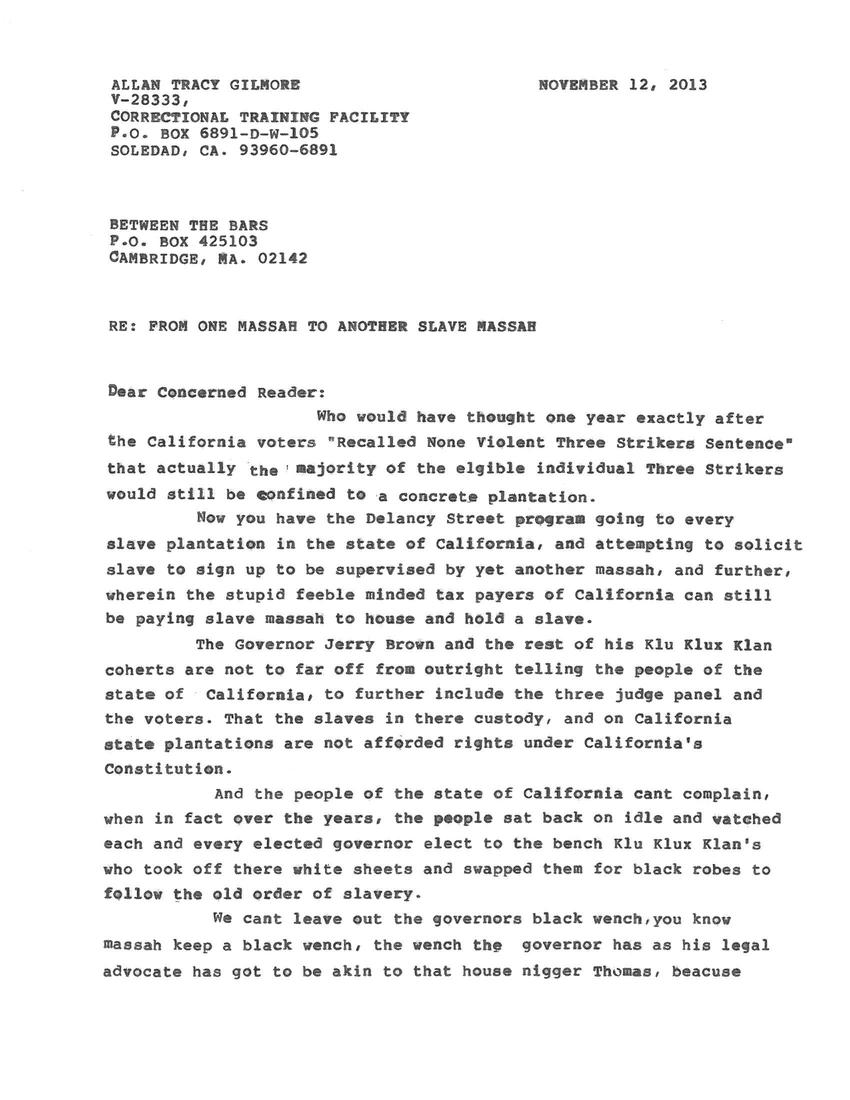 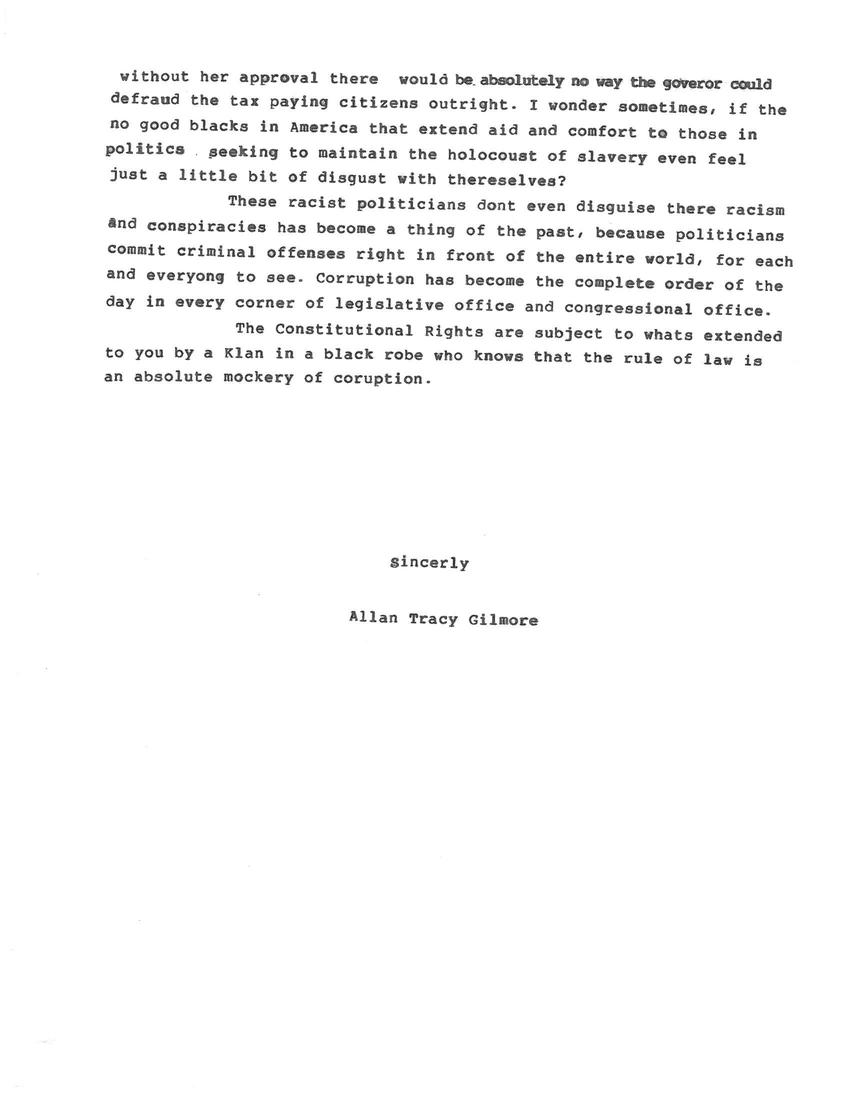 RE: From one massah to another slave massah

Who would have thought one year exactly after the California voters "Recalled Non Violent Three Strikers Sentence" that actually the majority of the eligible individual Three Strikers would still be confined to a concrete plantation.

Now you have the Delancy Street program going to every slave plantation in the state of California, and attempting to solicit slave to sign up to be supervised by yet another massah, and further, wherein the stupid feeble minded tax payers of California can still be paying slave massah to house and hold a slave.

The Governor Jerry Brown and the rest of his Ku Klux Klan cohorts are not too far off from outright telling the people of the state of California, to further include the three judge panel and the voters. That the slaves in their custody, and on California state plantations are not afforded rights under California's Constitution.

And the people of the state of California can't complain, when in fact over the years, the people sat back on idle and watched each and every elected governor elect to the bench Ku Klux Klan's who took off their white sheets and swapped them for black robes to follow the old order of slavery.

We can't leave out the governor's black wench, you know massah keep a black wench, the wench the governor has as his legal advocate has got to be akin to that house nigger Thomas, because without her approval there would be absolutely no way the governor could defraud the tax paying citizens outright. I wonder sometimes, if the no good blacks in America that extend aid and comfort to those in politics seeking to maintain the holocaust of slavery even feel just a little bit of disgust with themselves?

These racist politicians don't even disguise their racism and conspiracies has become a thing of the past, because politicians commit criminal offenses right in front of the entire world, for each and everyone to see. Corruption has become the complete order of the day in every corner of legislative office and congressional office.

The Constitutional Rights are subject to what's extended to you by a Klan in a black robe who knows that the rule of law is an absolute mockery of corruption.