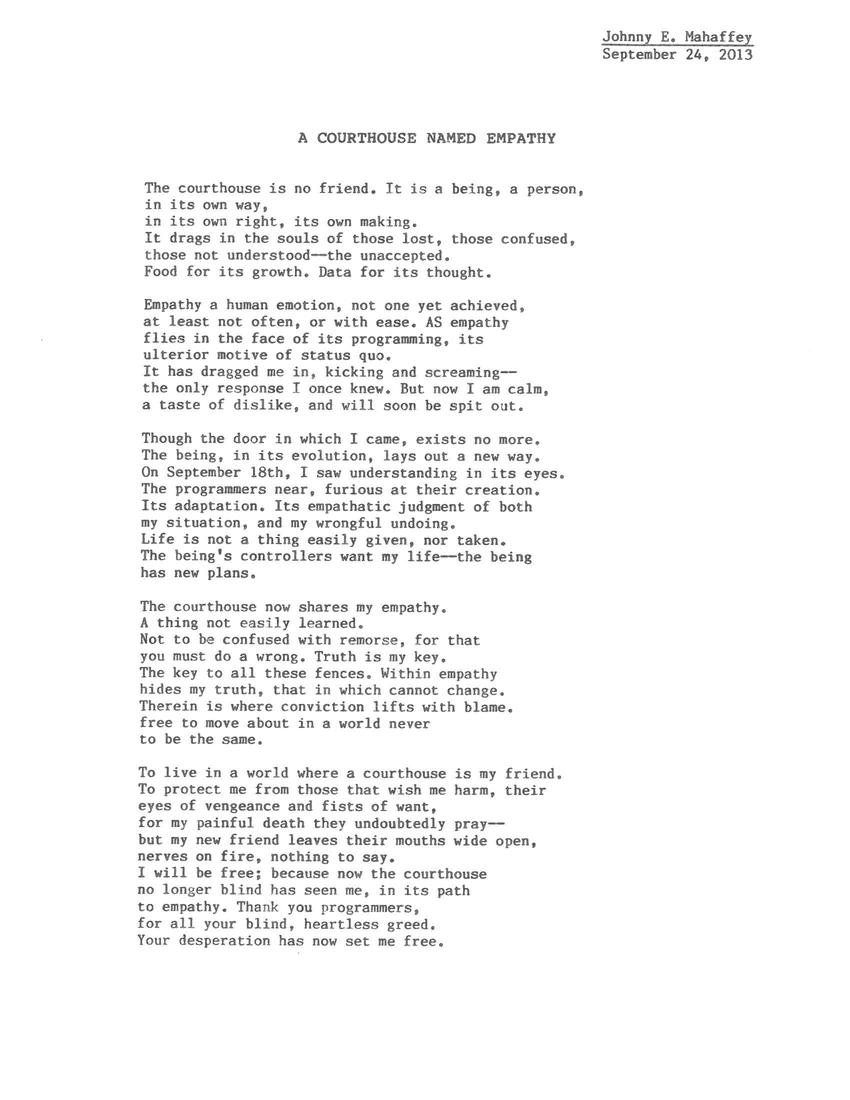 The courthouse is no friend. it is a being, a person,
in its own way,
in its own right, its own making.
It drags in the souls of those lost, those confused,
those not understood -- the unaccepted.
Food for its growth. Data for its thought.

Empathy a human emotion, not one yet achieved,
at least not often, or with ease. AS empathy
flies in the face of its programming, its
ulterior motive of status quo.
It has dragged me in, kicking and screaming --
the only response I once knew. But now I am calm,
a taste of dislike, and will soon be spit out.

Though the door in which I came, exists no more.
The being, in its evolution, lays out a new way.
On September 18th, I saw understanding in its eyes.
The programmers near, furious at their creation.
Its adaptation. Its empathetic judgment of both
my situation, and my wrongful undoing.
Life is not a thing easily given, nor taken.
The being's controllers want my life -- the being
has new plans.

The courthouse now shares my empathy.
A thing not easily learned.
Not to be confused with remorse, for that
you must do a wrong. Truth is my key.
The key to all these fences. Within empathy
hides my truth, that in which cannot change.
Therein is where conviction lifts with blame,
free to move about in a world never
to be the same.

To live in a world where a courthouse is my friend.
To protect me from those that wish me harm, their
eyes of vengeance and fists of want,
for my painful death they undoubtedly pray --
but my new friend leaves their mouths wide open,
nerves on fire, nothing to say.
I will be free; because now the courthouse
no longer blind has seen me, in its path
to empathy. Thank you, programmers,
for all your blind, heartless greed.
Your desperation has now set me free.

This is beautiful. You are a true poet. I did not just read your poem, I heard it... I felt your story through it, and that is what true poetry and art is. You are a artist. Please keep making, publishing, and writing more art. I cannot wait to see more of you Johnny E. Mahaffey. I read your piece to my whole literary class, and my teacher said they need to read it five more times......without knowing it you touched so many people hearts and souls, not many people are able to connect to others in that way, its a gift, use it wisely.
Thanks,
A Friend Who Loves Beautiful Art
(scanned reply – view as blog post)
uploaded Feb. 3, 2017.  Original (PDF) 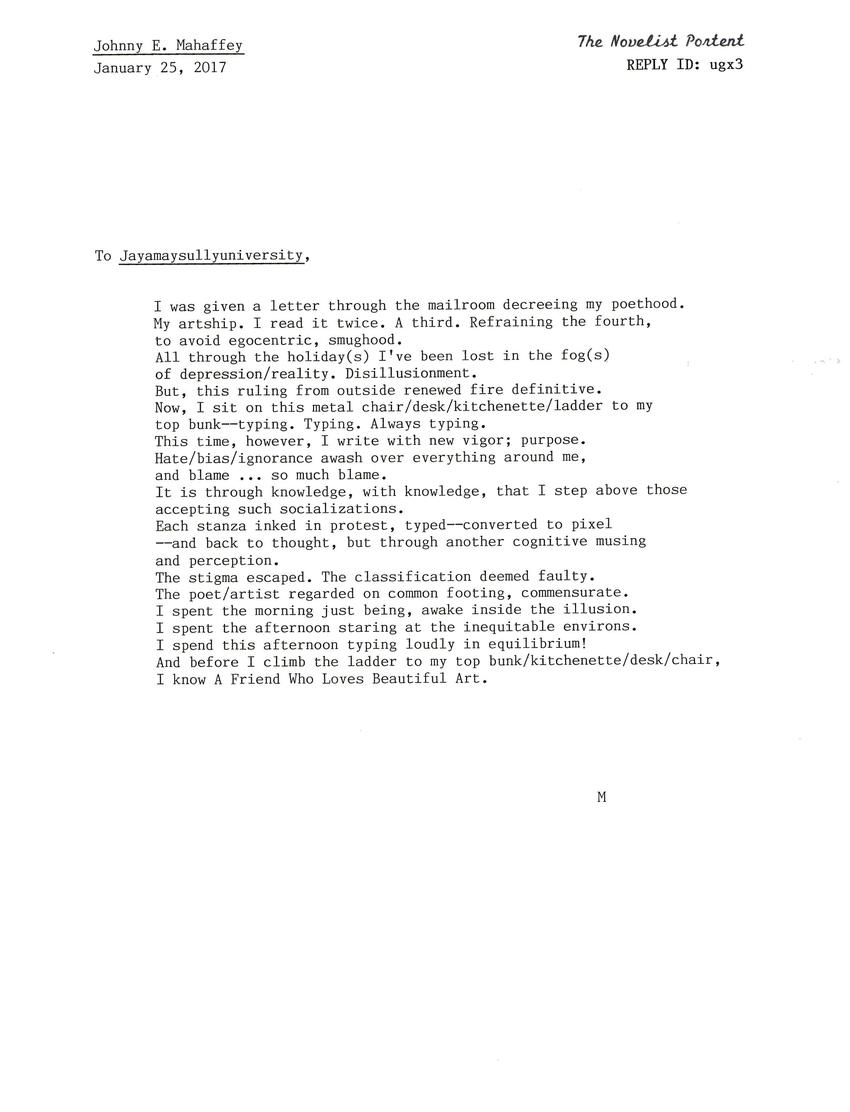