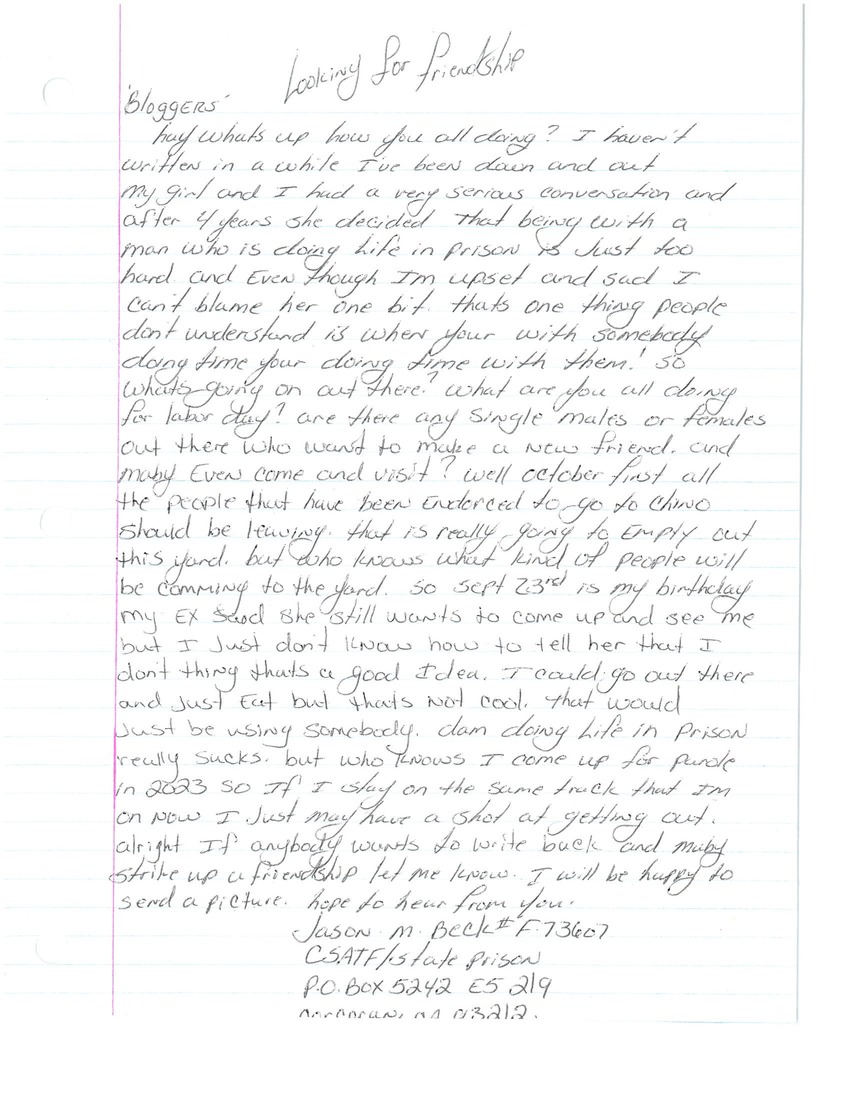 Hey, what's up? How are you doing?

I haven't written in a while. I've been down and out. My girl and I have had a very serious conversation, and after 4 years, she decided that being with a man who is doing life in prison is just too hard. And even though I'm upset and sad, I can't blame her one big. That's one thing people don't understand, is when you're with somebody doing time, you're doing time with them!

So what's going on out there? What are you all doing for Labor Day? Are there any single males or females out there who want to make a new friend and maybe even come and visit?

Well, October. First, all the people that have been endorsed to go to Chino should be leaving. That is really going to empty out this yard. But who knows what kind of people will be coming to the yard?

So Sept. 23rd is my birthday. My ex said she still wants to come up and see me, but I just don't know how to tell her that I don't think that's a good idea. I could go out there and just eat, but that's not cool. That would just be using somebody.

Damn, doing life in prison really sucks. But who knows? I come up for parole in 2023, so if I stay on the same truck that I'm on now, I just may have a shot at getting out.

Alright, if anybody wants to write back and maybe strike up a friendship, let me know. I will be happy to send a picture. Hope to hear from you.