Saddest Day Of My Life 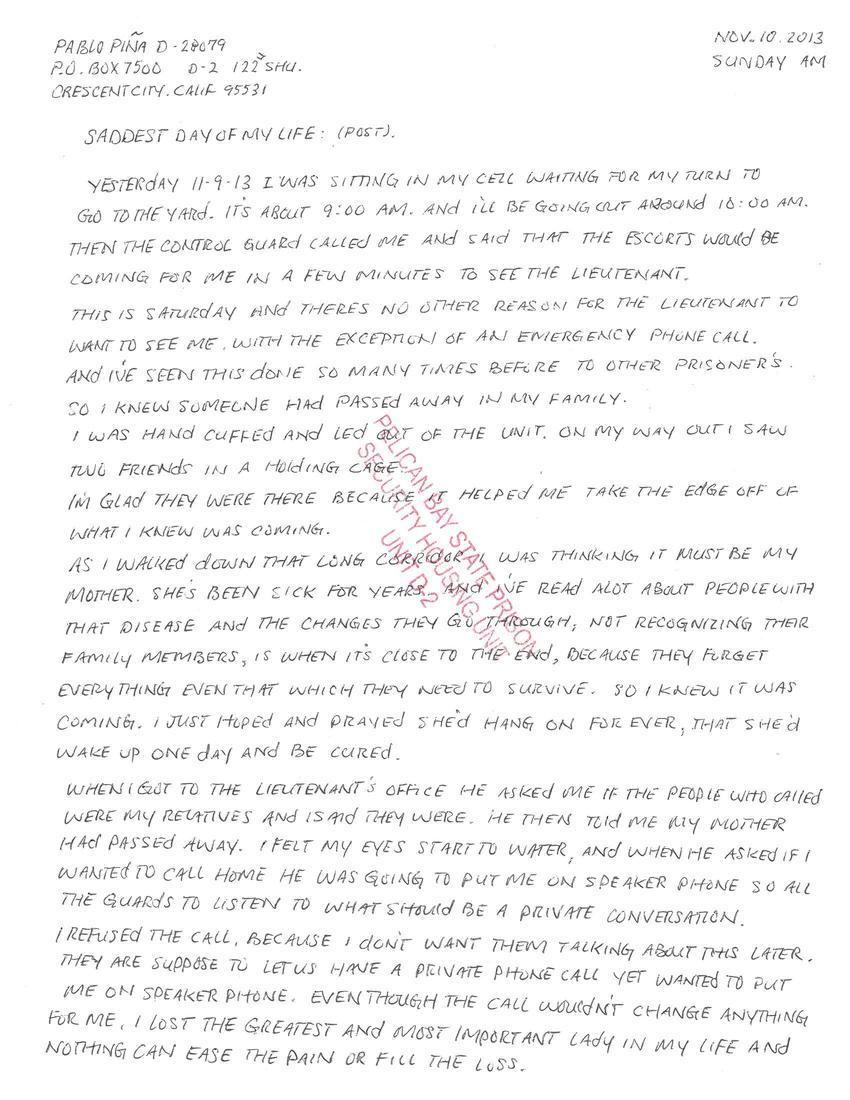 Yesterday 11-9-13 I was sitting in my cell waiting for my turn to go to the yard. It's about 9:00am. And I'll be going out around 10:00am. Then the control guard called me and said that the escorts would be coming for me in a few minutes to see the lieutenant.

This is Saturday and there's no other reason for the lieutenant to want to see me, with the exception of an emergency phone call. And I've seen this done so many times before to other prisoners. So I knew someone had passed away in my family.

I was handcuffed and led out of the unit. On my way out I saw two friends in a holding cage.

I'm glad they were there because it helped me take the edge off of what I knew was coming.

As I walked down that long corridor I was thinking it must be my mother. She's been sick for years, and I've read a lot about people with that disease and the changes they go through, not recognizing their family members, is when it's close to the end, because they forget everything, even that which they need to survive. So I knew it was coming. I just hoped and prayed she'd hang on for ever, that she'd wake up one day and be cured.

When I got to the lieutenant's office he asked me if the people who called were my relatives and I said they were. He then told me my mother had passed away. I felt my eyes start to water, and when he asked if I wanted to call home he was going to put me on speaker phone so all the guards to listen to what should be a private conversation.

I refused the call, because I don't want them talking about this later. They are supposed to let us have a private phone call yet wanted to put me on speaker phone. Even though the call wouldn't change anything for me, I lost the greatest and most important lady in my life and nothing can ease the pain or fill the loss.

I'm so sorry for your loss.

JT
thanks for sharing
Sorry for your loss.
😢 so sad....