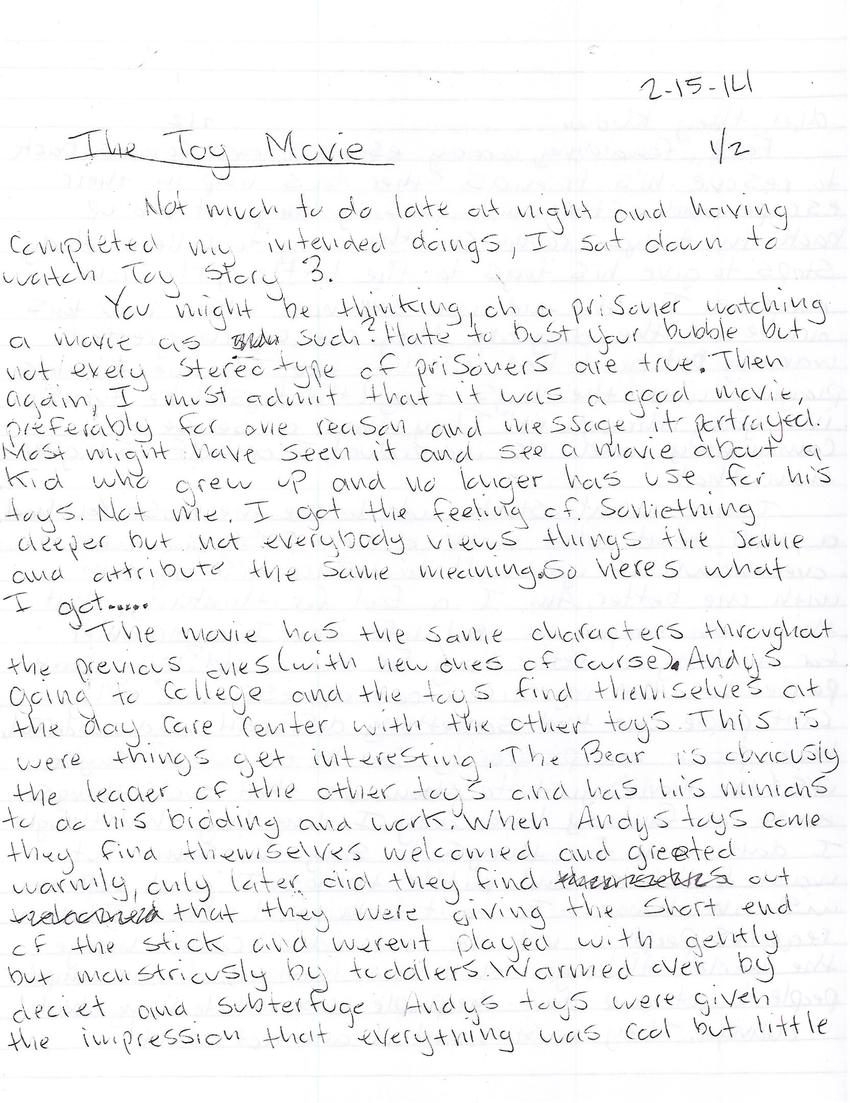 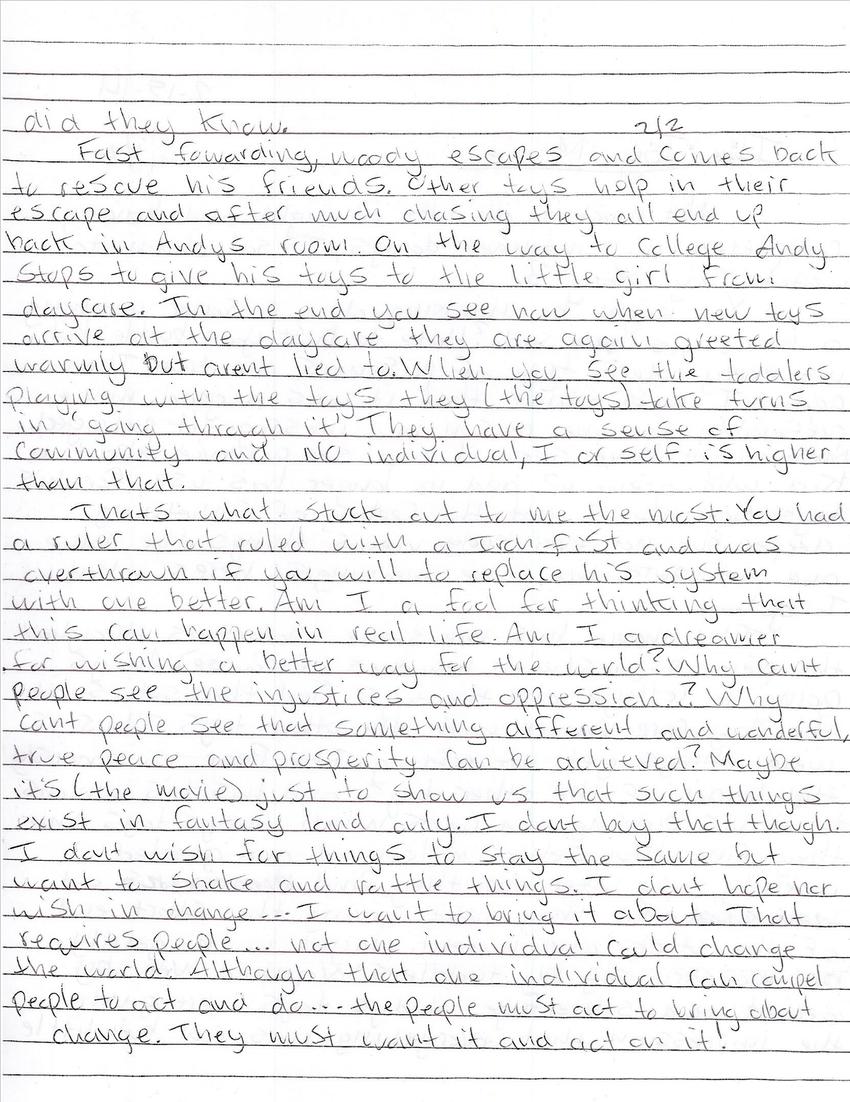 Not much to do late at night and, having completed my intended doings, I sat down to watch Toy Story 3.

You might be thinking, "Oh, a prisoner watching a movie as such?" Hate to bust your bubble, but not every prisoner stereotype is true. Then again, I must admit that it was a good movie for one reason and message. Most might have seen it as a movie about a kid who grew up and no longer has use for his toys. Not me. I got the feeling of something deeper, but not everybody views things the same nor attribute things with the same meanings.

The movie has the same characters throughout the previous ones (with new ones, of course). Andy's going to college and the toys find themselves at the daycare center with the other toys. This is where things get interesting. The bear is obviously the leader of the other toys and has his minions do his bidding. When Andy's toys come, they find themselves welcomed and greeted warmly only to find out that they were getting the short-end of the stick and weren't played with gently but monstrously by toddlers. Warned over by deceit and subterfuge, Andy's toys were given the impression that everything was cool but little did they know.

Fast-forward to Woody's escape and return to his friends. Other toys help in their escape and, after much chasing, they all end up back in Andy's room. On the way to college, Andy stops to give his toys to the little girl from daycare. In the end, you see how the new toys arrive at the daycare. They are again greeted warmly but aren't lied to. When you see the toddlers playing with them, the toys take turns in "going through it". They have a sense of community and no individual is higher than that.

That's what stuck out to me the most. You had a ruler who ruled with an iron fist and was overthrown, if you will, to replace his system with a better one. Am I a fool for thinking that this can happen in real life? Am I a dreamer for wishing a better way for the world? Why can't people see the injustices and oppression? Why can't people see that something different and wonderful, true peace and prosperity, can be achieved?

Maybe the movie's just showing us that such things only exist in fantasyland. I don't buy that though. I don't wish for things to stay the same, but I want to shake and rattle things. I don't hope nor wish to change. I want to bring it about. That requires people; not one individual could change the world. Although that one individual can compel people to act and do, the people must act to bring about change. They must want it and act on it!