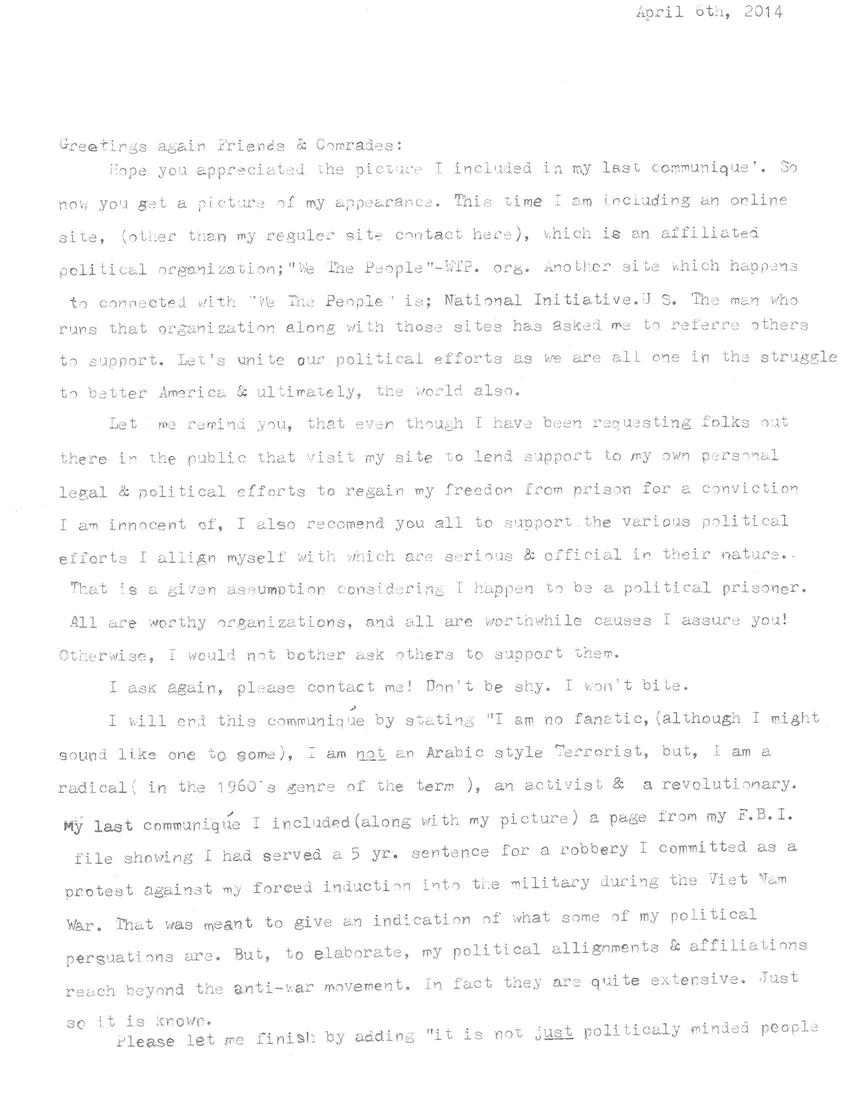 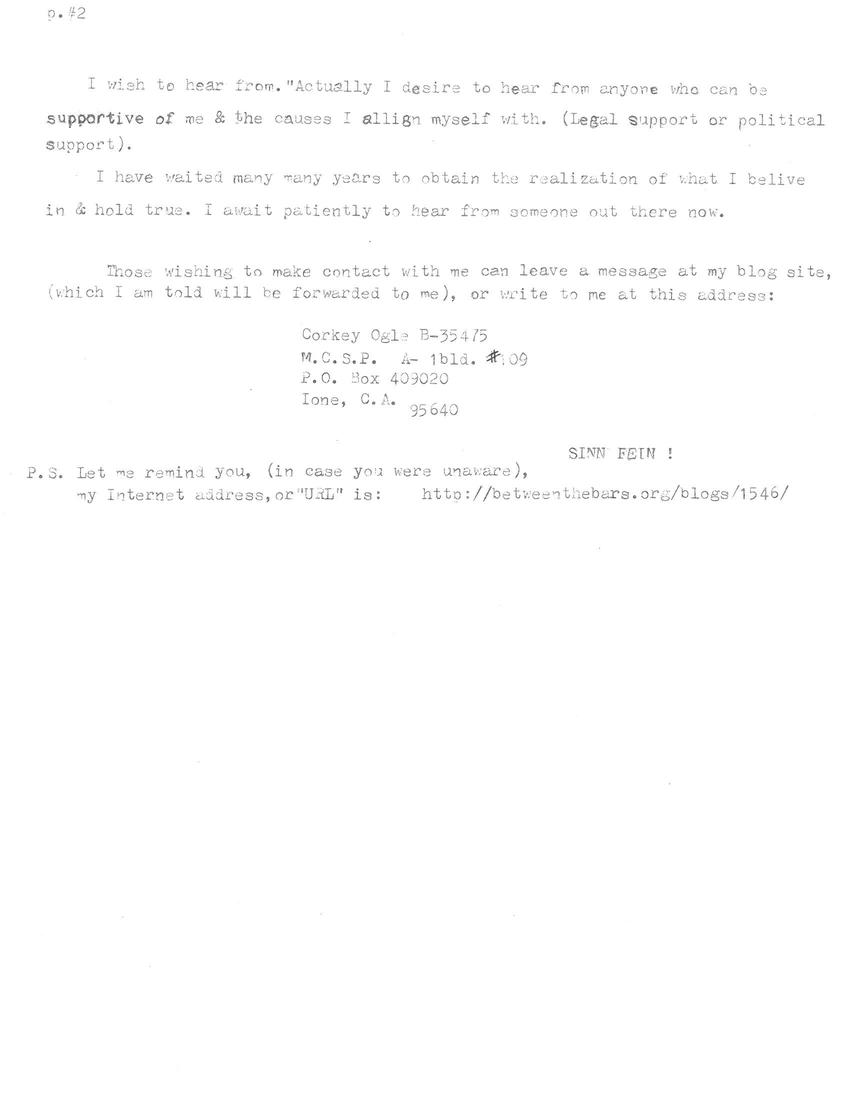 Hope you appreciated the picture I included in my last communique. So now you get a picture of my appearance.

This time, I am including an online site other than my regular site contact here, which is an affiliated political organization: We the People (wtp.org). Another site which happens to connect with We the People is National Initiative U.S. The man who runs the organization, along with those sites, has asked me to refer others to support. Let's unite our political efforts, as we are all one in the struggle in better America and, ultimately, the world.

Let me remind you that even though I have been requesting folks out there in the public to visit my site and lend support to my own legal and political efforts to regain my freedom from prison for a conviction I am innocent of, I also recommend you to support the various political efforts I allign myself with, which are serious and official in their nature. That's a given assumption considering I happen to be a political prisoner. All are worthy organizations and all are worthwhile causes, I assure you! Otherwise, I would not bother to ask others to support them.

I ask again: please contact me! Don't be shy. I won't bite.

I will end this communique by stating that I am no fanatic, although I might sound like one to some. I am not an Arabic-style terrorist, but I am a radical (in the 1960s way), an activist, and a revolutionary.

My last communique, I included, along with my picture a page from my F.B.I. file showing that I served a five year sentence for a robbery I committed as a protest against my forced induction into the military during the Vietnam War. That was meant to give an indication of what some of my political perguations are. To elaborate, my political alignments and affiliations reach beyond the anti-war movement. In fact, they are quite extensive. Just so it is known.

Please let me finish by adding that it is not just politically-minded people I wish to hear from. I actually desire to hear from anyone who can be supportive of me and the cause I align myself with, legal support or political support.

I have waited many, many years to obtain the realization of what I believe in and hold true. I await patiently to hear from someone out there.

Those wishing to make contact with me can leave a message on my blogsite, which I am told will be forward to me, or write to me at this address:

P.S. Let me remind you, in case you were unaware, of my URL: http://betweenthebars.org/blogs/1546/