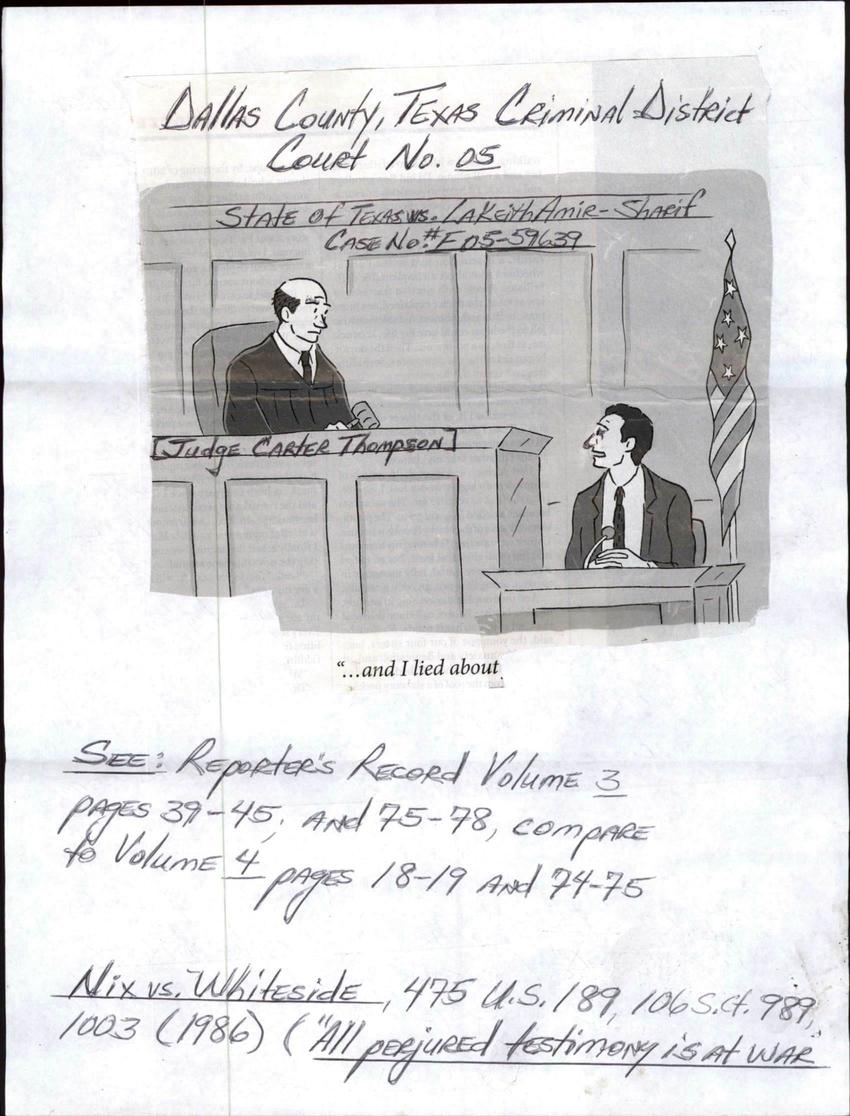 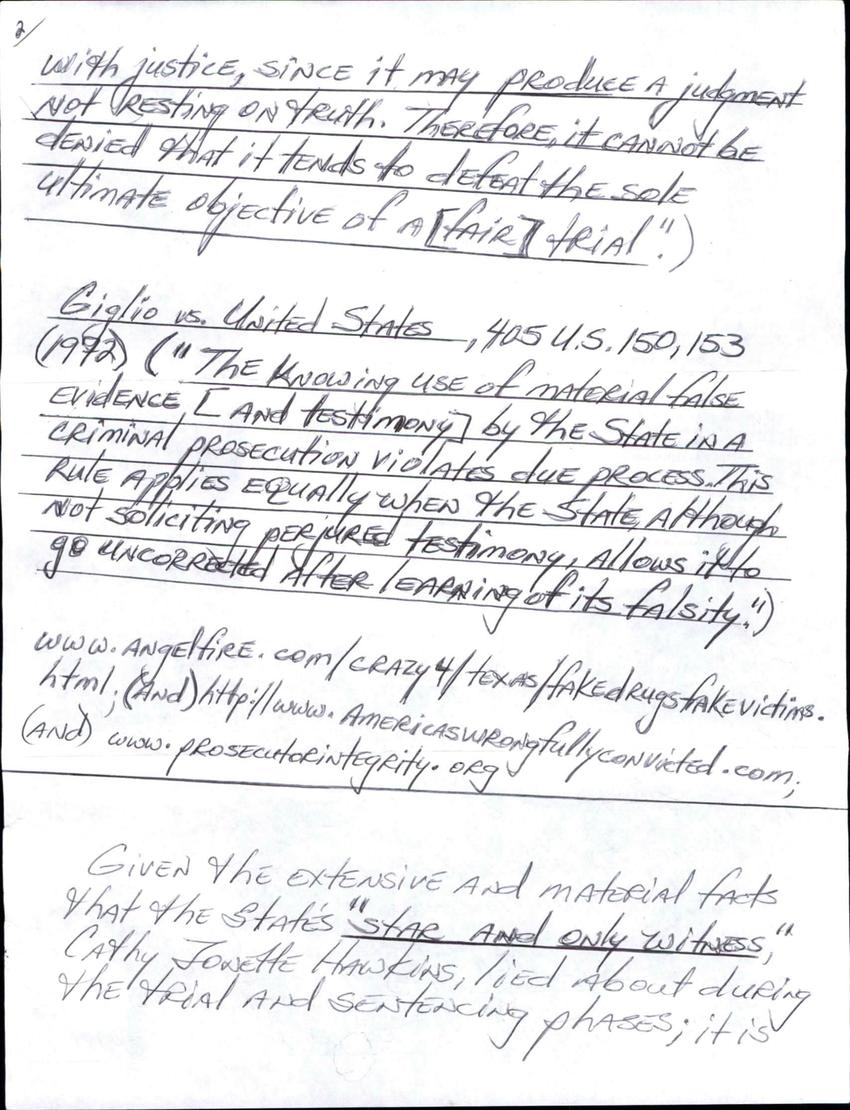 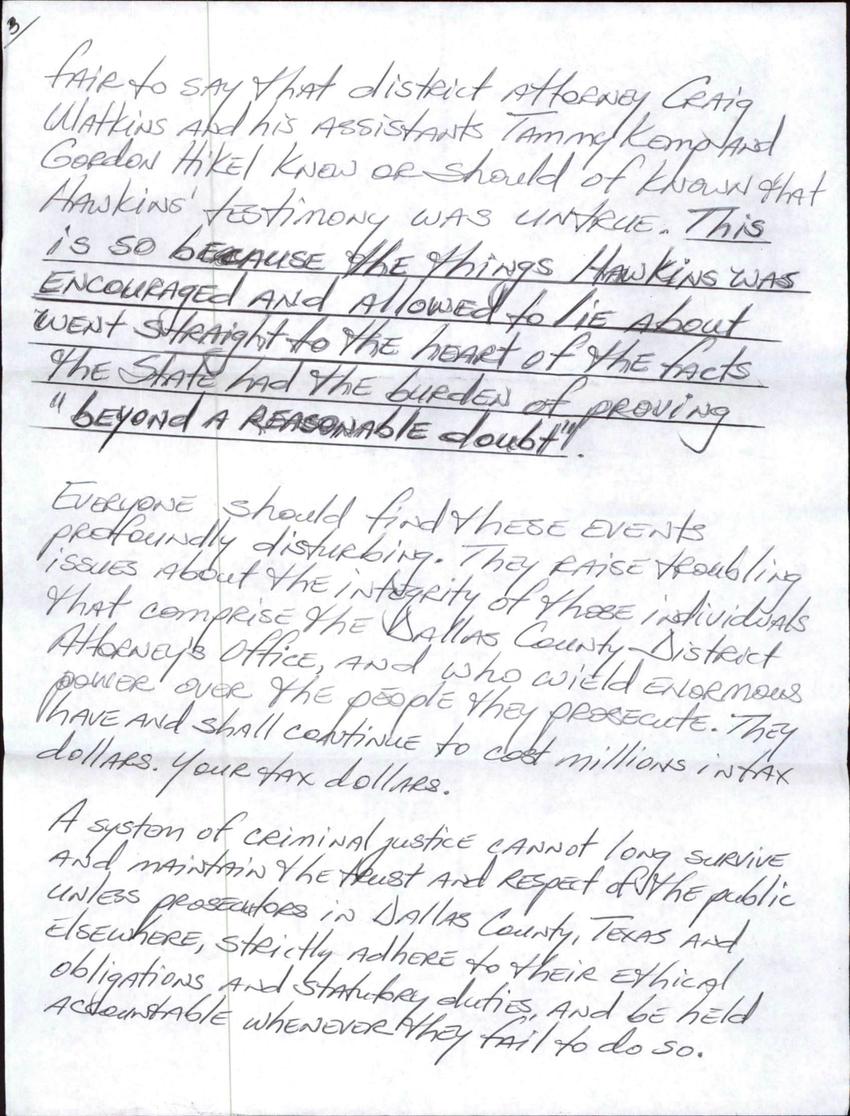 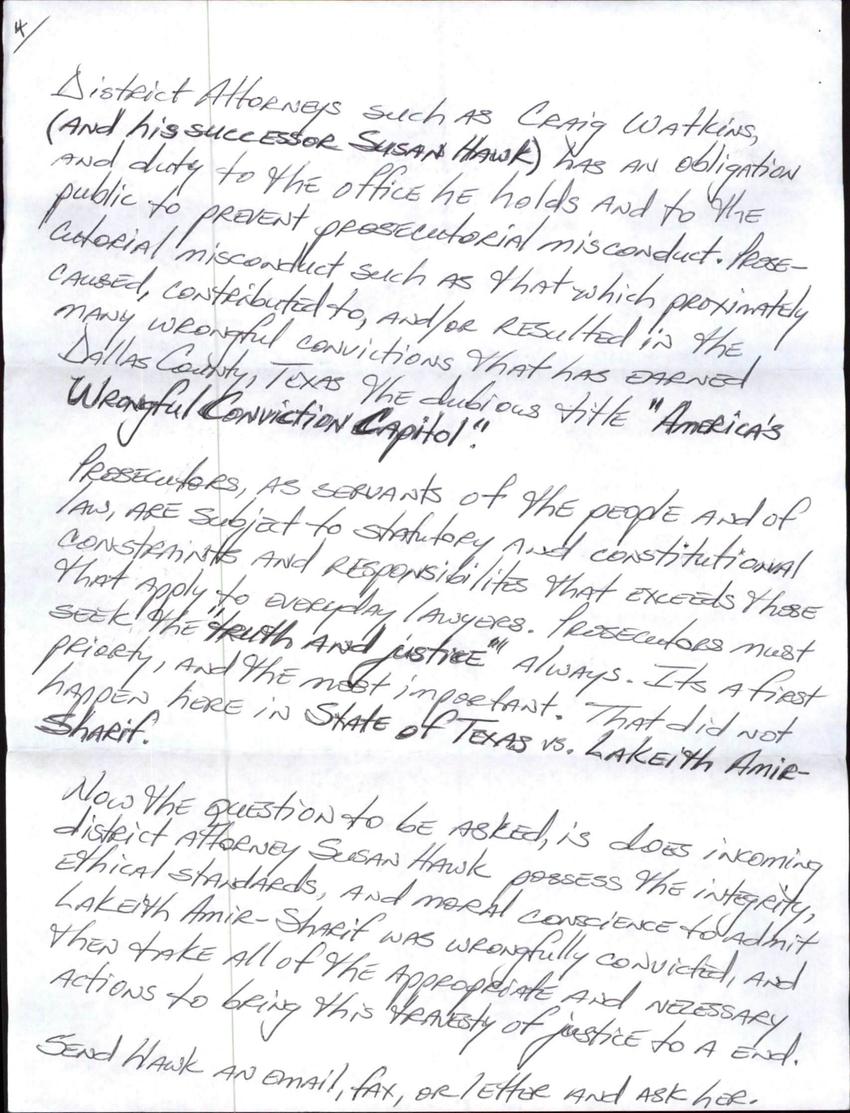 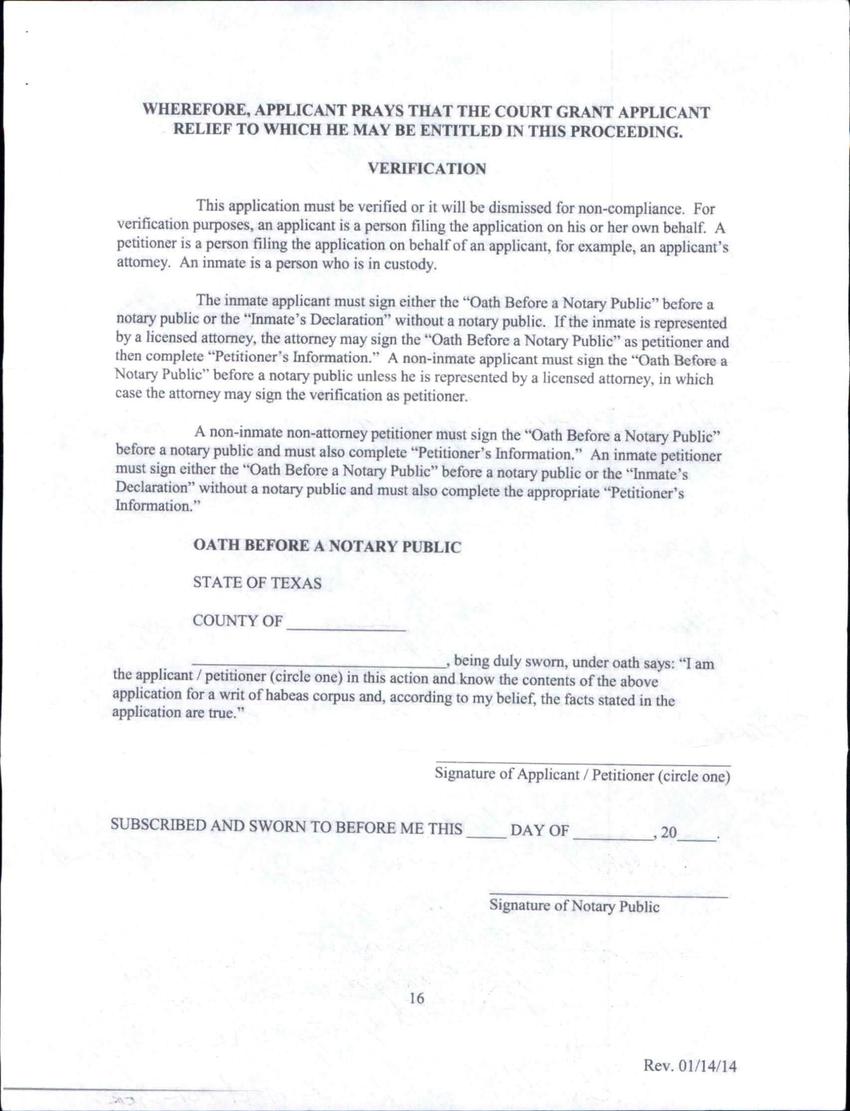 ***Comic featuring a judge and witness in court. The judge is labeled Judge Carter Thompson. The witness is saying, "...and I lied about."***

Giglio vs. United States, 405 U.S. 150, 153 (1972) ("The knowing use of material false evidence [and testimony] by the State in a criminal prosecution violates due process. This rule applies equally when the State, although not soliciting perjured testimony, allows it to go uncorrected after learning of its falsity.")

Given the extensive and material facts that the State's "star and only witness," Cathy Jonette Hawkins, lied about during the trial and sentencing phases, it is fair to say that district attorney Craig Watkins and his assistants Tammy Kemp and Gordon Hikel knew or should of known that Hawkins' testimony was untrue. This is so because the things Hawkins was encouraged and allowed to lie about went straight to the heart of the facts the State had the burden of proving "beyond a reasonable doubt."

Everyone should find these events profoundly disturbing. They raise troubling issues about the integrity of those individuals that comprise the Dallas County District Attorney's Office, and who wield enormous power over the people they prosecute. They have an shall continue to cost millions in tax dollars. Your tax dollars.

A system of criminal justice cannot long survive and maintain the trust and respect of the public unless prosecutors in Dallas County, Texas and elsewhere, strictly adhere to their ethical obligations and statutory duties, and be held accountable whenever they fail to do so.

District Attorneys such as Craig Watkins (and his successor Susan Hawk) has an obligation and duty to the office he holds and to the public to prevent prosecutorial misconduct. Prosecutorial misconduct such as that which proximately caused, contributed to, and/or resulted in the many wrongful convictions that has earned Dallas County, Texas the dubious title "America's Wrongful Conviction Capitol."

Prosecutors, as servants of the people and of the law, are subject to statutory and constitutional constraints and responsibilities that exceeds those that apply to everyday lawyers. It's a first priority, and the most important. That did not happen here in State of Texas v. Lakeith Amir-Sharif.

Now the question to be asked, is does incoming district attorney Susan Hawk possess the integrity, ethical standards, and moral conscience to admit Lakeith Amir-Sharif was wrongfully convicted, and then take all of the appropriate and necessary actions to bring this travesty of a justice to an end. Send Hawk and email, fax, or letter and ask her.

WHEREFORE, APPLICANT PRAYS THAT THE COURT GRANT APPLICANT RELIEF TO WHICH HE MAY BE ENTITLED IN THIS PROCEEDING.

OATH BEFORE A NOTARY PUBLIC

___________, being duly sworn, under oath says: "I am the applicant/petitioner (circle one) in this action and know the content of the above application for a writ of habeas corpus and, according to my belief, the facts stated in the application are true."