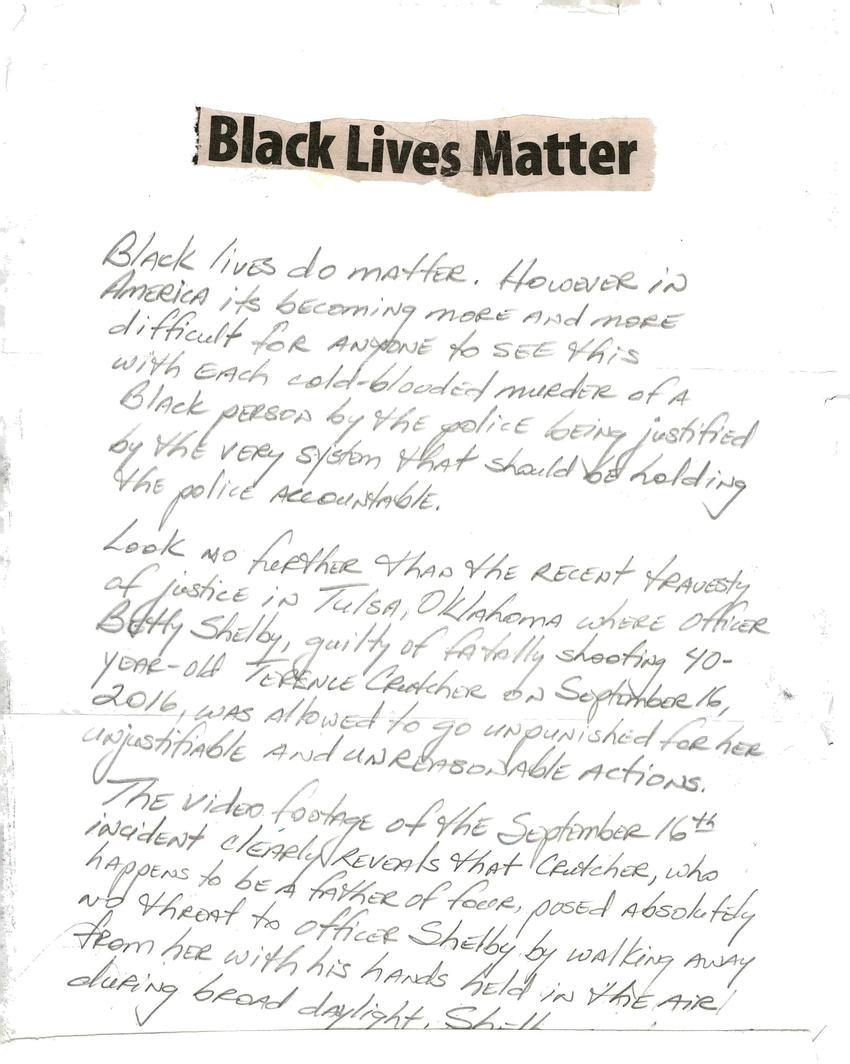 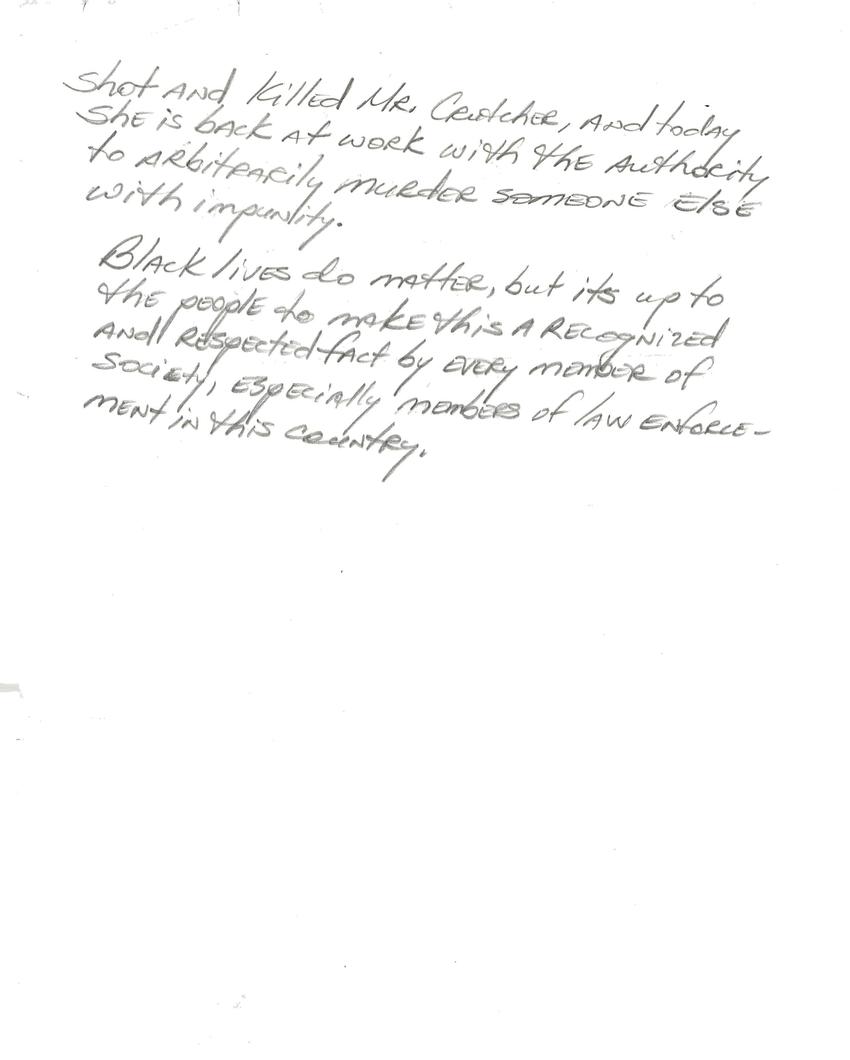 Black lives do matter. However, in America, it's becoming more and more difficult for anyone to see this with each cold-blooded murder of a black person by the police being justified by the very system that should be holding the police accountable.

Look no further than the recent travesty of justice in Tulsa, Oklahoma where officer Betty Shelby, guilty of fatally shooting 40-year-old Terence Crutcher on September 16, 2016, was allowed to go unpunished for her unjustifiable and unreasonable actions.

The video footage of the September 16 incident clearly reveals that Crutcher, who happens to be a father of four, posed absolutely no threat to officer Shelby by walking away from her with his hands held in the air during broad daylight. Shelby shot and killed Mr. Crutcher, and today she is back at work with the authority to arbitrarily murder someone else with impunity.

Black lives do matter, but it's up to the people to make this a recognized and respected fact by every member of society, especially members of law enforcement in this country.