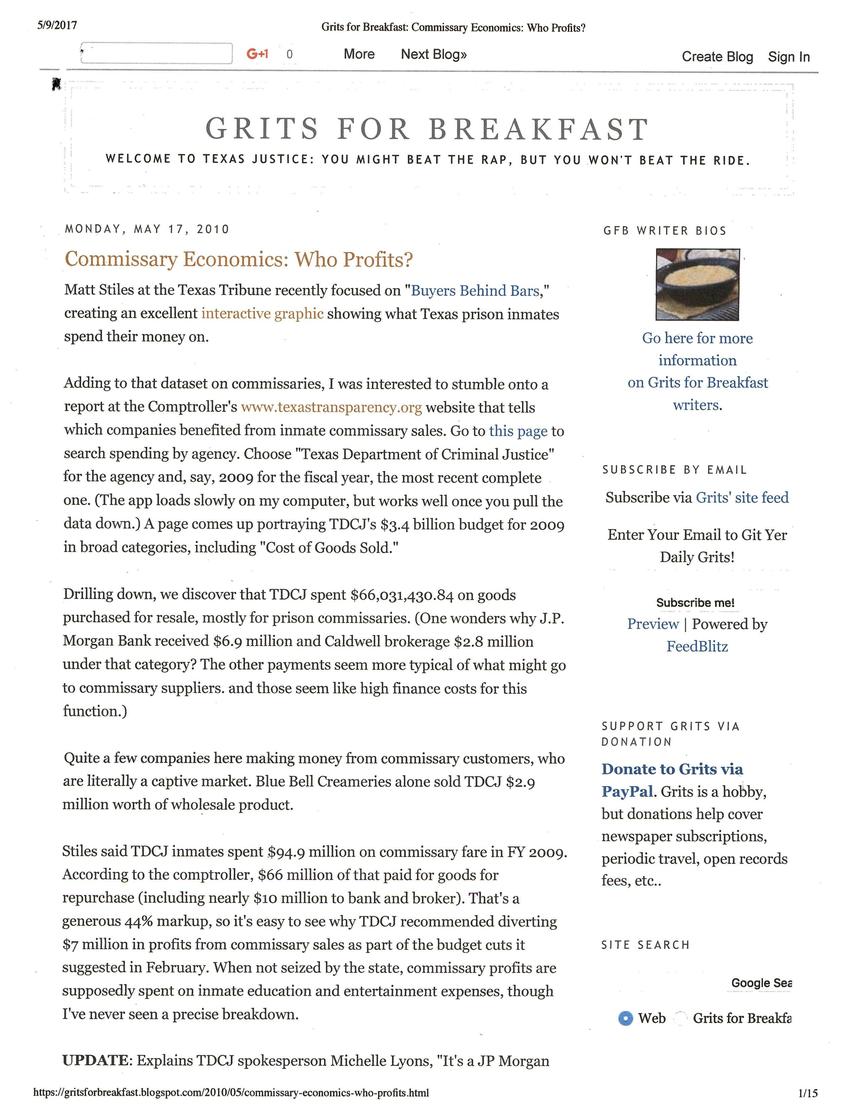 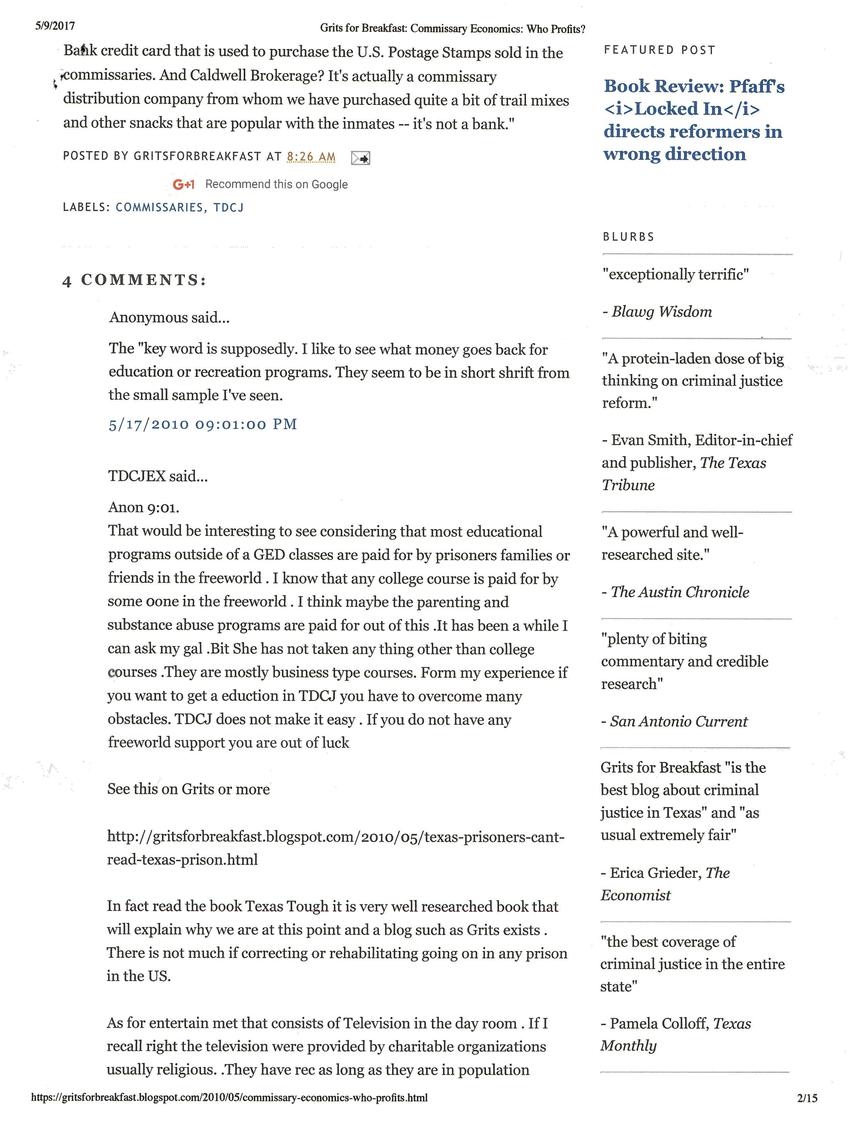 Grits For Breakfast
Monday, May 17, 2010
Commissary Economics: Who Profits?

Matt Stiles at the Texas Tribune recently focused on "Buyers Behind Bars," creating an excellent interactive graphic showing what Texas prison inmates spend their money on.

Adding to that dataset on commissaries, I was interested to stumble onto a report at the Comptroller's www.texastransparency.org website that tells which companies benefited from inmate commissary sales. Go to this page to search spending by agency. Choose "Texas Department of Criminal Justice" for the agency and, say, 2009 for the fiscal year, the most recent complete one. (The app loads slowly on my computer, but works well once you pull the data down.) A page comes up portraying TDCJ's $3.4 billion budget for 2009 in broad categories, including "Cost of Goods Sold."

Drilling down, we discover that TDCJ spent $66,031,430.84 on goods purchased for resale, mostly for prison commissaries. (One wonders why J.P. Morgan Bank received $6.9 million and Caldwell brokerage $2.8 million under that category? The other payments seem more typical of what might go to commissary suppliers. and those seem like high finance costs for this function.)

Stiles said TDCJ inmates spent $94.9 million on commissary fare in FY 2009. According to the comptroller, $66 million of that paid for goods for repurchase (including nearly $10 million to bank and broker). That's a generous 44% markup, so it's easy to see why TDCJ recommended diverting $7 million in profits from commissary sales as part of the budget cuts it suggested in February. When not seized by the state, commissary profits are supposedly spent on inmate education and entertainment expenses, though I've never seen a precise breakdown.

UPDATE: Explains TDCJ spokesperson Michelle Lyons, "It's a JP Morgan Bank credit card that is used to purchase the U.S. Postage Stamps sold in the commissaries. And Caldwell Brokerage? It's actually a commissary distribution company from whom we have purchased quite a bit of trail mixes and other snacks that are popular with the inmates -- it's not a bank."