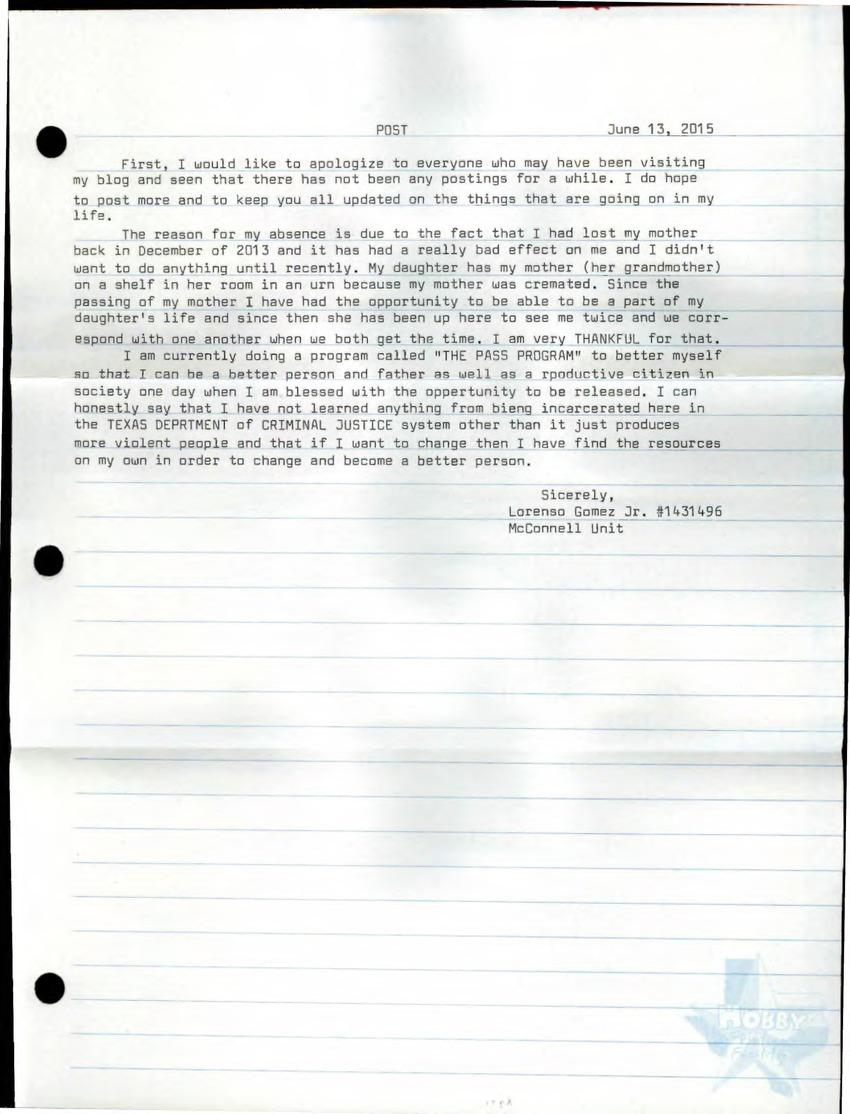 First, I would like to apologize to everyone who may have been visiting my blog and seen that there has not been any postings for a while. I do hope to post more and to keep you all updated on the things that are going on in my life.

The reason for my absence is due to the fact that I had lost my mother back in December of 2013 and it has had a really bad effect on me, and I didn't want to do anything until recently. My daughter has my mother (her grandmother) on a shelf in her room in an urn because my mother was cremated. Since the passing of my mother, I have had the opportunity to be able to be a part of my daughter's life and since then, she has been up here to see me twice and we correspond with one another when we both get the time. I am very THANKFUL for that.

I am currently doing a program called The Pass Program to better myself so that I can be a better person and father, as well as a productive citizen in society one day when I am blessed with the opportunity to be released. I can honestly say that I have not learned anything from being incarcerated here in the Texas Department of Criminal Justice system other than it just produces more violent people and that, if I want to change, than I have to find the resources on my own in order to change and become a better person.