About the Pittsburg Steelers' 2015 Defensive Secondary 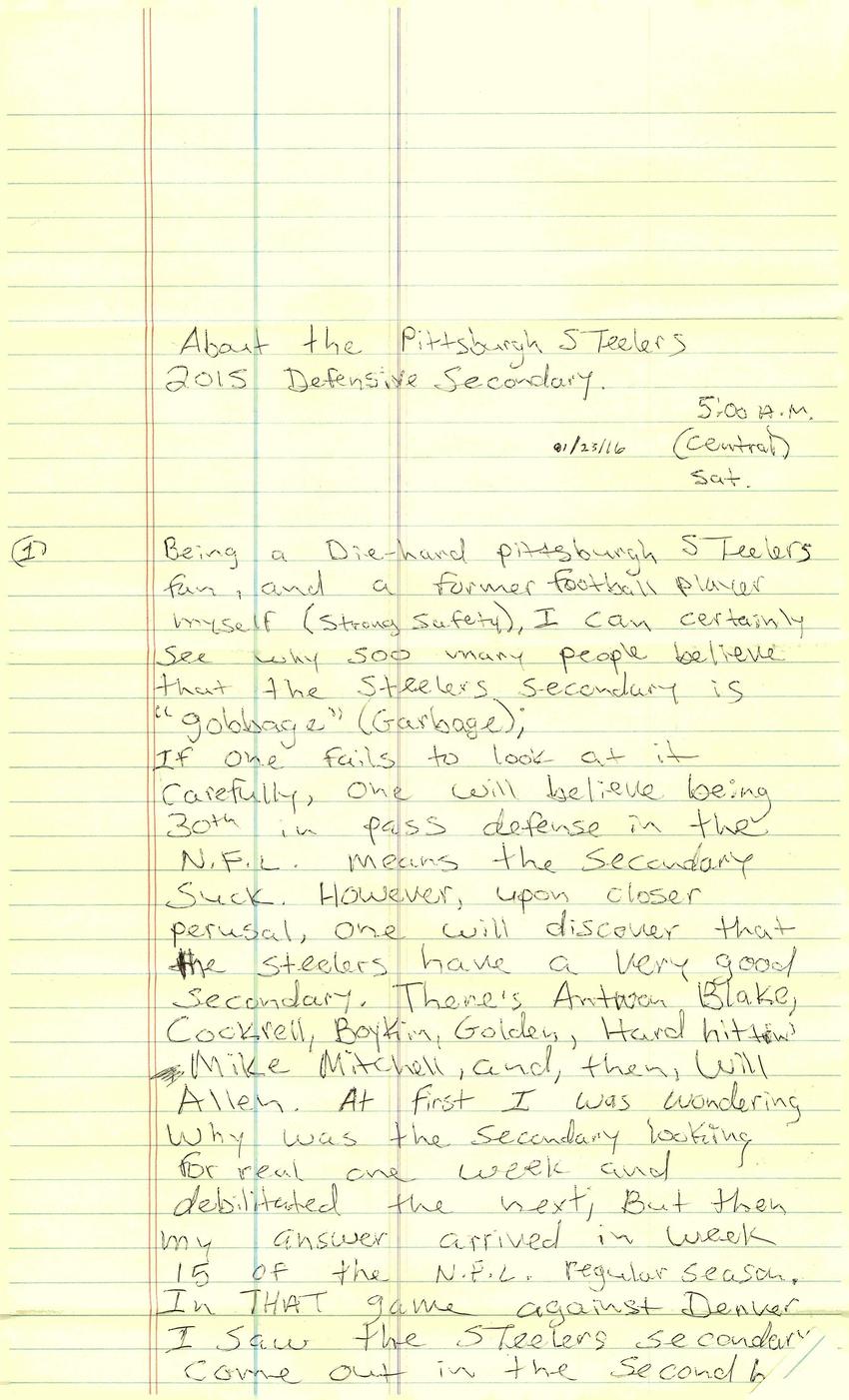 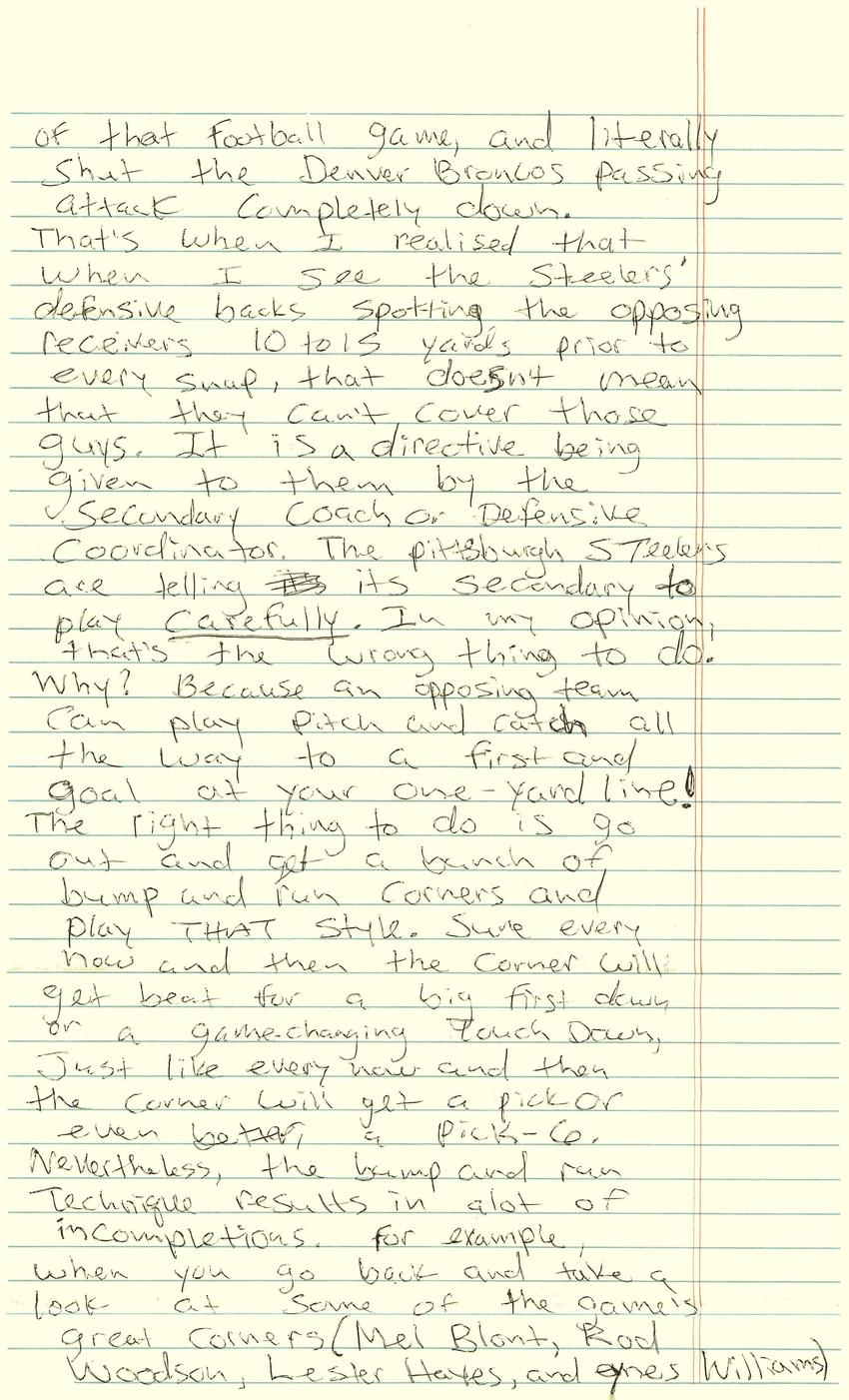 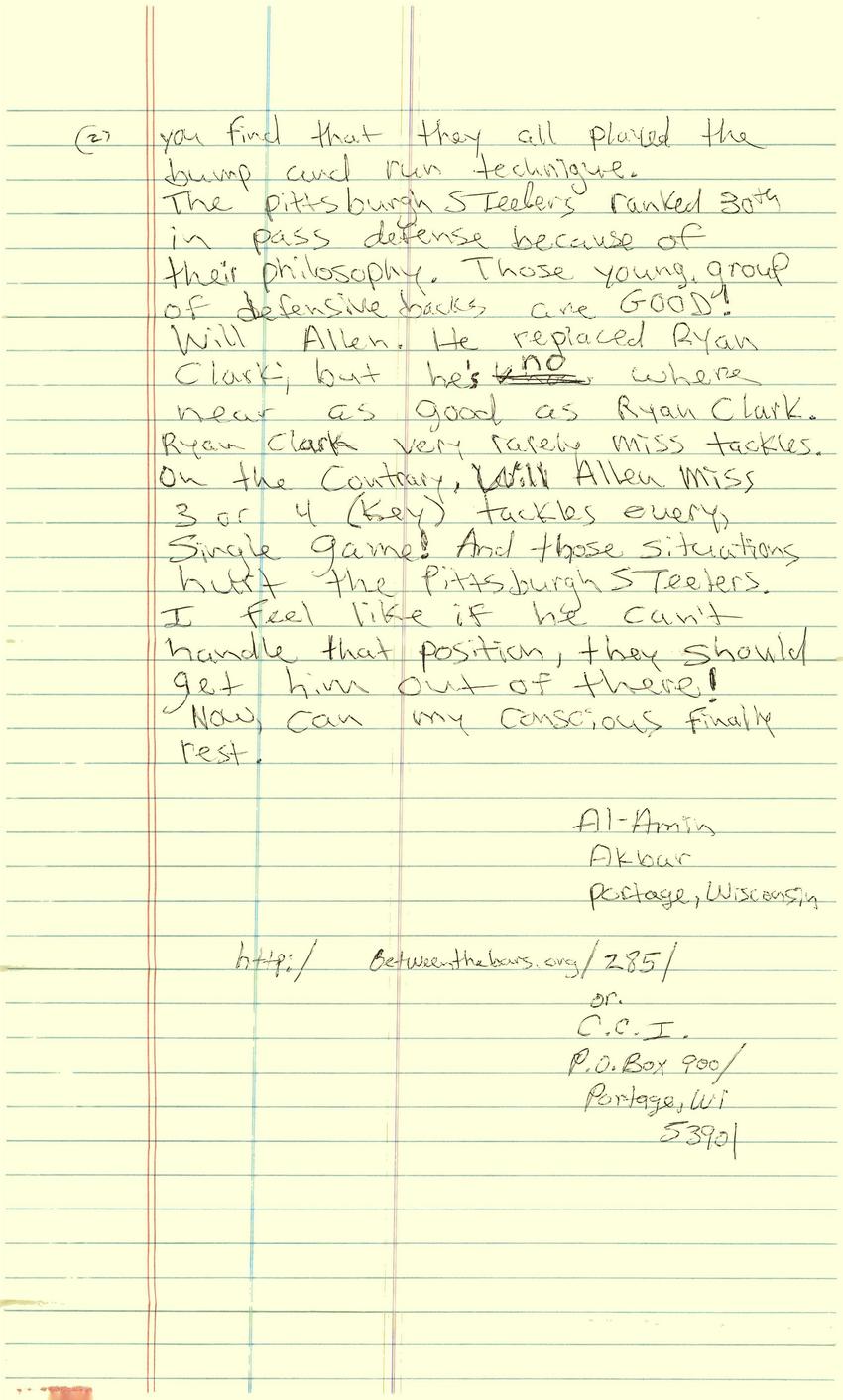 About the Pittsburgh STeelers 2015 Defensive Secondary

Being a die-hard Pittsburgh STeelers fan and a former football player myself (Strong Safety), I can certainly see why so many people believe that the STeelers secondary is "gobbage" (garbage).

If one fails to look at it carefully, one will believe being 30th in pass defense in the N.F.L. means the secondary suck. However, upon closer perusal, one will discover that the Steelers have a very good secondary. There's Antwon Blake, Cockrell, Boykin, Golden, Hard hittow Mike Mitchell, and then Will Allen. At first, I was wondering why was the secondary looking for real one week and debilitated the next. But then my answer arrived in week 15 of the N.F.L. regular season. I saw the Steelers's secondary come out in the second [illegible] of that football game, and literally shut the Denver Broncos passing attack completely down.

That's when I realized that when I see the Steelers's defensive backs spotting the opposing receiver's 10 tols yards prior to every snap, that doesn't mean that they can't cover those guys. It is a directive being given to them by the secondary coach or defensive coordinator.

The Pittsburgh Steelers are telling its secondary to play carefully. In my opinion, that's the wrong thing to do. Why? Because an opposing team can play pitch and catch all the way to a first and goal at your one-yard line! The right thing to do is go out and get a bunch of bump and run corners and play THAT style.

The Pittsburgh STeelers ranked 30th in pass defense because of their philosophy. Those young group of defensive backs are GOOD! Will Allen, he replaced Ryan Clark, but he's nowhere near as good as Ryan Clark. Ryan Clark very rarely misses tackles. On the contrary, Will Allen misses 3 or 4 key tackles every single game! And those situations hurt the Pittsburgh STeelers. I feel like if he can't handle that position, they should get him out of there!

Now can my conscious finally rest.