About the 2015 Pittsburgh Steelers 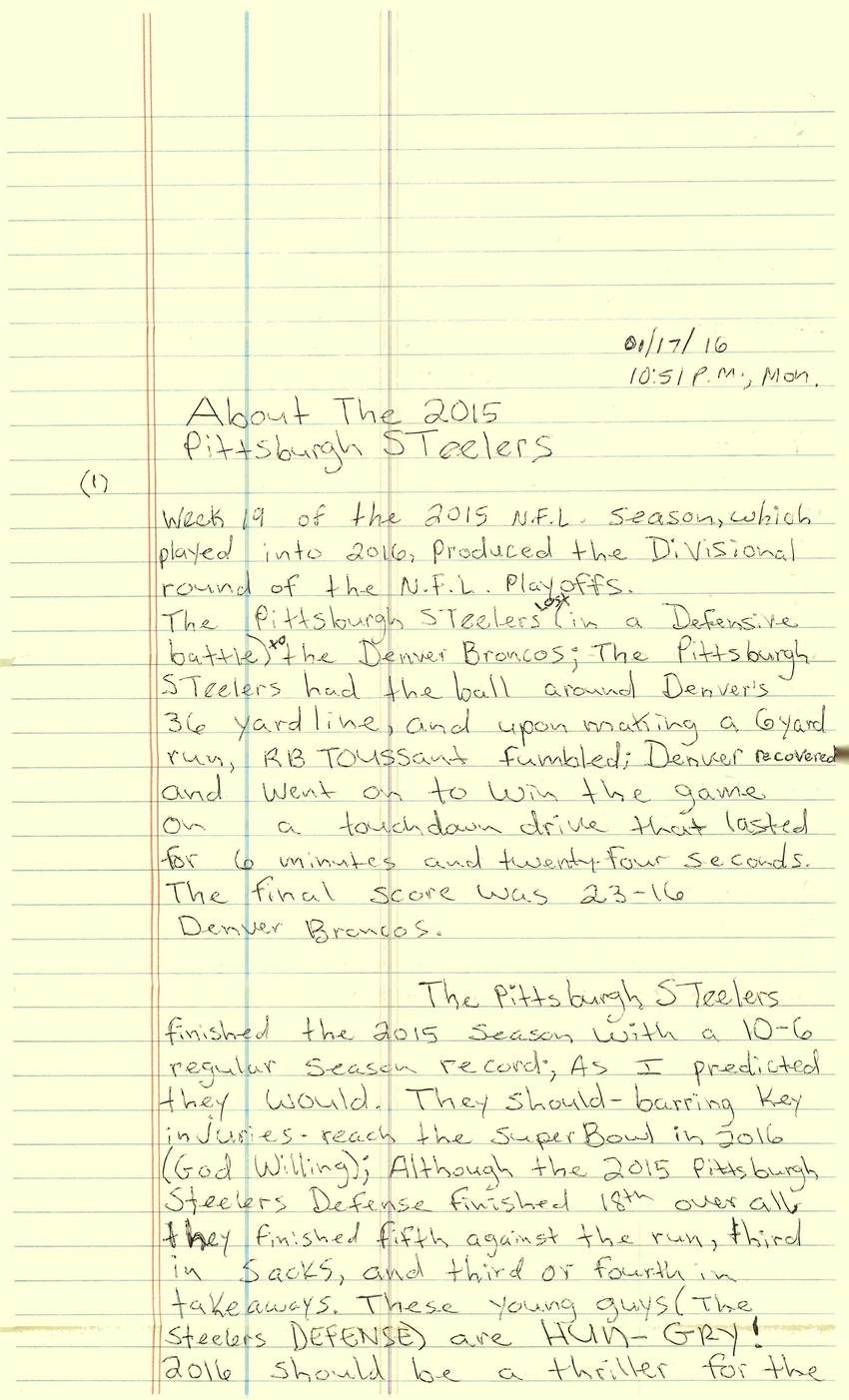 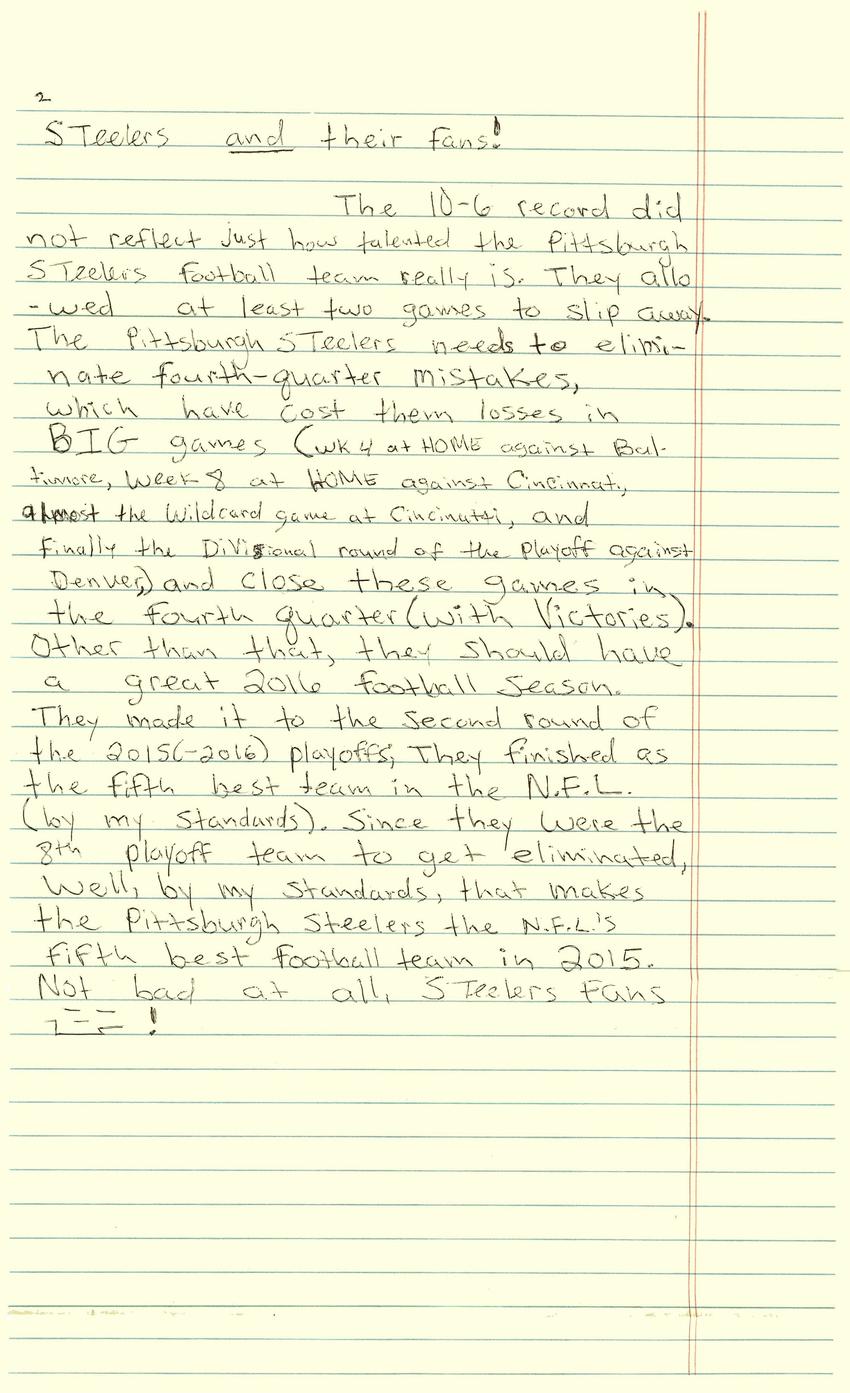 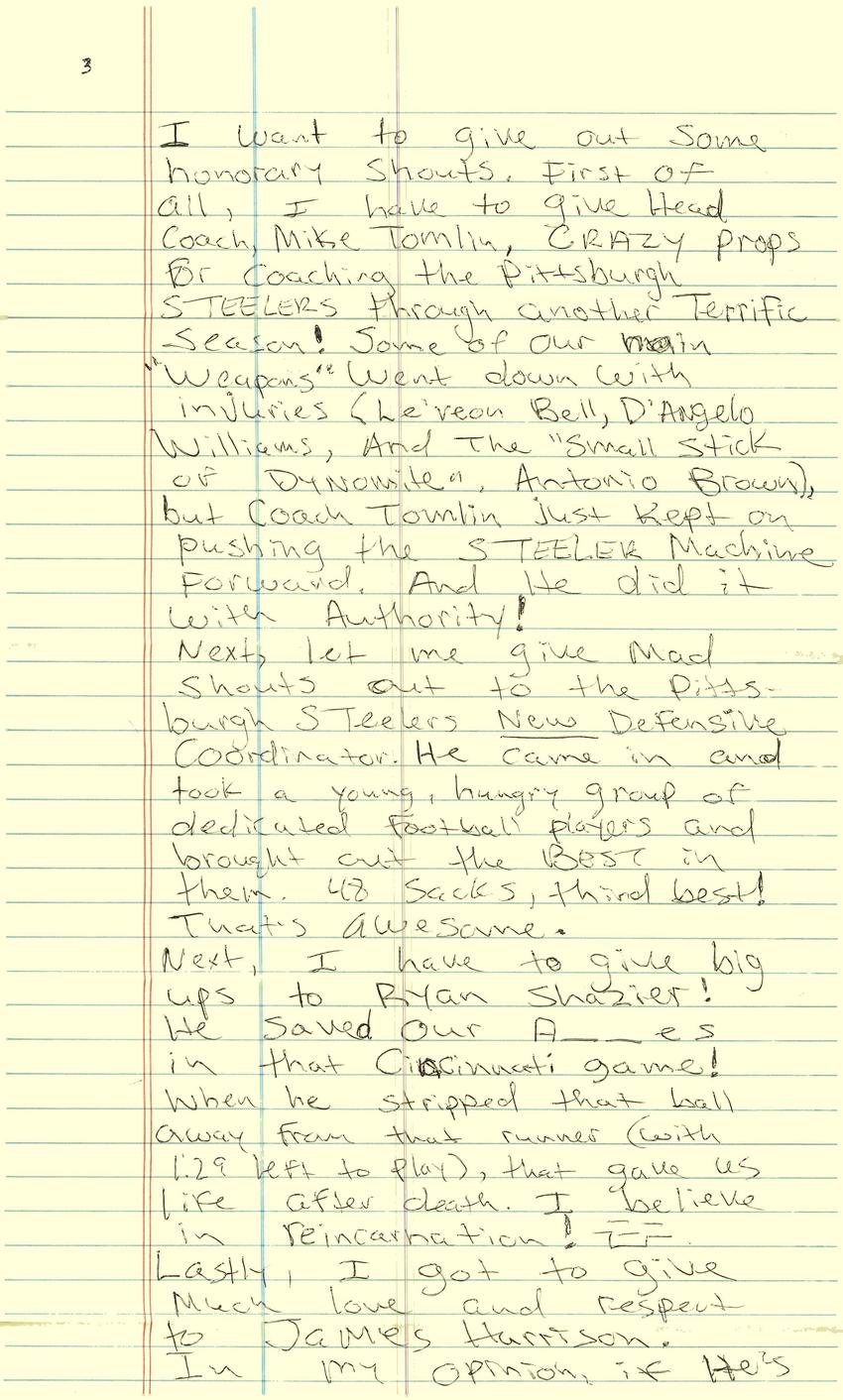 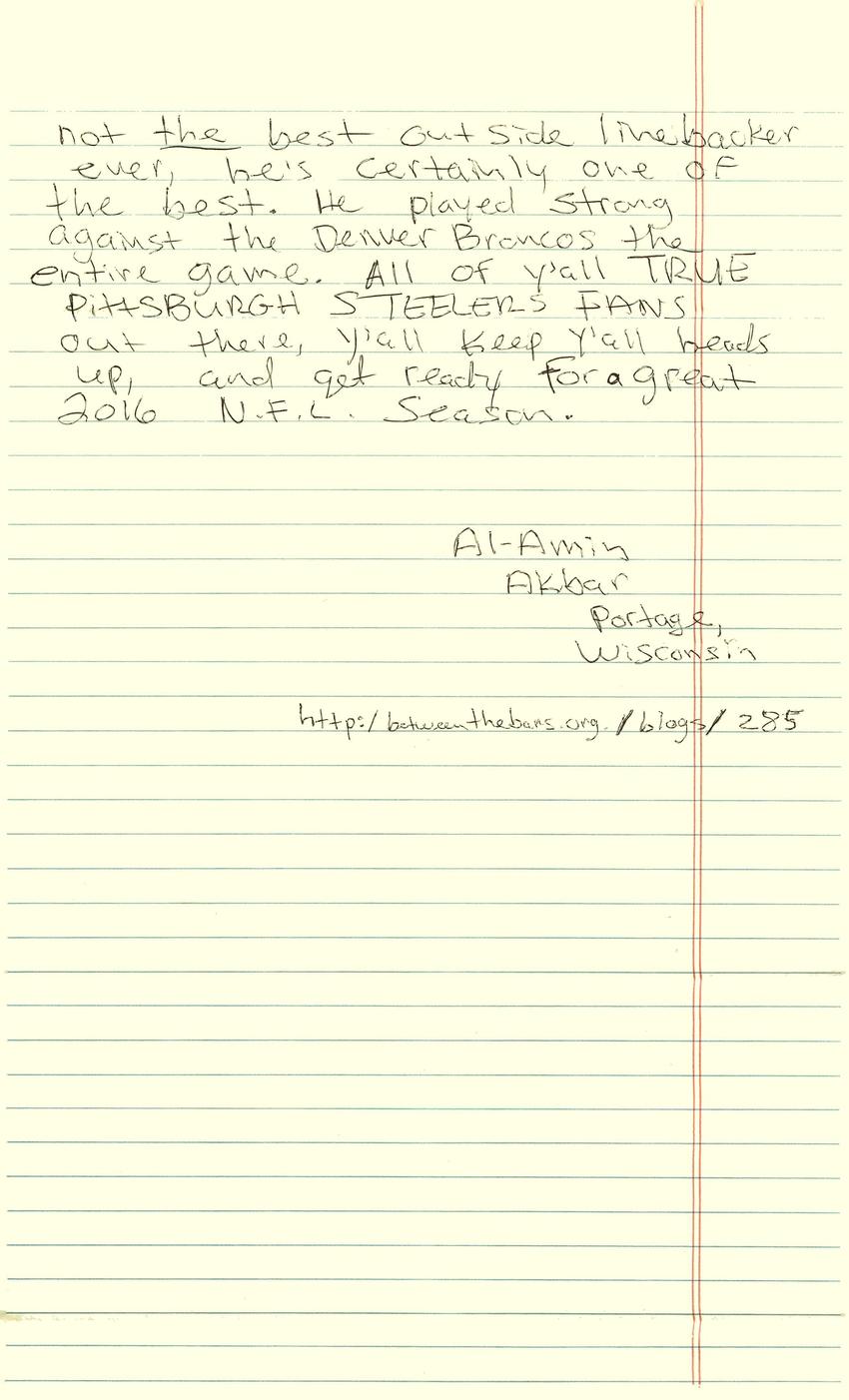 About The 2015 Pittsburgh Steelers

Week 19 of the 2015 NFL season, which played into 2016, produced the Divisional round of the NFL Playoffs. The Pittsburgh Steelers lost (in a defensive battle) to the Denver Broncos; the Pittsburgh Steelers had the ball around Denver's 36 hardline, and upon making a 6 yard ru, RB Toussant fumbled; Denver recovered and went on to win the game on a touchdown drive that lasted for 6 minutes and 24 seconds. The final score was 23-16 Denver Broncos.

The Pittsburgh Steelers finished the 2015 season with a 10-6 regular season record; as I predicted they would. They should - barring key injuries - reach the Super Bowl in 2017 (God Willing); although the 2015 Pittsburgh Steelers defense finished 18th overall, they finished fifth against the run, third in sacks, and third or fourth takeaways. These young guys (the Steelers DEFENSE) are HUN-GRY! 2016 should be a thriller for the Steelers and their fans!

The 10-6 record did not reflect just how talented the Pittsburgh Steelers football team really is. They allowed at least two games to slip away. The Pittsburgh Steelers need to eliminate fourth-quarter mistakes, which have cost them losses in BIG games (Week 4 at HOME against Baltimore, Week 8 at HOME against Cincinnati, almost the Wildcard game at Cincinnati, and finally the Divisional round of the playoffs against Denver) and close these games in the fourth quarter (with victories). Other than that, they should have a great 2016 football season. They made it to the second round of the 2015-2016 playoffs; they finished as the fifth best team in the NFL (by my standards). Since they were the 8th playoff team to get eliminated, well, by my standards, that makes the Pittsburgh Steelers the NFL's fifth best football team in 2015. Not bad at all, Steelers fans :) !

I want to give out some honorary shouts. First of all, I have to give Head Coach Mike Tomlin CRAZY props for coaching the Pittsburgh STEELERS through another terrific season! Some of our main "weapons" went down with injuries (Le'veon Bell, D'Angelo Williams, and the "small stick of dynamite", Antonio Brown), but Coach Tomlin just kept on pushing the STEELER Machine forward. And he did it with authority!

Next, let me give mad shout outs to the Pittsburgh Steelers New Defensive Coordinator. He came in and took a young, hungry group of dedicated football players and brought out the best in them. 48 sacks, third best! Thats awesome.

Next, I have to give big ups to Ryan Shazier! He saved our a**es in that Cincinnati game! When he stripped that ball away from that runner (with 1:29 left to play), that give us life after death. I believe in reincarnation! :) . Lastly, I got to give much love and respect to James Harrison. In my opinion, if he's not the best outside linebacker ever, he's certainly one of the best. He played strong against the Denver Broncos the entire game. All of y'all TRUE PITTSBURGH STEELERS FANS out there, y'all keep y'all heads up, and get ready for a great 2016 NFL season.

Thanks for writing! I finished the transcription for your post. Go Steelers baby!