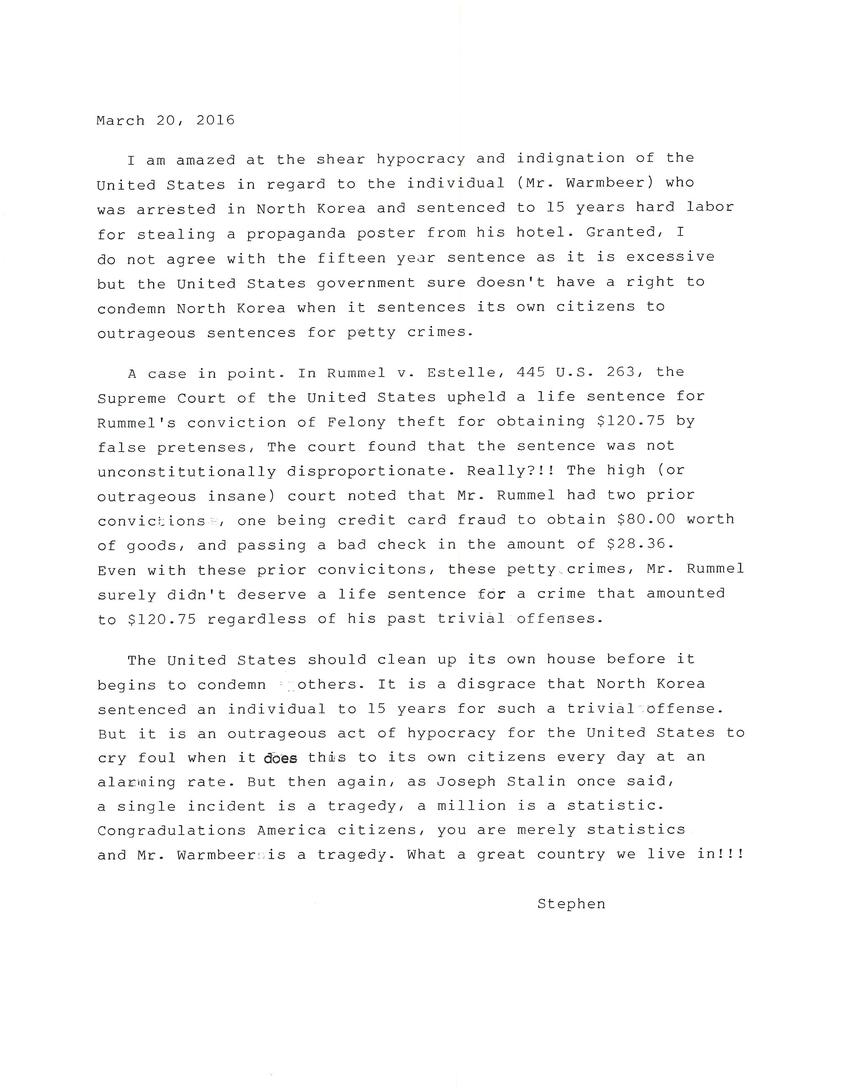 I am amazed at the sheer hypocrisy and indignation of the United States in regards to the individual (Mr. Warmbeer) who was arrested in North Korea and sentenced to 15 years hard labor for stealing a propaganda poster from his hotel. Granted, I do not agree with the fifteen year prison sentence as it is excessive, but the United States government sure doesn't have a right to condemn North Korea when it sentences its own citizens to outrageous sentences for petty crimes.

Cast in point: In Rummel v. Estelle, 445 U.S. 263, the Supreme Court of the United States upheld a life sentence for Rummel's conviction of felony theft for obtaining $120.75 by false pretenses. The court found that the sentence was not unconstitutionally disproportional. Really!? The high (or outrageously insane) court noted that Mr. Rummel had two prior convictions, one being credit card fraud to obtain $80.00 worth of goods and passing a bad check in the amount of $28.36. Even with these prior convictions, these petty crimes, Mr. Rummel surely didn't deserve a life sentence for a crime that amounted to $120.75, regardless of his past trivial offenses.

The United States should clean up its own house before it begins to condemn others. It is a disgrace that North Korea sentenced an individual to 15 years for such a trivial offense. But it is an outrageous act of hypocrisy for the United States to cry foul when it does this to its own citizens every day at an alarming rate. But then again, as Joseph Stalin once said, "A single incident is a tragedy, a million is a statistic." Congratulations, America citizens: you are merely statistics and Mr. Warmbeer is a tragedy. What a great country we live in!