Justice Or Else: An Indiana Political Prisoner's Writings 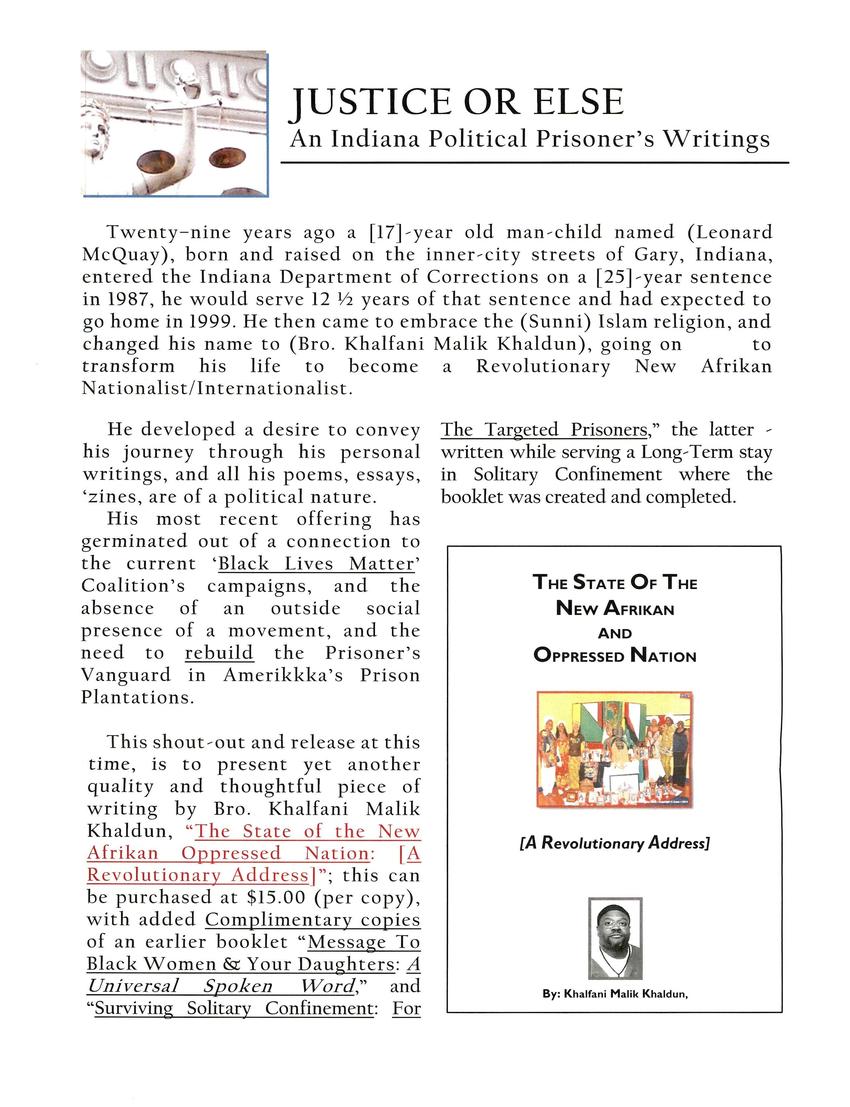 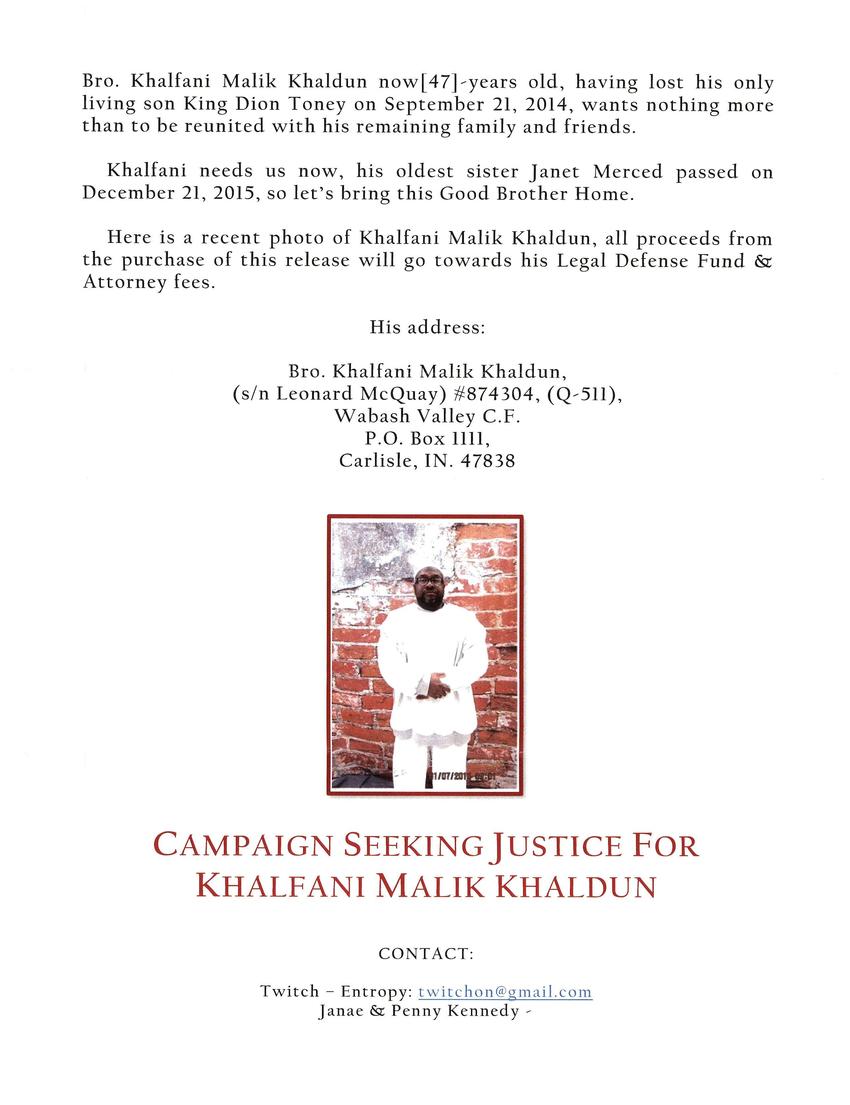 JUSTICE OR ELSE
An Indiana Political Prisoner's Writings

Twenty-nine years ago a [17]-year old man-child named (Leonard McQuay), born and raised on the inner-city streets of Gary, Indiana, entered the Indiana Department of Corrections on a [25]-year sentence in 1987, he would serve 12 1/2 years of that sentence and had expected to go home in 1999. He then came to embrace the (Sunni) Islam religion, and changed his name to (Bro. Khalfani Malik Khaldun), going on to transform his life to become a Revolutionary New Afrikan Nationalist/Internationalist.

He developed a desire to convey his journey through his personal writings, and all his poems, essays, 'zines, are of a political nature.
His most recent offering has germinated out of a connection to the current 'Black Lives Matter' Coalition's campaigns, and the absence of an outside social presence of a movement, and the need to rebuild the Prisoner's Vanguard in Amerikkka's Prison Plantations.

This shout-out and release at this time, is to present yet another quality and thoughtful piece of writing by Bro. Khalfani Malik Khaldun, "The State of the New Afikan Oppressed Nation: [A Revolutionary Address]"; this can be purchased at $15.00 (per copy), with added Complimentary copies of an earlier booklet "Message To Black Women & Your Daughters: A Universal Spoken Word," and "Surviving Solitary Confinement: For The Targeted Prisoner," the latter written while serving a Long-Term stay in Solitary Confinement where the booklet was created and completed.

THE STATE OF THE NEW AFRIKAN AND OPPRESSED NATION

Bro. Khalfani Malik Khaldun now[47]-years old, having lost his only living son King Dion Toney on September 21, 2014, wants nothing more than to be reunited with his remaining family and friends.

Here is a recent photo of Khalfani Malik Khaldun, all proceeds from the purchase of this release will go towards his Legal Defense Fund & Attorney fees.