You would think us inmates have nothing but time. 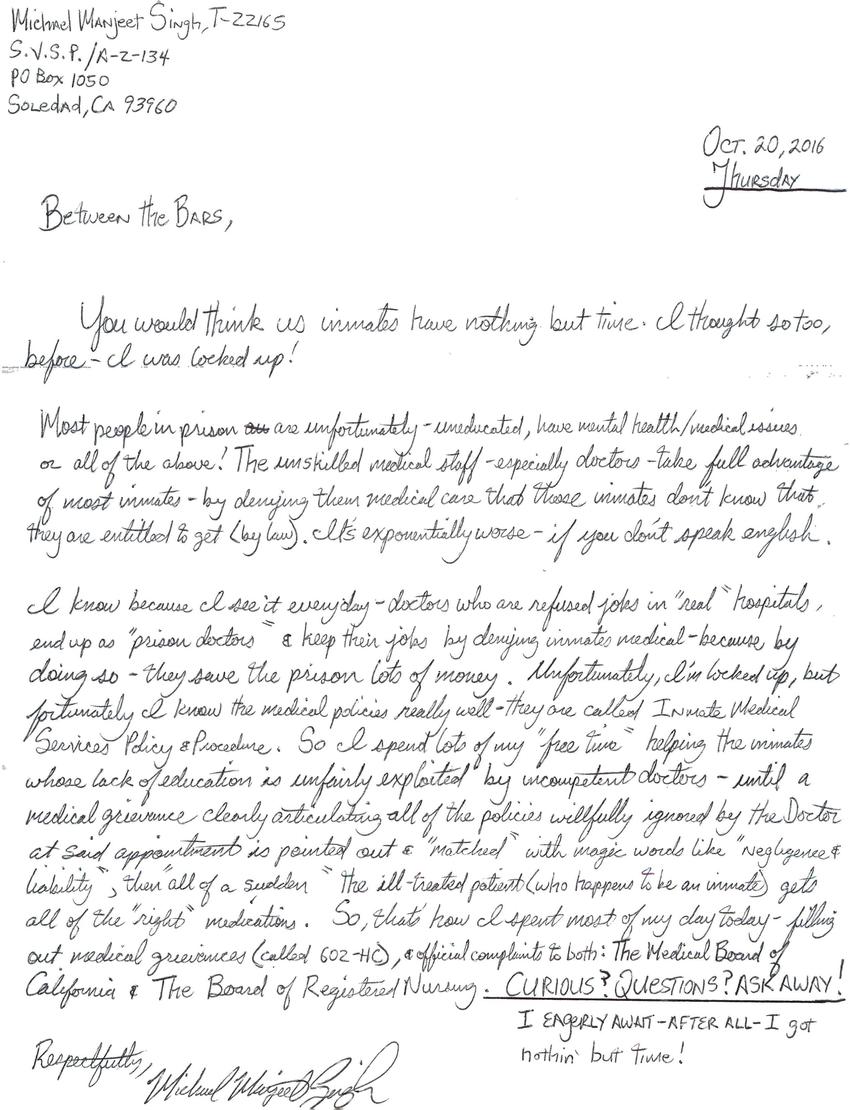 You would think us inmates would have nothing but time. I thought so too before I was locked up!

Most people in prison are unfortunately undereducated, have mental health/medical issues, or all of the above! The unskilled medical staff—especially doctors—take full advantage of most inmates by denying them medical care that those inmates don't know that they are entitled to yet (by law). It's exponentially worse if you don't speak English.

I know because I see it every day—doctors who are refused jobs in "real" hospitals end up as "prison doctors" and keep their jobs by denying inmates medical. Because by doing so, they save the prison lots of money.

Unfortunately, I'm locked up, but fortunately, I know the medical policies really well. They are called Inmate Medical Services Policy and Procedure. So I spend lots of my "free time" helping the inmates whose lack of education is unfairly exploited by incompetent doctors. Until a medical grievance clearly articulating all of the policies willfully ignored by the doctor at said appointment is pointed out and "matched" with magic words like "negligence and liability"; then "all of a sudden", the ill-treated patients (who happen to be inmates) gets all of the "right" medications. So that's how I spent most of my day today, filling out medical grievances (called 602-HC) and official complaints to both The Medical Board of California and The Board of Registered Nursing.

Curious? Questions? Ask Away!
I eagerly await. After all, I got nothin' but time!