What I Got To Say Matters 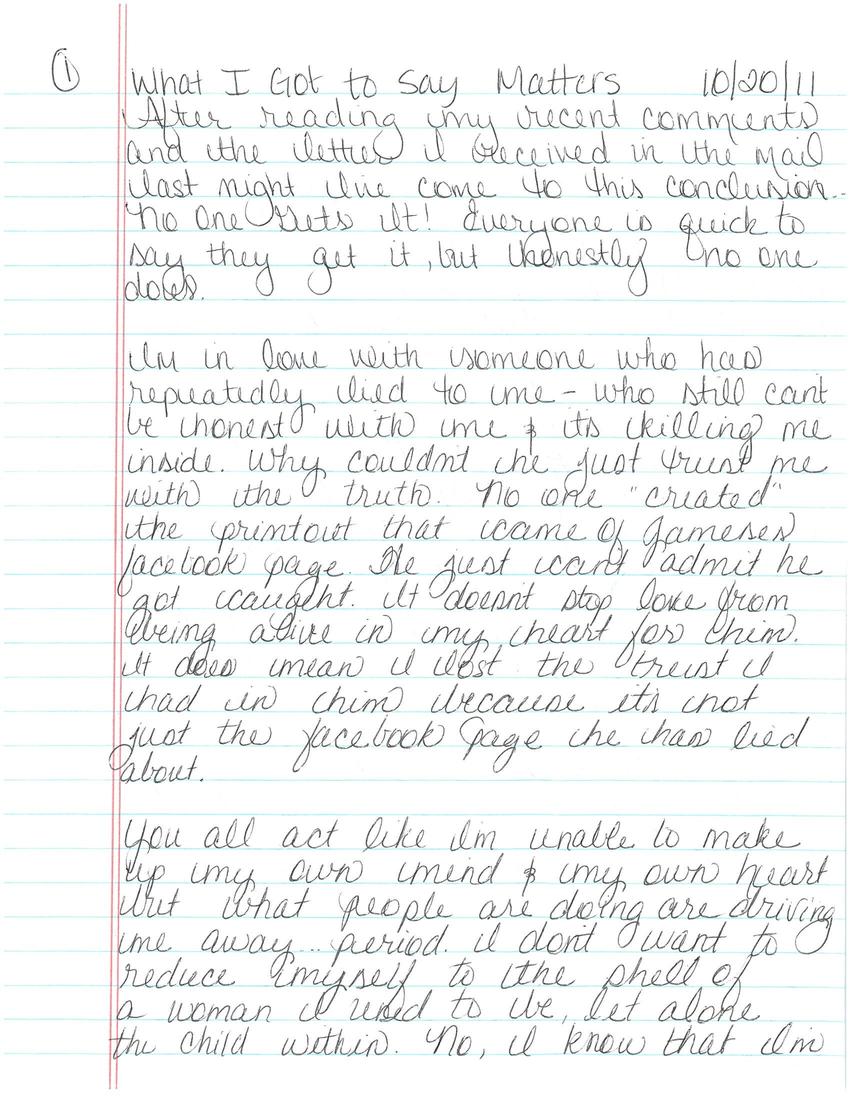 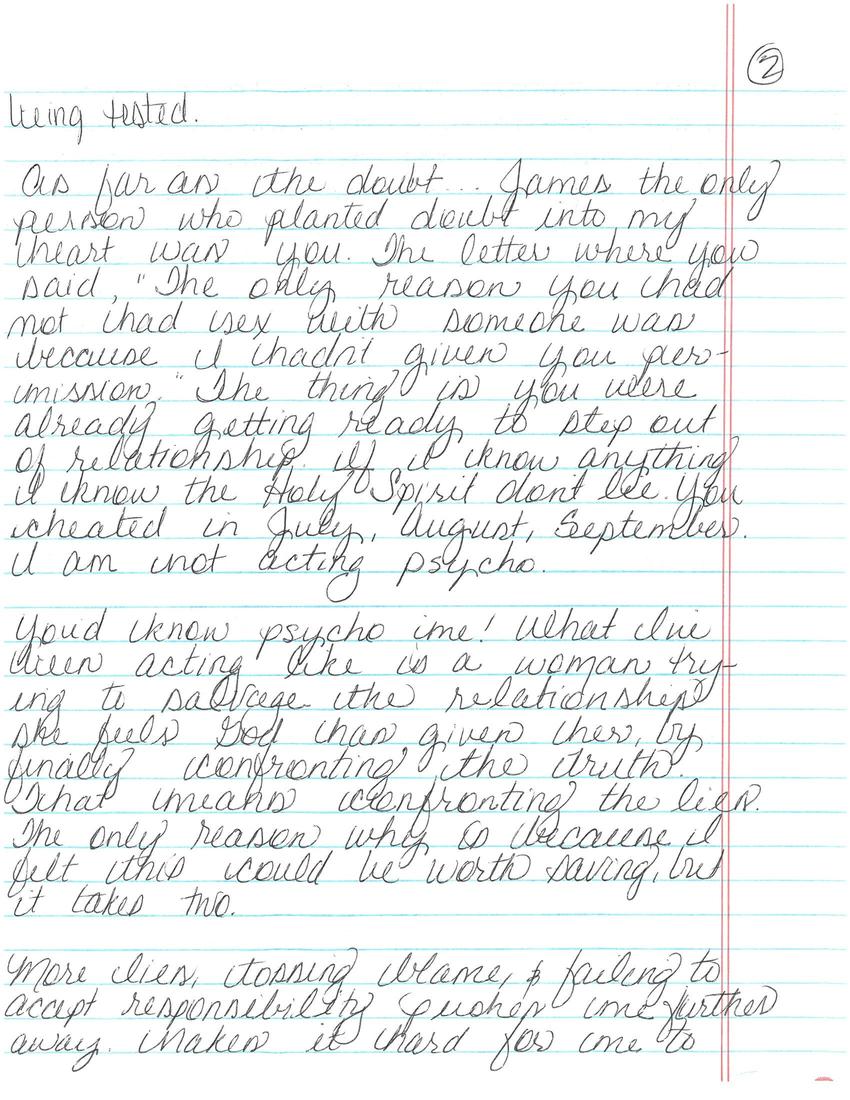 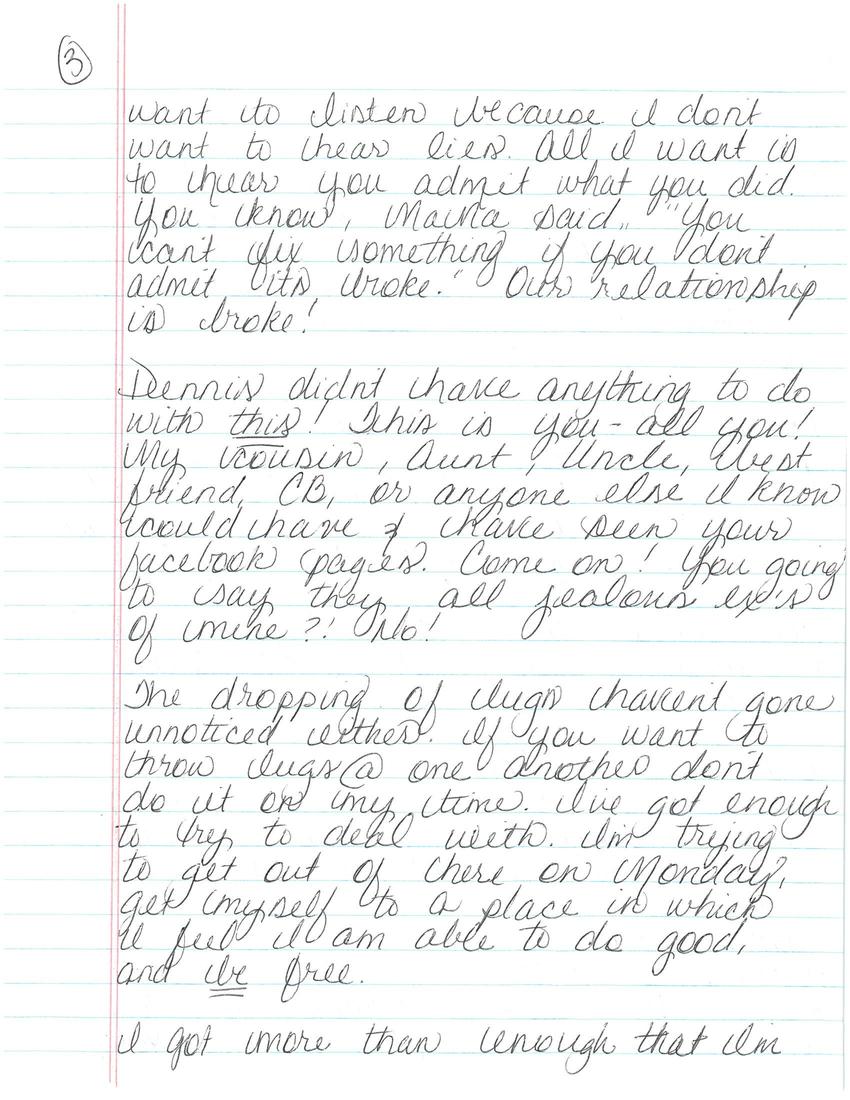 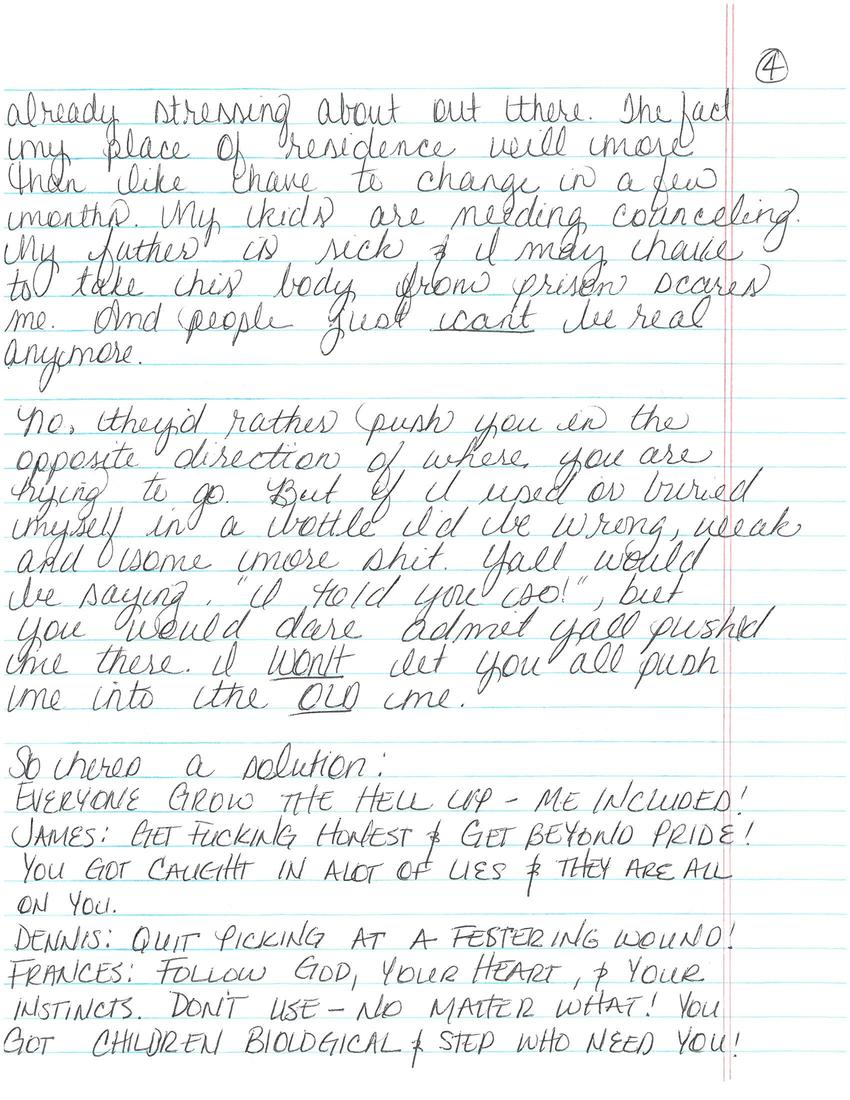 What I Got to Say Matters

After reading my recent comments and the letter I received in the mail last night, I've come to this conclusion: No one gets it! Everyone is quick to say they get it, but honestly no one does.

I'm in love with someone who has repeatedly lied to me—who still can't be honest with me, and it's killing me inside. Why couldn't he just trust me with the truth? No one "created" the print out that came of James's Facebook page. He just can't admit he got caught. It doesn't stop love from being alive in my heart for him. It does mean I lost the trust I had in him because it's not just the Facebook page he has lied about.

You all act like I'm unable to make up my own mind and my own heart, but what people are doing is driving me away, period. I don't want to reduce myself to the shell of a woman I used to be, let alone the child within. No, I know that I'm being tested.

As far as the doubt, James, the only person who planted doubted into my heart was you. The letter where you said, "The only reason you had not had sex with someone was because I hadn't given you permission." The thing is, you were already getting ready to step out of a relationship. If I know anything, I know the Holy Spirit don't lie. You cheated in July, August, September. I am not acting psycho.

You'd know psycho me! What I've been acting like is a woman trying to salvage the relationship she feels God has given her by finally confronting the truth. That means confronting the lies. The only reason why is because I felt this could be worth saving, but it takes two.

More lies, tossing blame and failing to accept responsibility pushes me further away. Makes it hard for one to want to listen because I don't want to hear lies. All I want is to hear you admit what you did. You know, Maina said, "You can't fix something if you don't admit it's broke." Our relationship is broke!

Dennis didn't have anything to do with this! This is you—all you! My cousin, aunt, uncle, best friend, CB, or anyone else I know could have and have seen your Facebook pages. Come on! You're going to say they all jealous exes of mine!? No!

THe dropping of drugs hasn't gone unnoticed either. If you want to throw drugs at one another, don't do it on my time. I've got enough to try to deal with. I'm trying to get out of here on Monday, get myself to a place in which I feel I am able to do good, and be free.

I got more than enough that I'm already stressing about out there. The fact that my place of residence will more than likely have a change in a few months. My kids are needing counseling. My father is sick and I may have to take his body from prison scares me. And people just can't be real anymore.

No, they'd rather push you in the opposite direction of where you are trying to go. But if I used or buried myself in a bottle, I'd be wrong, weak and some more shit. Y'all would be saying, "I told you so!" , but you wouldn't dare admit that y'all pushed me there. I won't let you all push me into the old me.

So here's a solution: everyone grow the hell up—me included!
James: Get fucking honest and get beyond pride! You got caught in a lot of lies and they are all on you.
Dennis: Quit picking at a festering wound!
Frances: Follow God, your heart, and your instincts. Don't use—no matter what! You got children, biological and step, who need you!