Though I'm Behind Bars 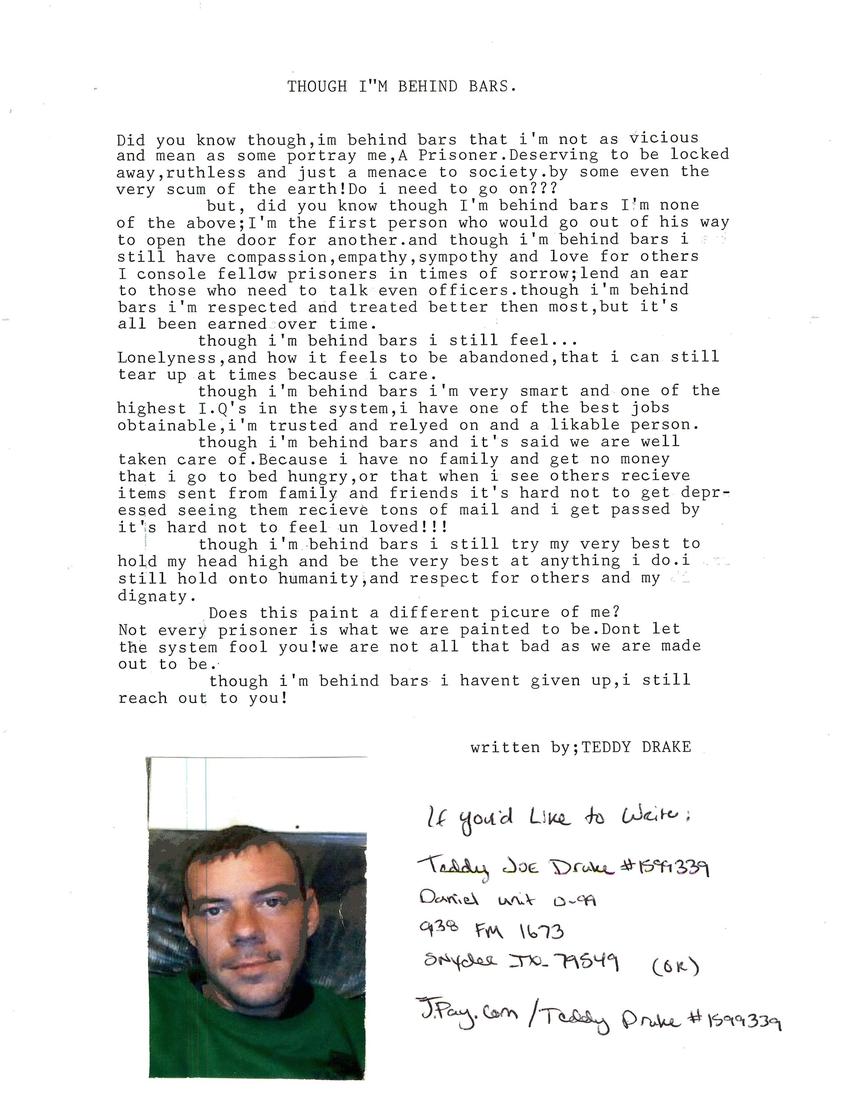 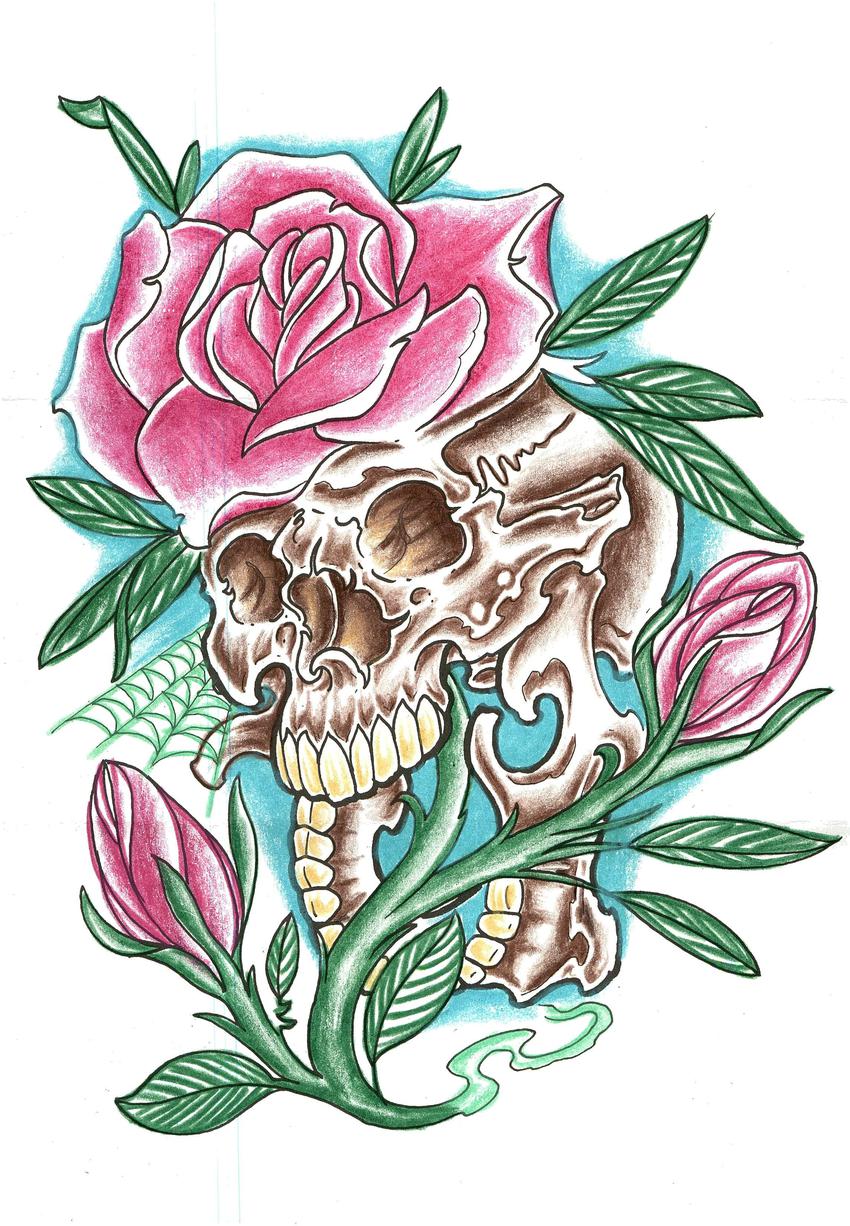 THOUGH I'M BEHIND BARS.

Did you know though, I'm behind bars but I'm not as vicious and mean as some portray me, a prisoner. Deserving to be locked away, ruthless and just a menace to society. By some even the very scum of the earth! Do I need to go on???

But, did you know the one behind bars I'm none of the above; I'm the first person who would go out of his way to open the door for another. And though I'm behind bars, I still have compassion, empathy, sympathy, and love for others I console fellow prisoners in times of sorrow; lend ab ear to those who need to talk even officers. Though I'm behind bars I'm respected and treated better than most, but it's all been earned over time.

Though I'm behind bars I still feel… Loneliness, and how it feels to be abandoned, but I can still tear up at times because I care.

Though I'm behind bars I'm very smart and one of the highest IQs in the system, I have one of the best jobs attainable, I'm trusted and relied on and a likable person.

Though I'm behind bars and it said we are well taken care of. Because I have no family and get no money that I go to bed hungry, or that when I see others receive items sent from family and friends it's hard not to get depressed seeing them receive tons of mail and I get passed by it's hard not to feel unloved!!!

Though I'm behind bars I still try my very best to hold my head high and be the very best at anything I do. I still hold onto humanity, and respect for others and my dignity.

Does this paint a different picture of me? Not every prisoner is what we are painted to be. Don't let the system for you! We are not all that bad as we are made out to be.

The one behind bars I haven't given up, I still reach out to you!

I wish you the best.
-KC
Hi Teddy!

I like your colorful art work.
It looks like as you would enjoy drawing as a little escape from the daily circumstances within prison reality.
Thank you for sharing with us!
Keep up the good work! 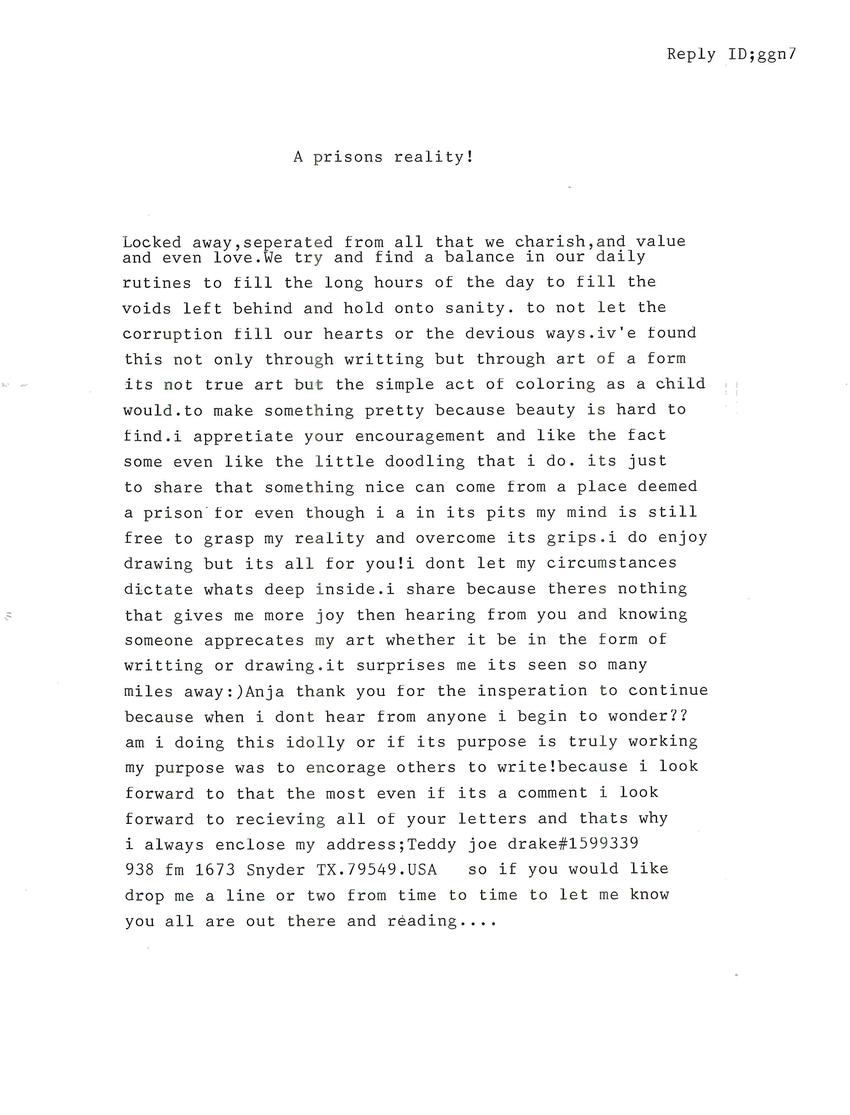 so true. people think that just because we are "prisoners" that somehow we lost all of our humanity. Not true. We got caught. That's the only difference between "us" and "them"! Very nicely written