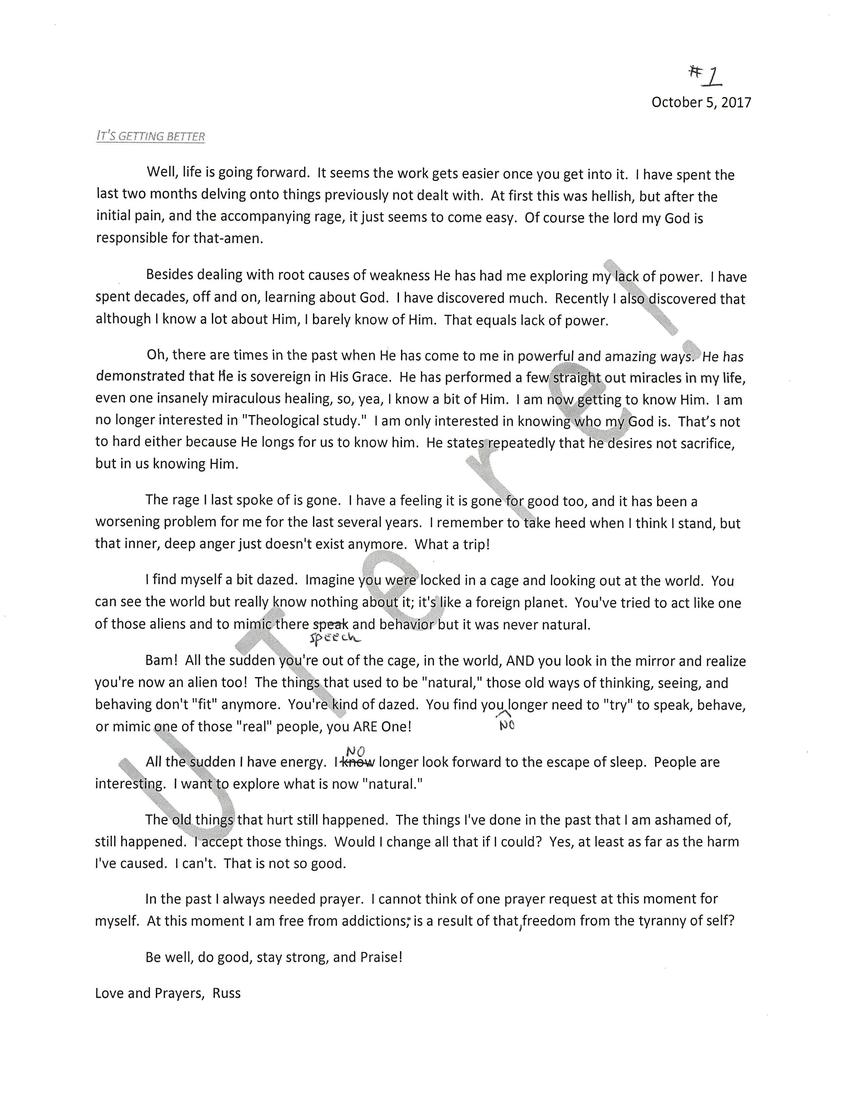 Well, life is going forward. It seems the work gets easier once you get into it. I have spent the last two months delving into things previously not dealt with. At first this was hellish, but after the initial pain, and the accompanying rage, it just seems to come easy. Of course the Lord my God is responsible for that - Amen.

Besides dealing with root causes of weakness He has had me exploring my lack of power. I have spent decades, off and on, learning about God. I have discovered much. Recently I also discovered that although I know a lot about Him, I barely know of Him. That equals lack of power.

Oh, there are times in the past when He has come to me in powerful and amazing ways. He has demonstrated that He is sovereign in His Grace. He has performed a few straight out miracles in my life, even one insanely miraculous healing, so, yea, I know a bit of Him. I am now getting to know Him. I am no longer interested in "Theological study." I am only interested in knowing who my God is. That's not too hard either because He longs for us to know him. He states repeatedly that he desires not sacrifice, but in us knowing Him.

The rage I last spoke of is gone. I have a feeling it is gone for good too, and it has been a worsening problem for me for the last several years. I remember to take heed when I think I stand, but that inner, deep anger just doesn't exist anymore. What a trip!

I find myself a bit dazed. Imagine you were locked in a cage and looking out at the world. You can see the world but really know nothing about it; it's like a foreign planet. You've tried to act like one of those aliens and to mimic their speech and behaviour but it was never neutral.

Bam! All the sudden you're out of the cage, in the world, AND you look in the mirror and realize you're now an alien too! The things that used to be "natural," those old ways of thinking, seeing, and behaving don't "fit" anymore. You're kind of dazed. You find you no longer need to "try" to speak, behave, or mimic one of those "real" people, you ARE One!

All the sudden I have energy, I no longer look forward to the escape of sleep. People are interesting. I want to explore what is not "natural."

The old things that hurt still happened. The things I've done in the past that I am ashamed of, still happened. I accept those things. Would I change all that if I could? Yes, at least as far as the harm I've caused. I can't. That is not so good.

In the past I always needed prayer. I cannot think of one prayer request at this moment for myself. At this moment I am free from addictions; is a result of that, freedom from the tyranny of self?

Be well, do good, stay strong, and Praise!