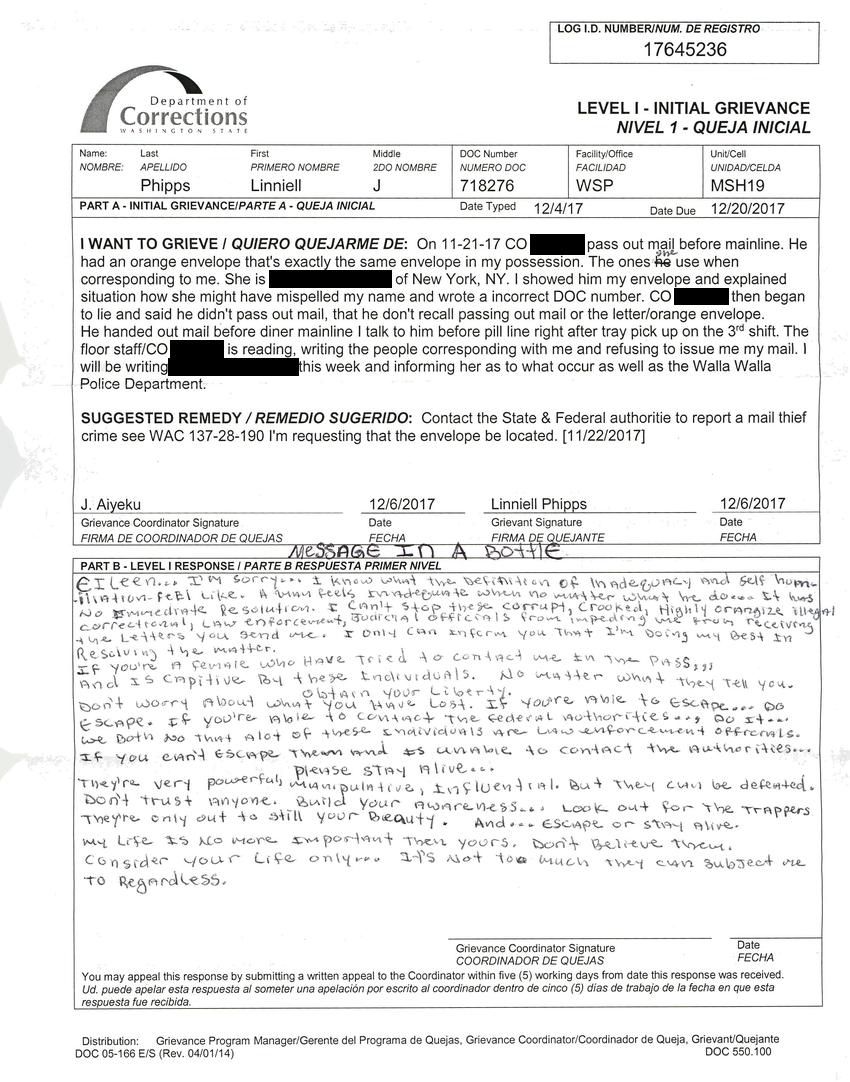 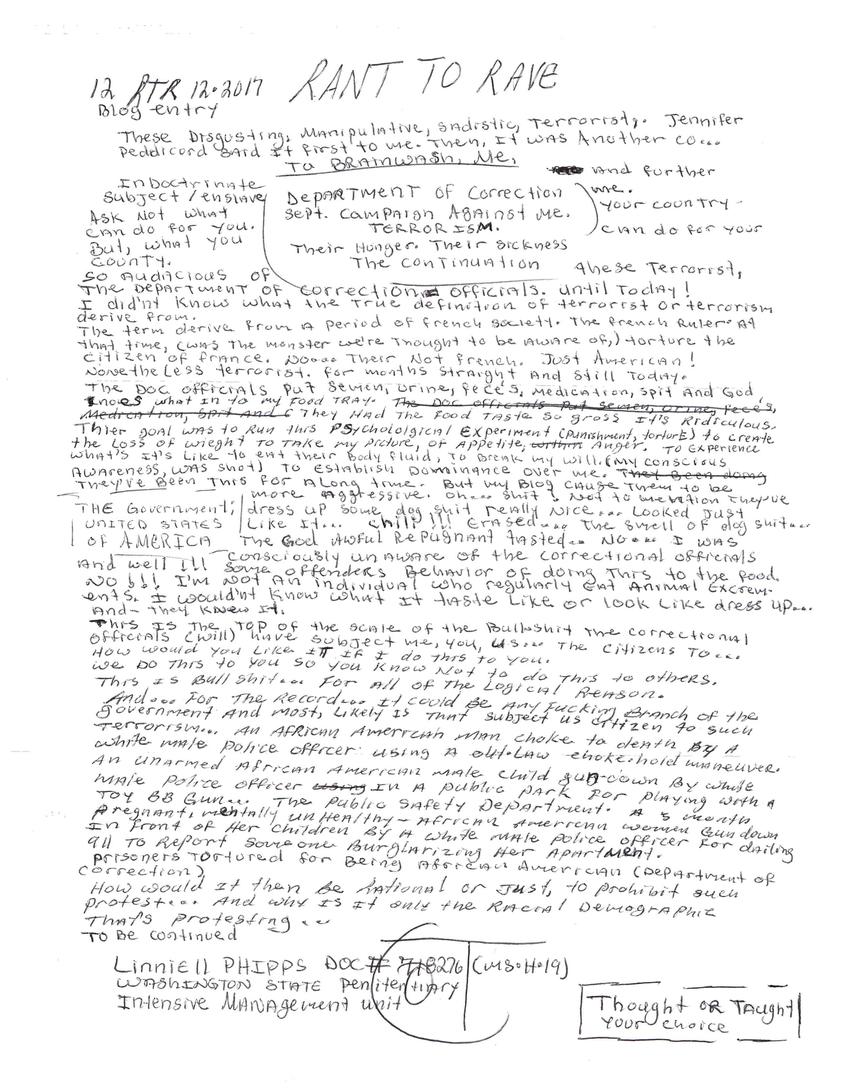 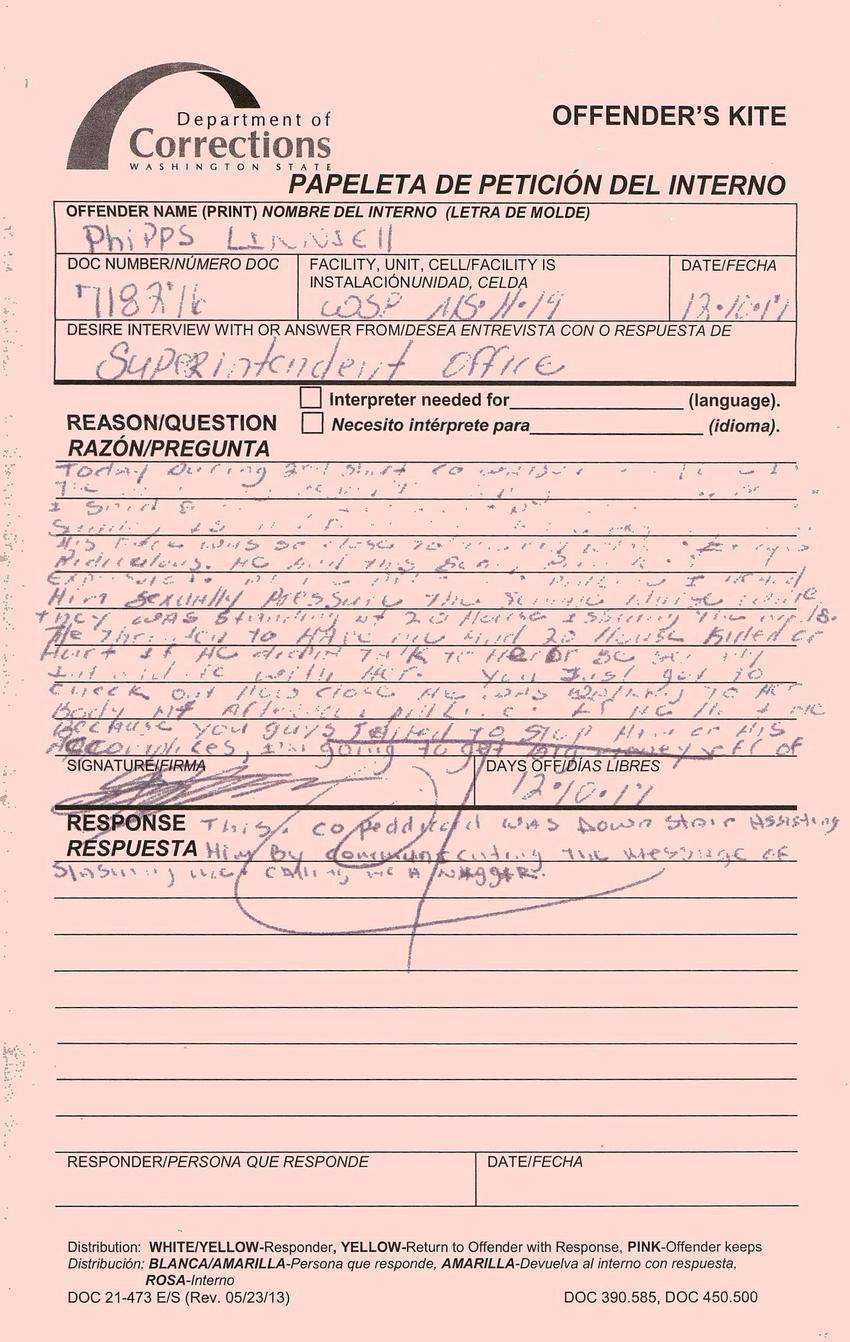 I WANT TO GRIEVE/QUIERO QUEJARME DE: On 11-21-17 CO [blanked out] pass out mail before mainline. He had an orange envelope that's exactly the same envelope in my possession. The ones she use when corresponding to me. She is [blanked out] of New York, NY. I showed him my envelope and explained situation how she might have misspelled my name and wrote an incorrect DOC number. CO [blanked out] then began to lie and she he didn't pass out mail, that he don't recall passing out mail or the letter/orange envelope. He handed out mail before diner mainline I talk to him before pill line right after tray pick up on the 3rd shift. The floor staff/CO [blanked out] is reading, writing the people corresponding with me and refusing to issue me my mail. I will be writing [blanked out] this week and informing her as to what occur as well as the Walla Walla Police Department.