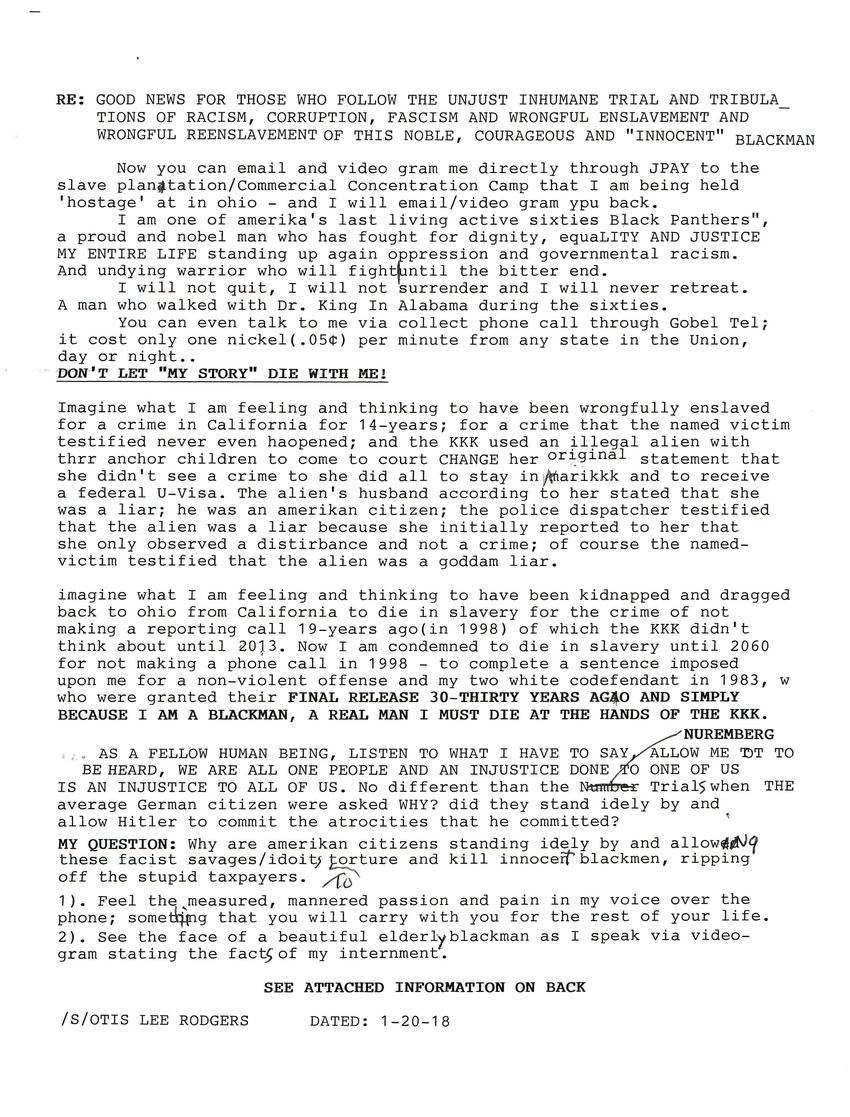 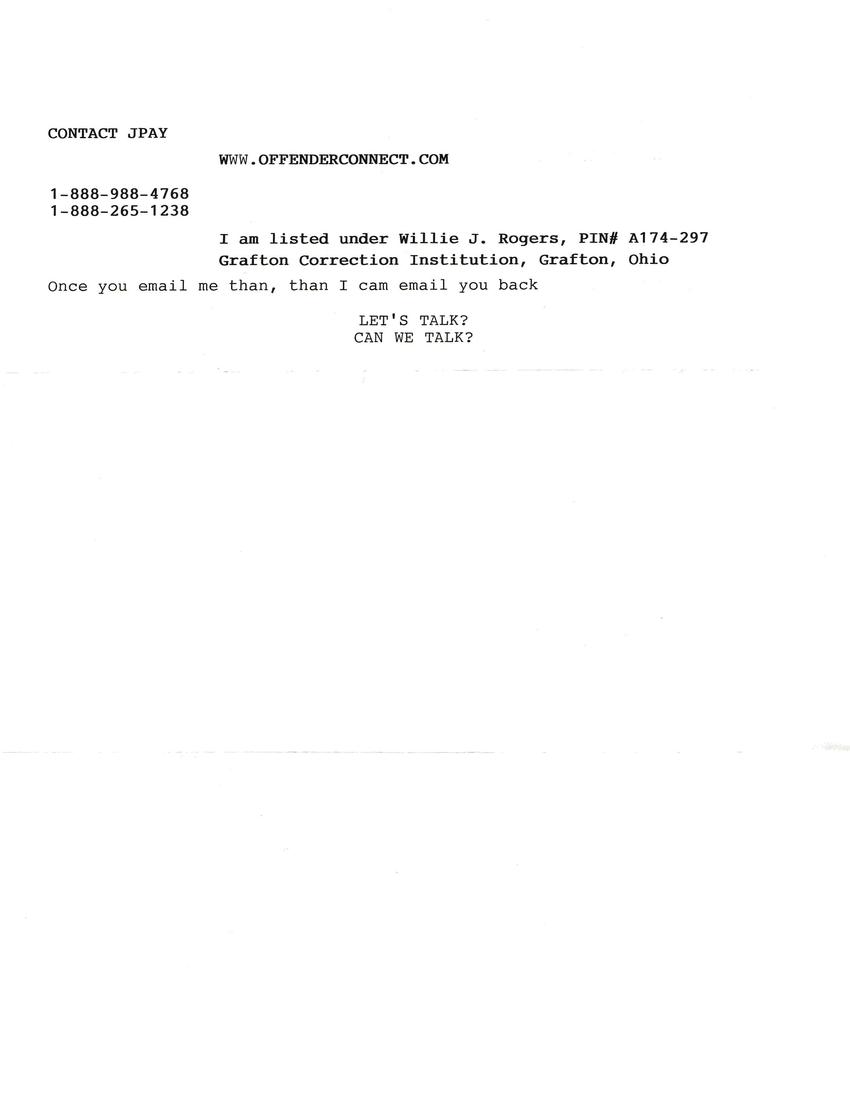 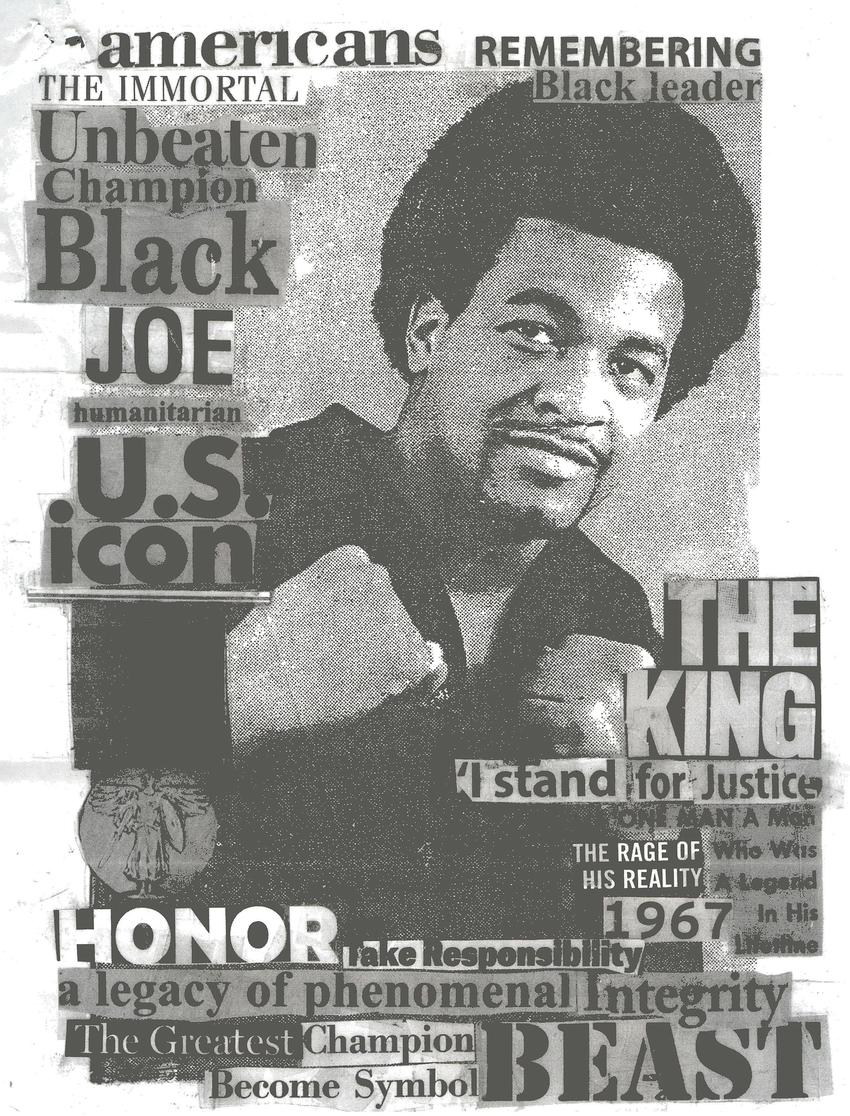 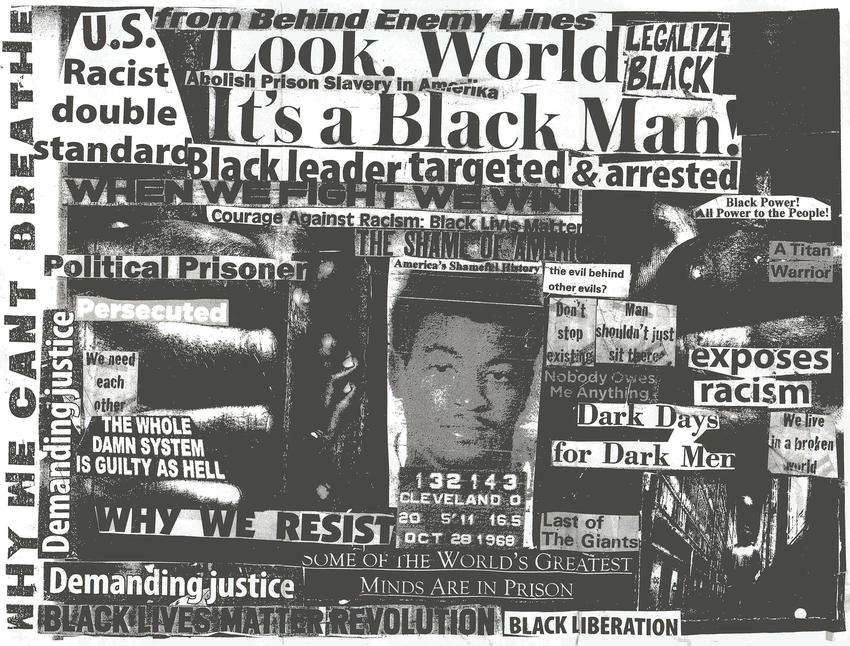 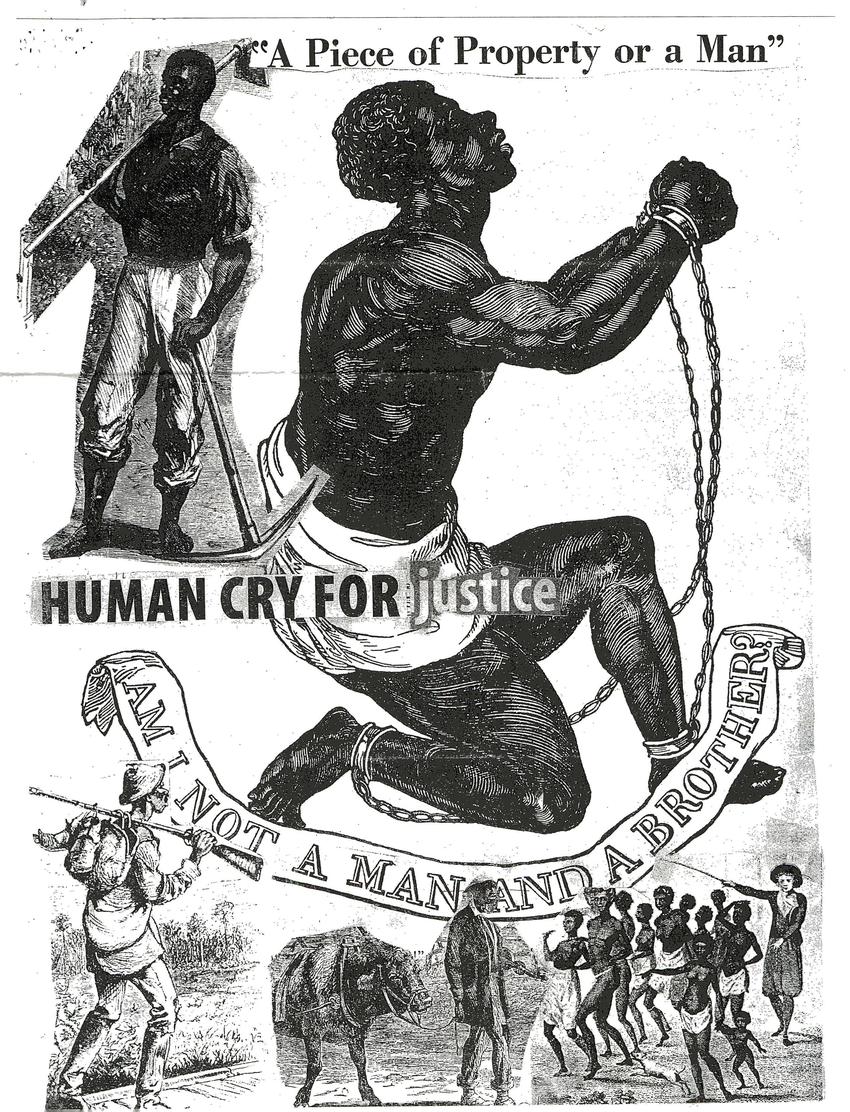 RE: GOOD NEWS FOR THOSE WHO FOLLOW THE UNJUST INHUMANE TRIAL AND TRIBULATIONS OF RACISM, CORRUPTION, FASCISM AND WRONGFUL ENSLAVEMENT AND WRONGFUL REENSLAVEMENT OF THIS NOBLE, COURAGEOUS AND "INNOCENT" BLACKMAN

Now you can email and video gram me directly through JPAY to the slave plantation/Commercial Concentration Camp that I am being held 'hostage' at in ohio - and I will email/video gram you back.
I am one of Amerika's last living active sixties Black Panthers", a proud and noble man who has fought for dignity, equality and justice my entire life standing up against oppression and governmental racism. And undying warrior who will fight until the bitter end.
I will not quit, I will not surrender and I will never retreat. A man who walked with Dr. King in Alabama during the sixties.
You can even talk to me via collect phone call through Gobel Tel; it cost only one nickel (.05c) per minute from any state in the Union, day or night...
DON'T LET "MY STORY" DIE WITH ME!

Imagine what I am feeling and thinking to have been wrongfully enslaved for a crime in California for 14-years; for a crime that the named victim testified never even happened; and the KKK used an illegal alien with there anchor children to come to court CHANGE her original statement that she didn't see a crime to she did all to stay in Amarikkk and to receive a federal U-Visa. The alien's husband according to her stated that she was a liar; he was an amerikan citizen; the police dispatcher testified that the alien was a liar because she initially reported to her that she only observed a disturbance and not a crime; of course the named-victim testified that the alien was a goddamn liar.

Imagine what I am feeling and thinking to have been kidnapped and dragged back to ohio from California to die in slavery for the crime of not making a reporting call 19-years ago (in 1998) of which the KKK didn't think about until 2013. Now I am condemned to die in slavery until 2060 for not making a phone call in 1998 - to complete a sentence imposed upon me for a non-violent offense and my two white co-defendant in 1983, who were granted their FINAL RELEASE 30-THIRTY YEARS AGO AND SIMPLY BECAUSE I AM A BLACKMAN, A REAL MAN I MUST DIE AT THE HANDS OF THE KKK.

AS A FELLOW HUMAN BEING, LISTEN TO WHAT I HAVE TO SAY, ALLOW ME TO BE HEARD, WE ARE ALL ONE PEOPLE AND AN INJUSTICCE DONE TO ONE OF US IS AN INJUSTICE TO ALL OF US. No different that the Nuremberg Trials when the average German citizen were asked WHY? did they stand idly by and allow Hitler to commit the atrocities that he committed?

MY QUESTION: Why are amerikan citizens standing idly by and allowing these fascist savages/idiots torture and kill innocent black men, ripping off the stupid taxpayers.

1). Feel the measured, mannered passion and pain in my voice over the phone; something that you will carry with you for the rest of your life.
2). See the face of a beautiful elderly black man as I speak via video-gram stating the facts of my internment.

SEE ATTACHED INFORMATION ON BACK

Once you email me than, thank I can email you back

LET'S TALK?
CAN WE TALK?

MAKE A T-SHIRT OUT OF THE ATTACHED PHOTO AND WEAR IT DURING A BLACK HISTORY MONTH, REPRESENTING THOSE PROUD, NOBLE BLACK WARRIORS OF THE CIVIL RIGHTS MOVEMENT

U.S. Racist double standard
from Behind Enemy Lines
Look, World
Abolish Prison Slavery in Amerika
LEGALIZE BLACK
It's a Black Man!
Black leader targeted & arrested
WHEN WE FIGHT WE WIN!
Courage Against Racism: Black Lives Matter
THE SHAME OF AMERICA
Black Power! All Power to the People!
A Titan Warrior
Political Prisoner
Persecuted
America's Shameful History
the evil behind other evils?
Don't stop existing
Man shouldn't just sit there
Nobody Owes Me Anything
exposes racism
Dark Days
We need each other
Demanding justice
THE WHOLE DAMN SYSTEM IS GUILTY AS HELL
Dark Days for Dark Men
We live in a broken world
WHY WE RESIST
Last of The Giants
132 143
CLEVELAND O
20 5'11 16.5
OCT 28 1968
SOME OF THE WORLD'S GREATEST MINDS ARE IN PRISON
Demanding Justice
BLACK LIVES MATTER REVOLUTION
BLACK LIBERATION

"A Piece of Property or a Man"

AM I NOT A MAN AND A BROTHER?