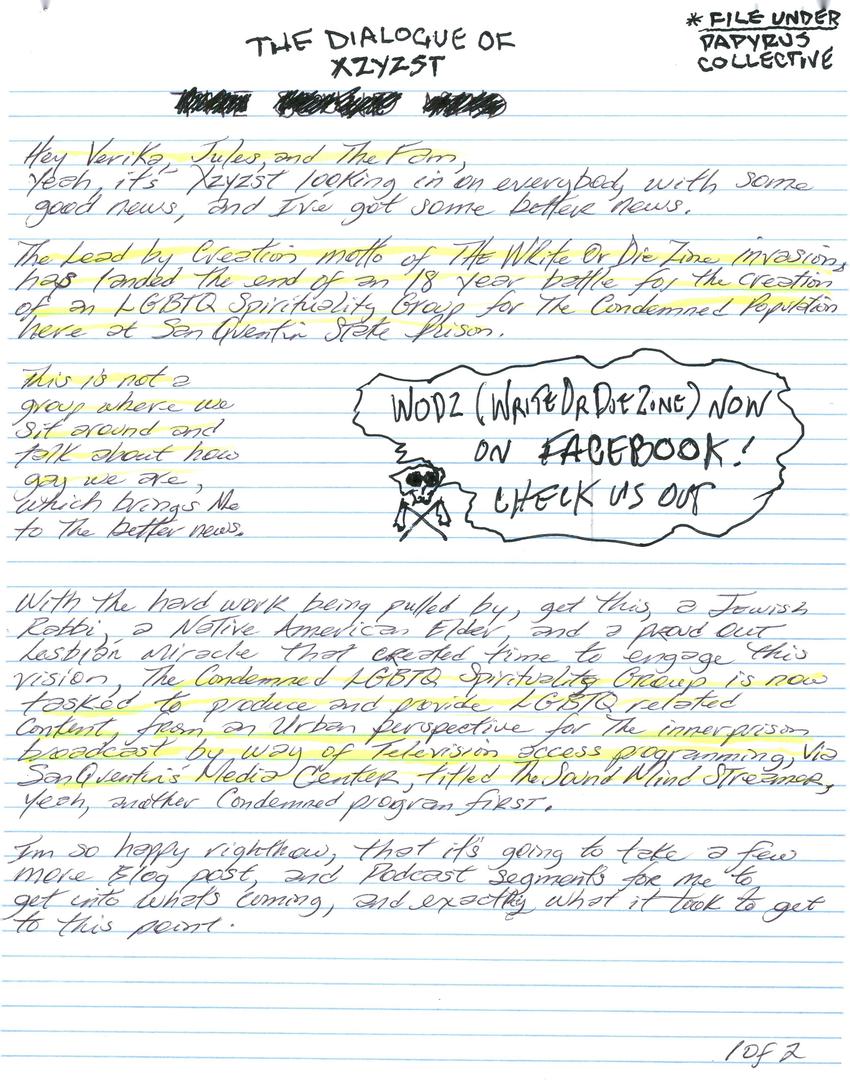 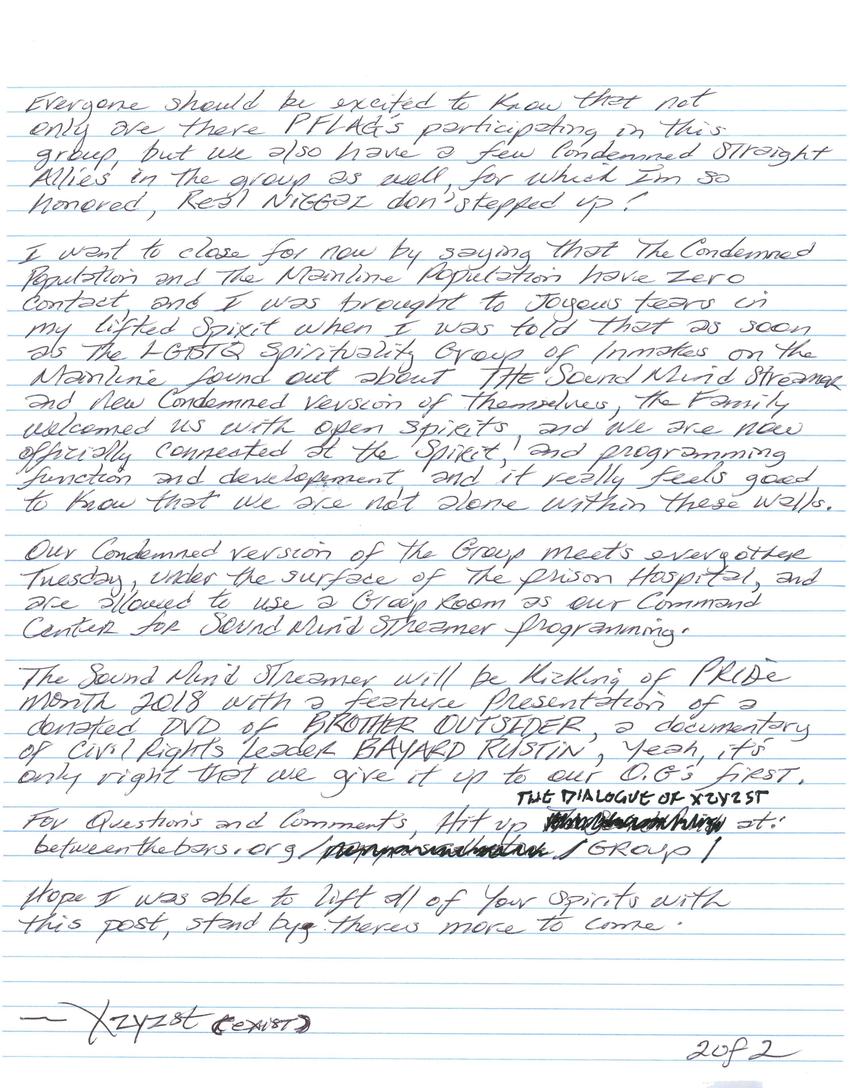 WODZ (Write or Die Zine) now on FACEBOOK!
Check us out

Hey, Verika, Jules, and the fam:
Yeah, it's Xzyzst looking in on everybody with some good news, and I've got some better news.

The lead-by-creation motto of the Write or Die Zine invasion has landed the end of an 18 year battle for the creation of a LGBTQ spirituality group for the condemned population here at San Quentin State Prison.

This is not a group where we sit around and talk about how gay we are, which brings me to the better news.

With the hard work being pulled by—get this—a Jewish rabbi, a Native American elder, and a proud out lesbian miracle that created time to engage this vision, the Condemned LGBTQ spirituality group is now tasked to produce and provide LGBTQ content from an urban perspective for the inner-prison broadcast by way of television access programming, via San Quentin's media center, as The Sound Mind Streamer. Yeah, another condemned program first.

I'm so happy right now that it's going to take a few more blog posts and podcast segments for me to get into what's coming—and exactly what it took to get this point.

Everyone should be excited to know that not only are there PFLAG's participating in this group, but we are also having a few condemned straight allies in the group too, for which I'm so honored. Real Niggaz don' stepped up!

I want to close for now by saying that the condemned population and the mainline population have zero contact, and I was brought to joyous tears in my lifted spirit when I was told that, as soon as the LGBTQ spirituality group of inmates on the mainline found out about The Sound Mind Streamer and New Condemned Version of themselves, the family welcomed us with open spirits. We are now officially connected to the Spirit and programming function and development. It really feels good to know that we aren't alone within these walls.

Our condemned version of the group meets every other Tuesday under the surface of the prison hospital. We are allowed to use a group room as our command center for Sound Mind Streamer programming.

The Sound Mind Streamer will be kicking off Pride Month 2018 with a feature presentation of a donated DVD of Brother Outsider, a documentary of civil rights leader Buyard Rustin. Yeah, it's only right that we give it up to our OG's first.

For questions and comments, hit up The Dialogue of XZTZST at https://betweenthebars.org/group/papco/

Hope I was able to lift all of your spirits with this post. Stand by, there's more to come.