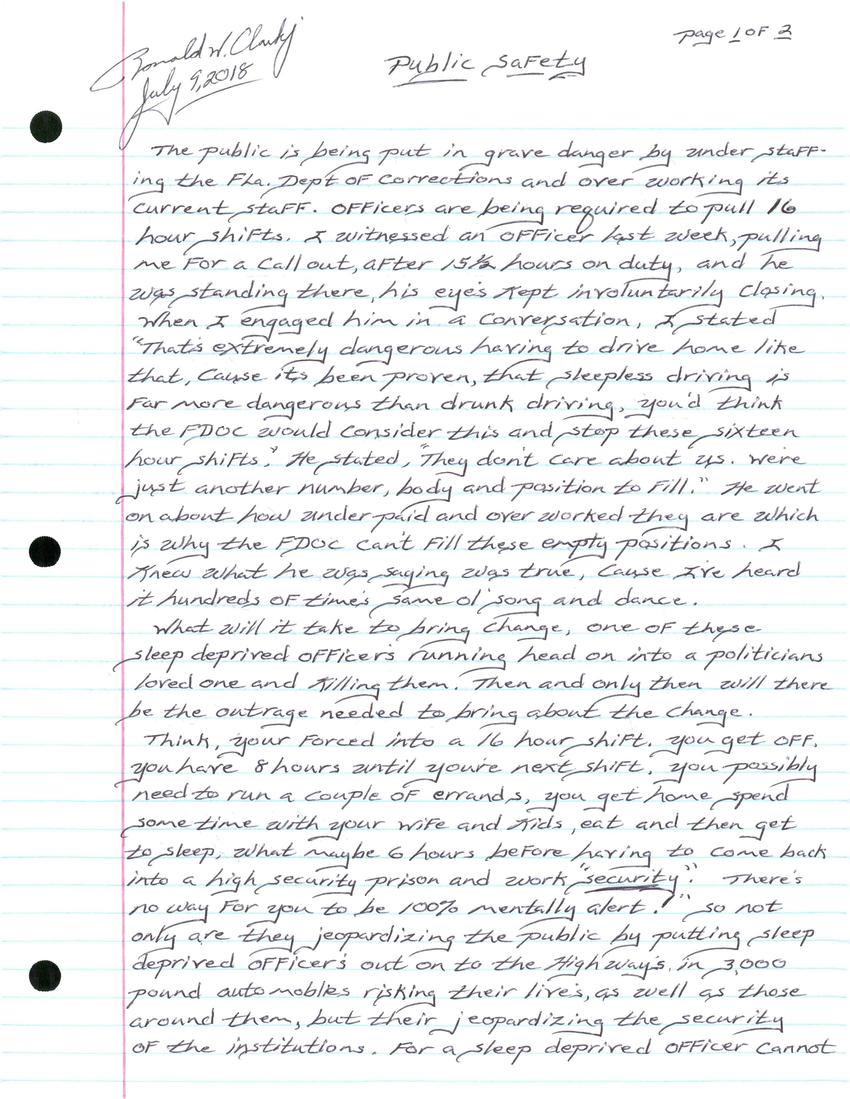 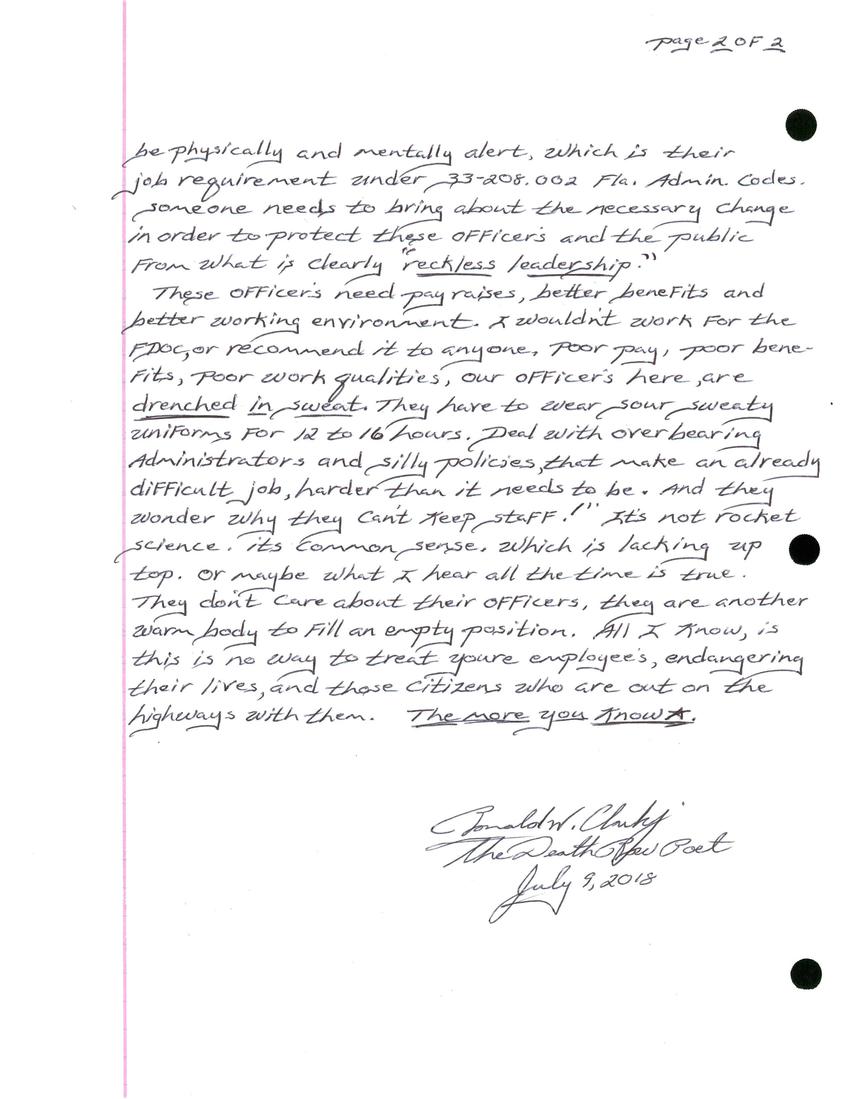 The public is being put in grave danger by under-staffing in the Florida Department of Corrections and overworking its current staff.

Officer are being required to pull 16-hour shifts. I witnessed an officer last week pulling me out for call after 15 1/2 hours on duty, and he was standing there. His eyes kept involuntarily closing. When I engaged him in a conversation, I stated, "That's extremely dangerous having to drive home like that 'cause it's been proven that sleepless driving is far more dangerous than drunk driving. You'd think the FDOC would consider this and stop these sixteen hour shifts." He stated, "They don't care about us. We're just another number, body, and position to fill."

He went on about how underpaid and overworked they are, which is why the FDOC can't fill these empty positions. I knew what he was saying was true 'cause I've heard it hundreds of times. Same ol' song and dance.

What will it take to bring change? One of these sleep-deprived officers running head on into a politician's loved one and killing them. Then and only then will there be the outrage needed to bring about the change.

Think: you're forced into a 16-hour shift. You get off. You have eight hours until your next shift. You possibly need to run a couple of errands. You get home. Spend some time with your wife and kids. Eat. Get to sleep. What, maybe six hours before having to come back to a high-security prison and work "security." There's no way for you to be 100% mentally alert.

So not are they only jeopardizing the public by putting sleep-deprived officers out on the highways in 3,000 automobiles, risking their lives and for those around them, but they're jeopardizing the security of the institutions.

A sleep-deprived officer cannot be physically and mentally alert, which is their job requirement under 33-208.002 Florida Admin Codes. Someone needs to build about the necessary change in order to protect these officers and the public from what is clearly "reckless leadership."

These officers need pay raises, better benefits, and better working environments. I wouldn't work for the FDOC or recommend it to anyone. Poor pay, poor benefits, poor work qualities. Our offices here are drenched in sweat. They have to wear sour, sweaty uniforms for 12 to 16 hours, deal with overbearing administrators, and silly policies that make an already difficult job harder than it needs to be.

And they wonder why they can't keep staff!

It's not rocket science, it's common sense. Which is lacking up top. Or maybe what I hear all the time is true. They don't care about their officers. They are another warm body to fill an empty position.

All I know is this is no way to treat your employees. You're endangering their lives and the citizens who are out there in the highways with them. The more you know.