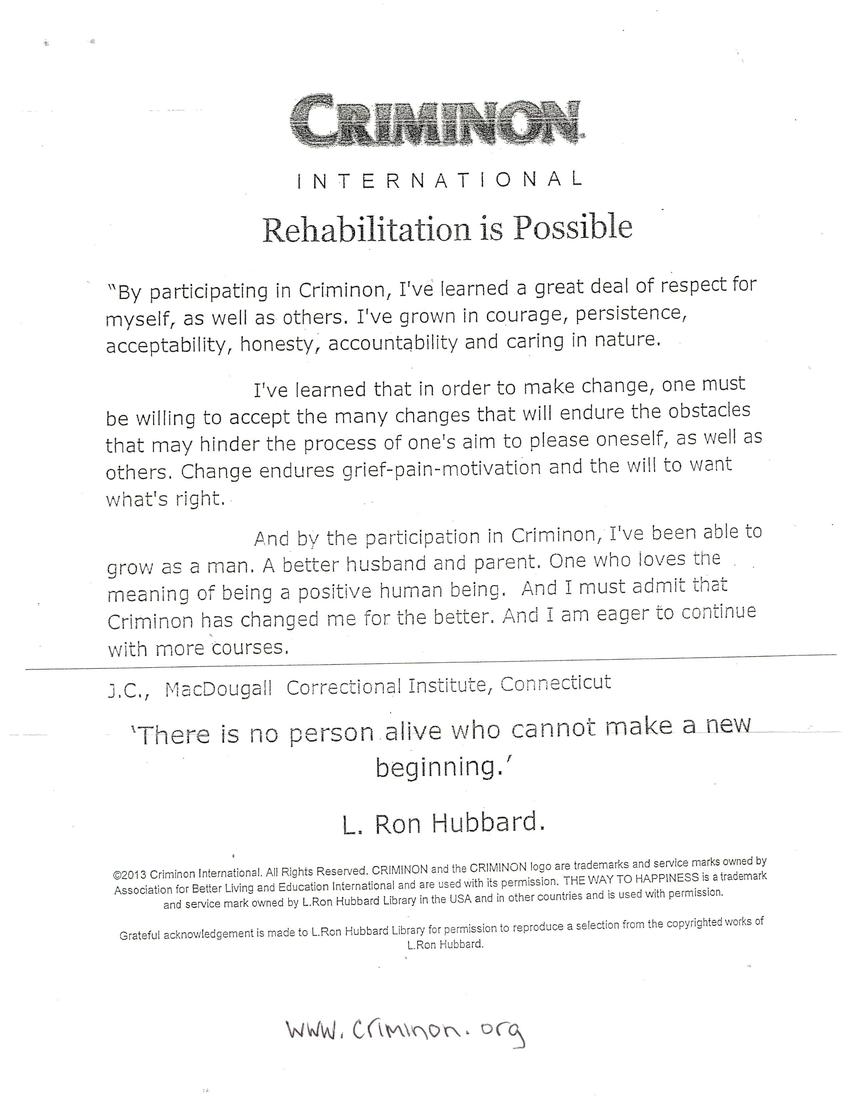 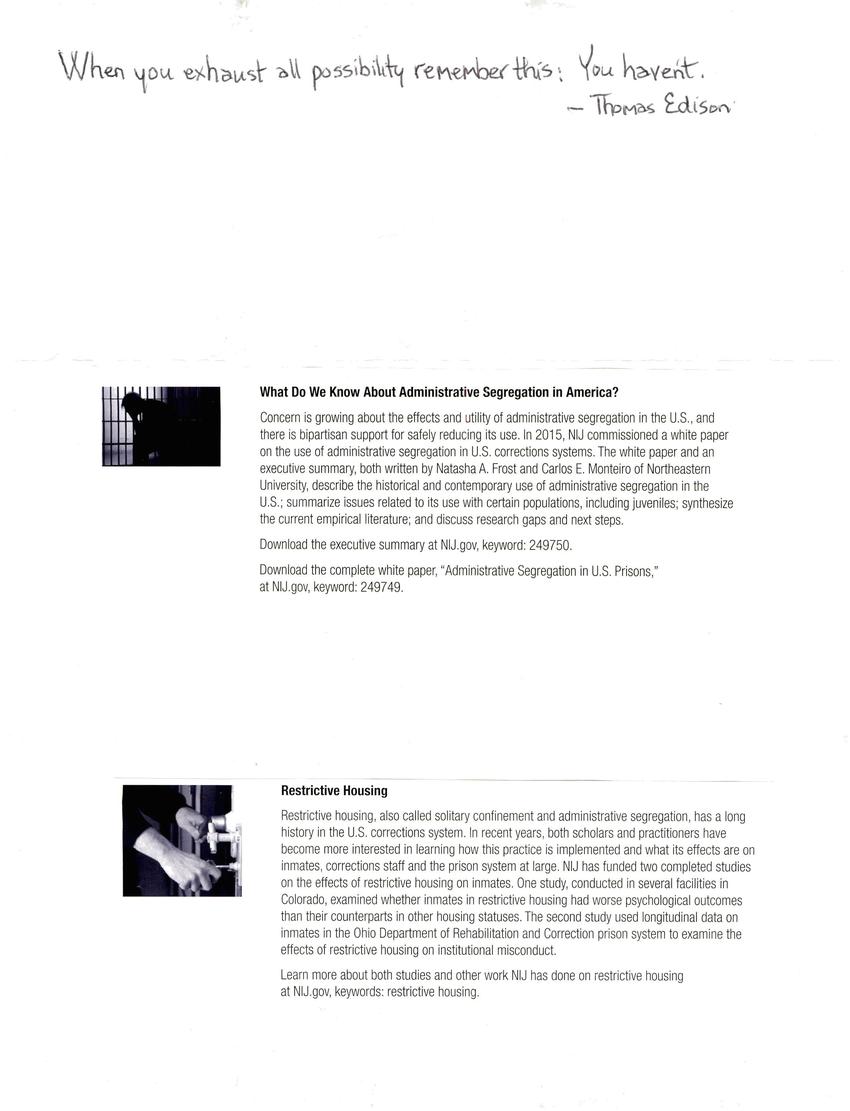 "By participating in Criminon, I've learned a great deal of respect for myself, as well as others. I've grown in courage, persistence, acceptability, honesty, accountability, and caring in nature.

"I've learned that in order to make change, one must be willing to accept many changes that will endure the obstacles that may hinder the process of one's aim to please oneself, as well as others. Change endures grief-pain-motivation and the will to want what's right.

"And by the participation in Criminon, I've been able to grow as a man. A better husband and parent. One who loves the meaning of being a positive human being. And I must admit that Criminon has changed me for the better. And I am eager to continue with more courses."
—J.C., MaCDougall Correctional Institute, Connecticut

"There is no person alive who cannot make a new beginning."
—L. Ron Hubbard

"When you exhaust all possibility remember this: You haven't."
—Thomas Edison

What Do We Know About Administrative Segregation in America?

Restrictive housing, also called administrative segregation and ​solitary confinement, has a long history in the U.S. corrections system. The empirical literature on this important issue has grown, and in recent years, scholars have continued to systematically study how restrictive housing is used in correctional settings and what effects it has on inmates, corrections staff and the prison organization at large.

Thank you WG for posting this. I finally found the Ad-Seg for MCSP on the net. ML Erne
You win Whispers. intro pak coming from publisher for extension courses. Spencer is sending it for your TEE and CR for TFOT
There is no APA ext purchased. So I don't know where that came from??
ml, Erne