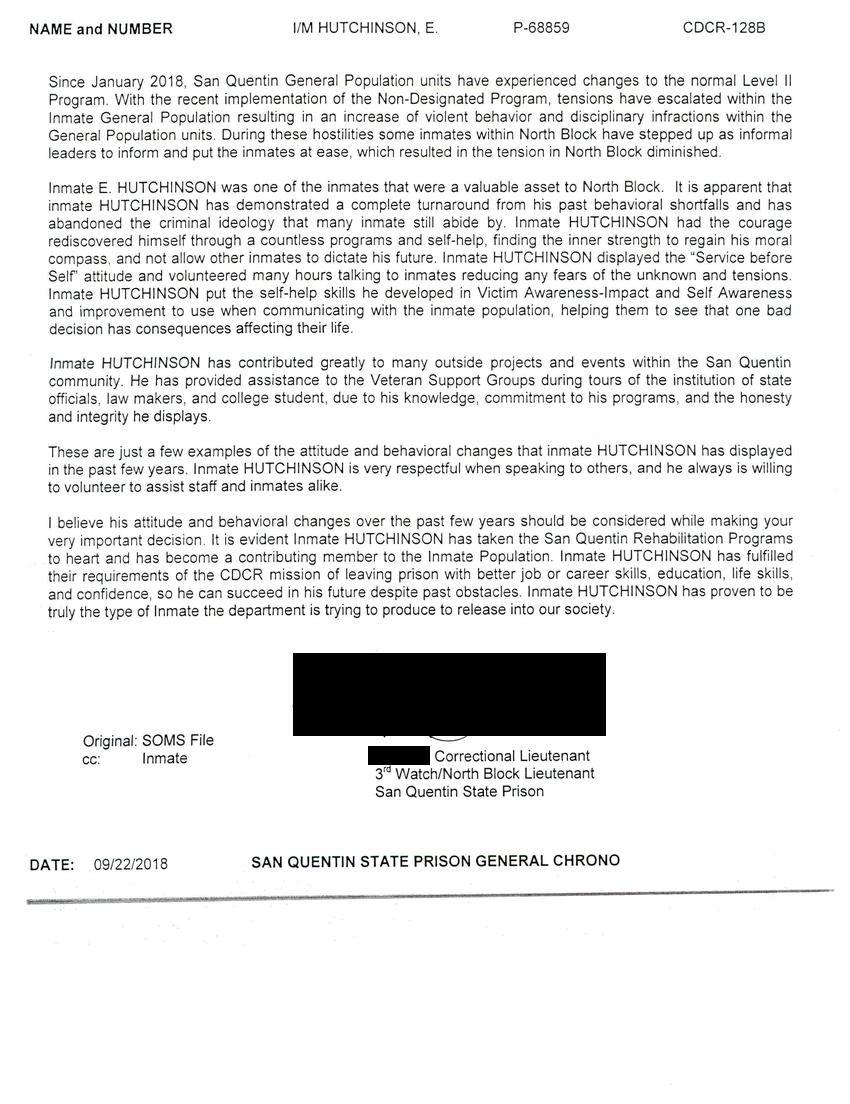 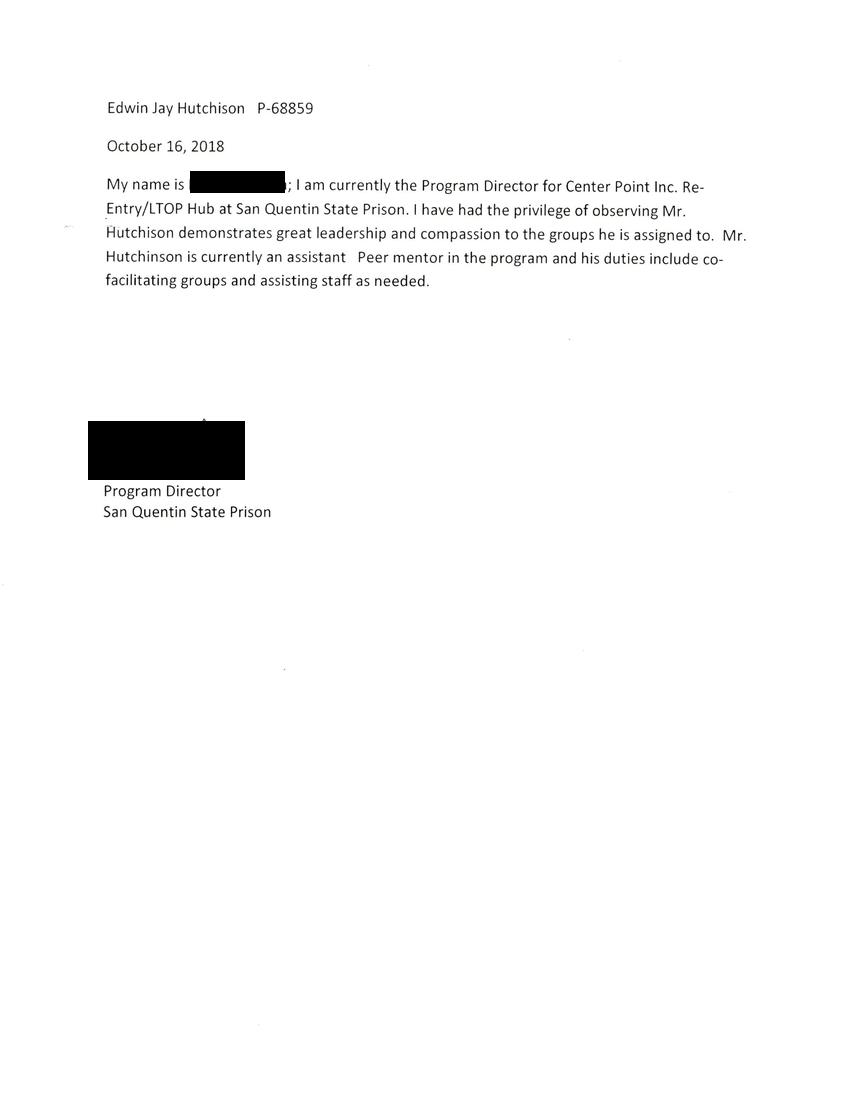 [Transcriber's note: This letter has been modified to correct minor grammar errors found in the original copy.]

Inmate E. HUTCHINSON was one of the inmates who was a valuable asset to North Block. It is apparent that inmate HUTCHINSON has demonstrated a complete turnaround from his past behavioral shortfalls and has abandoned the criminal ideology that many inmates still abide by. Inmate HUTCHINSON had the courage to rediscover himself through countless programs and self-help, finding the inner strength to regain his moral compass and not allow other inmates to dictate his future. Inmate HUTCHINSON displayed the "service before self" attitude and volunteered many hours talking to inmates, reducing tensions and any fears of the unknown. Inmate HUTCHINSON put the self-help skills he developed in Victim Awareness-Impact and Self Awareness and Improvement to use when communicating with the inmate population, helping them to see that one bad decision has consequences affecting their lives.

Inmate HUTCHINSON has contributed greatly to many outside projects and events within the San Quentin community. He has provided assistance to the Veteran Support Groups during tours of the institution of state officials, lawmakers, and college students due to his knowledge, commitment to his programs, and the honesty and integrity he displays.

These are just a few examples of the attitude and behavioral changes that inmate HUTCHINSON has displayed in the past few years. Inmate HUTCHINSON is very respectful when speaking to others, and he is always willing to volunteer to assist staff and inmates alike.

I believe his attitude and behavioral changes over the past few years should be considered while making your very important decision. It is evident inmate HUTCHINSON has taken the San Quentin Rehabilitation Programs to heart and has become a contributing member to the inmate population. Inmate HUTCHINSON has fulfilled the requirements of the CDCR mission of leaving prison with a better job or career skills, education, life skills, and confidence to succeed in his future despite past obstacles. Inmate HUTCHINSON has truly proven to be type of inmate the department is trying to produce for release into our society.

My name is [Redacted]; I am currently the Program Director for Center Point Inc. Re-Entry/LTOP Hub at San Quentin State Prison. I have had the privilege of observing Mr. Hutchinson demonstrating great leadership and compassion to the groups assigned to him. Mr. Hutchinson is currently an assistant peer mentor in the program, and his duties include co-facilitating groups and assisting staff as needed.