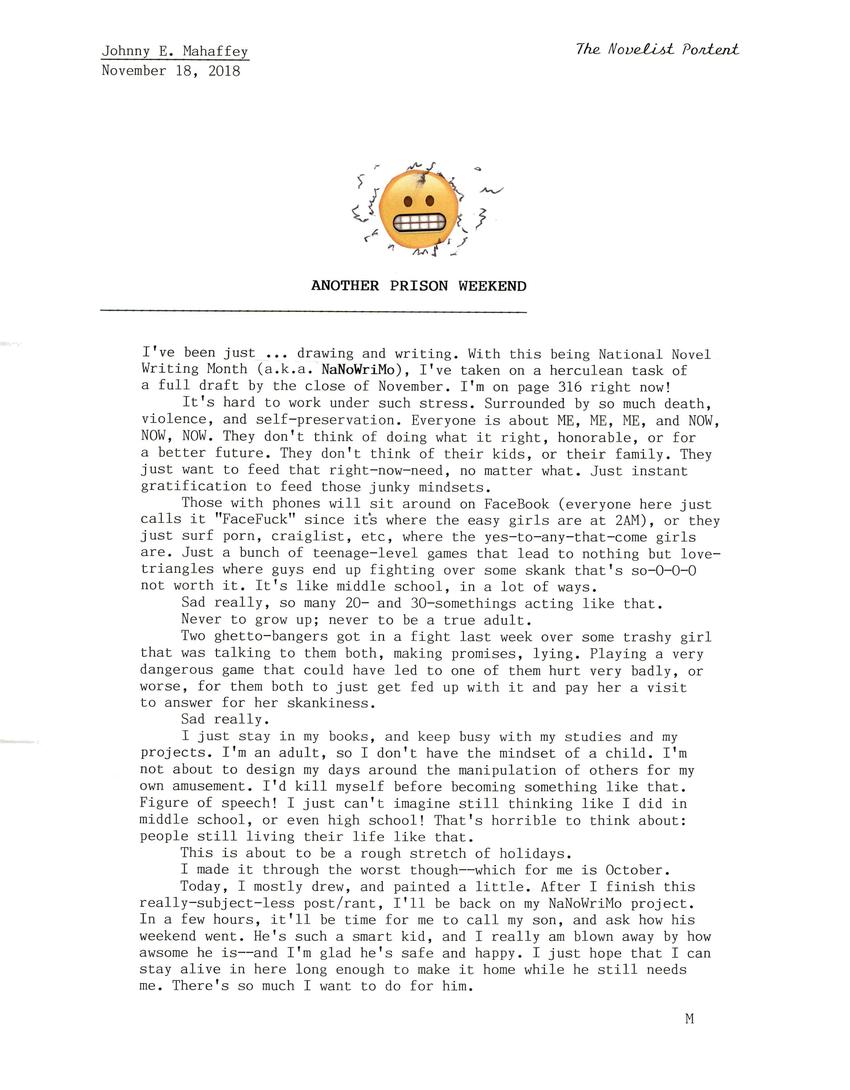 I've been just... drawing and writing. With this being National Novel Writing Month (NaNoWriMo), I've taken on a herculean task of a full draft by the close of November. I'm on page 316 right now!

It's hard to work under such stress. Surrounded by so much death, violence, and self-preservation, everyone is about ME, ME, ME, and NOW, NOW, NOW. They don't think of their kids or their family. They just want to feed that right-now need, no matter what. Just instant gratification to feed those junky mindsets.

Two ghetto bangers got in a fight last week over some trashy girl who was talking to both of them, making problems, lying. Playing a very dangerous game that could have led to one of them being very badly hurt, or worse, both of them getting fed up with it and paying her a visit to answer for her skankiness. Sad, really.

I just stay in my books, and keep busy with my studies and projects. I'm an adult, so I don't have the mind of a child. I'm not about to design my days around the manipulation of others for my own amusement. I'd kill myself before becoming something like that. Figure of speech! I just can't imagine still thinking like I did in middle school, or even high school! That's horrible to think about—people still living their lives like that.

This is about to be a rough stretch of holidays. I made it through the worst though, which for me is October.

Today, I mostly drew and painted a little. After I finish this really subjectless post/rant, I'll be back on my NaNoWriMo project. In a few hours, it'll be time for me to call my son and ask how his weekend went. He's such a smart kid, and I am really blown away by how awesome he is. I'm glad he's safe and happy. I just hope that I can stay alive in here long enough to make it home while he still needs me. There's so much I want to do for him.

Focusing on you and staying away from the "high school drama" is always a bonus. Your right a lot of people never grow up and It is very sad. As teenagers growing up and going off to school getting wrapped up in the he said she said and the quick responses to the inappropriate behaviors. As Inmates reality states that you have nothing but time to waist... Wrong. you have time to Gain.
Gain the tools of education the hopes of freedom and acceptance back in to your families homes and lives. Take the time to mend the broken bridges and really learn from your mistakes and right your wrongs and much as possible while your in so when you are let free you can have a fresh start. Mending the heart takes time and you all have that.
Being able to sit down and write a story is amazing something I could never do. I am glad you have taken this opportunity to expand your mind and deliver a story. I hope to read it someday. Keep your head up and nose out of trouble and do you. Happy Holidays and know that your parents would be proud seeing you work hard to stay out of trouble.
(scanned reply – view as blog post)
uploaded Feb. 9, 2019.  Original (PDF) 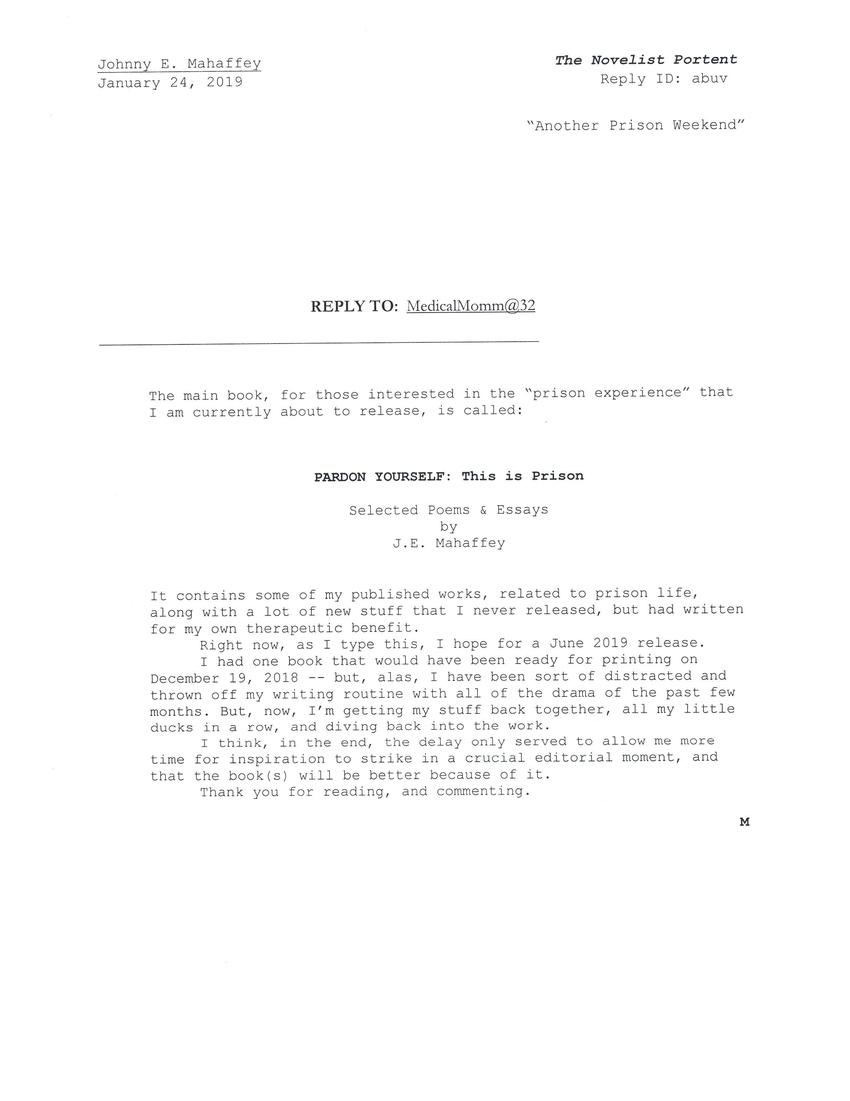