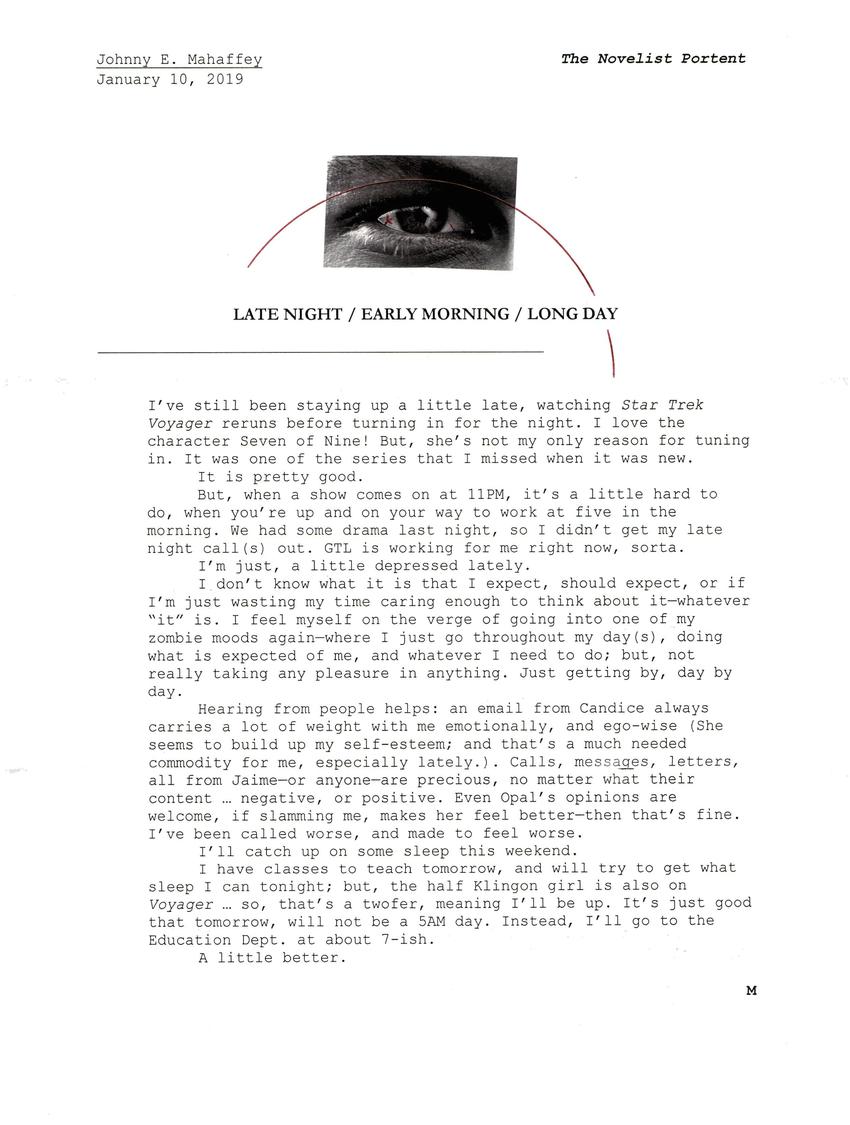 I've still been staying up a little late, watching Star Trek Voyager reruns before turning in for the night. I love the character Seven of Nine! But, she's not my only reason for tuning in. It was one of the series that I missed when it was new.
It is pretty good.
But, when a show comes on at 11PM, it's a little hard to do, when you're up and on your way to work at five in the morning. We had some drama last night, so I didn't get my late night call(s) out. GTL is working for me right now, sorta.
I'm just, a little depressed lately.
I don't know what it is that I expect, should expect, or if I'm just wasting my time caring enough to think about it-whatever "it" is. I feel myself on the verge of going into one of my zombie moods again-where I just go throughout my day(s), doing what is expected of me, and whatever I need to do; but, not really taking any pleasure in anything. Just getting by, day by day.
Hearing from people helps: an email from Candice always carries a lot of weight with me emotionally, and ego-wise (She seems to build up my self-esteem; and that's a much needed commodity for me, especially lately.). Calls, messages, letters, all from Jaime-or anyone-are precious, no matter what their content … negative, or positive. Even Opal's opinions are welcome, if slamming me, makes her feel better-then that's fine. I've been called worse, and made to feel worse.
I'll catch up on some sleep this weekend.
I have classes to teach tomorrow, and will try to get what sleep I can tonight; but, the half Klingon girl is also in Voyager … so, that's a twofer, meaning I'll be up. It's just good that tomorrow, will not be a 5AM day. Instead, I'll go to the Education Dept. at about 7-ish.
A little better.

Seven, Jeri Ryan is cute.
I’ve written just not mailed the letter. I’m sorry you feel down it’s just the cycle of life. Life is whooping my ass lately. My car died so I’ve been driving the truck to work. So I almost use my whole check on fuel lol. Monday’s are the worse for me. I work with the nurse that delivered hitler the rest of the time I have the best nurse with me. Well take care
(scanned reply – view as blog post)
uploaded Feb. 25, 2019.  Original (PDF) 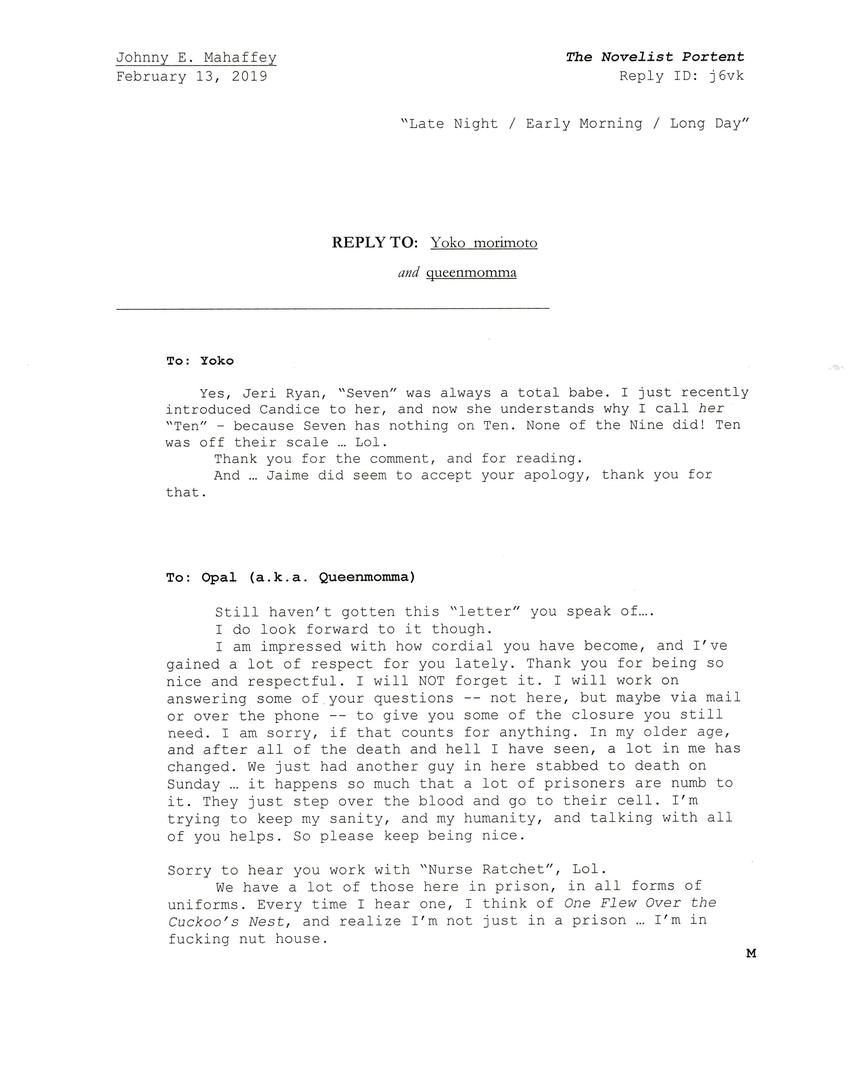