Parole For Lifers/HB35 And SB42 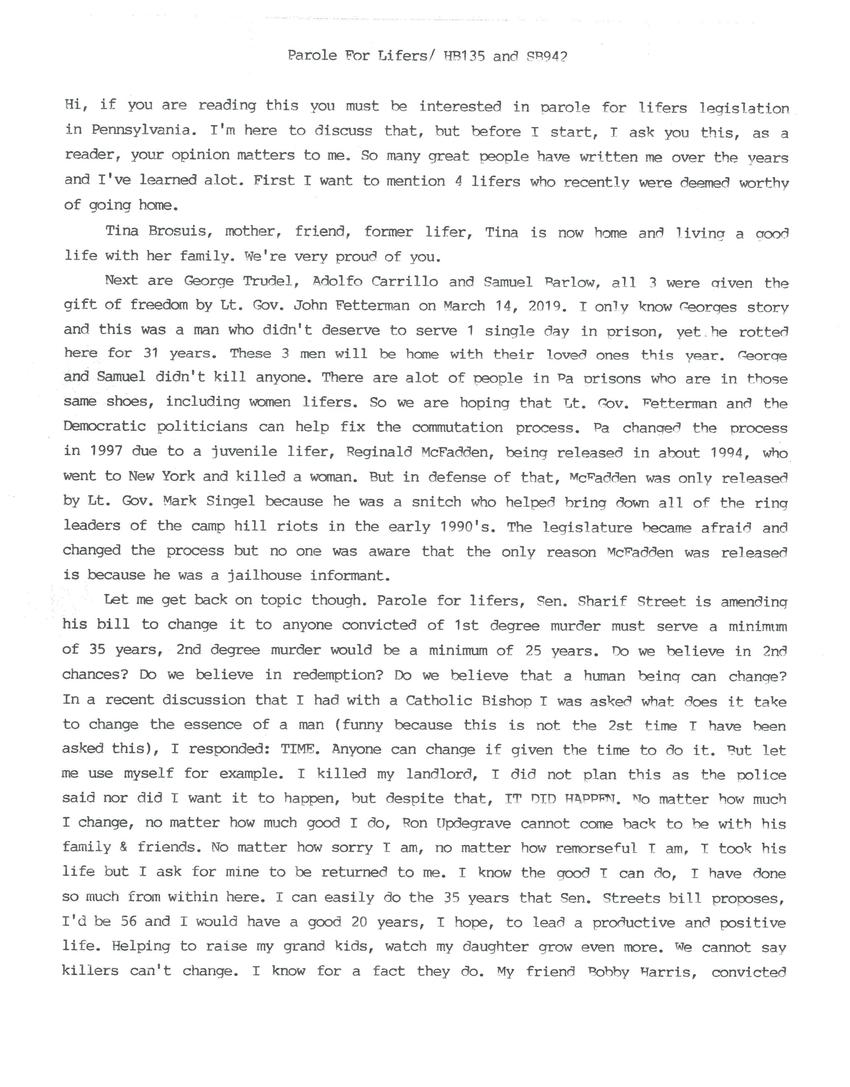 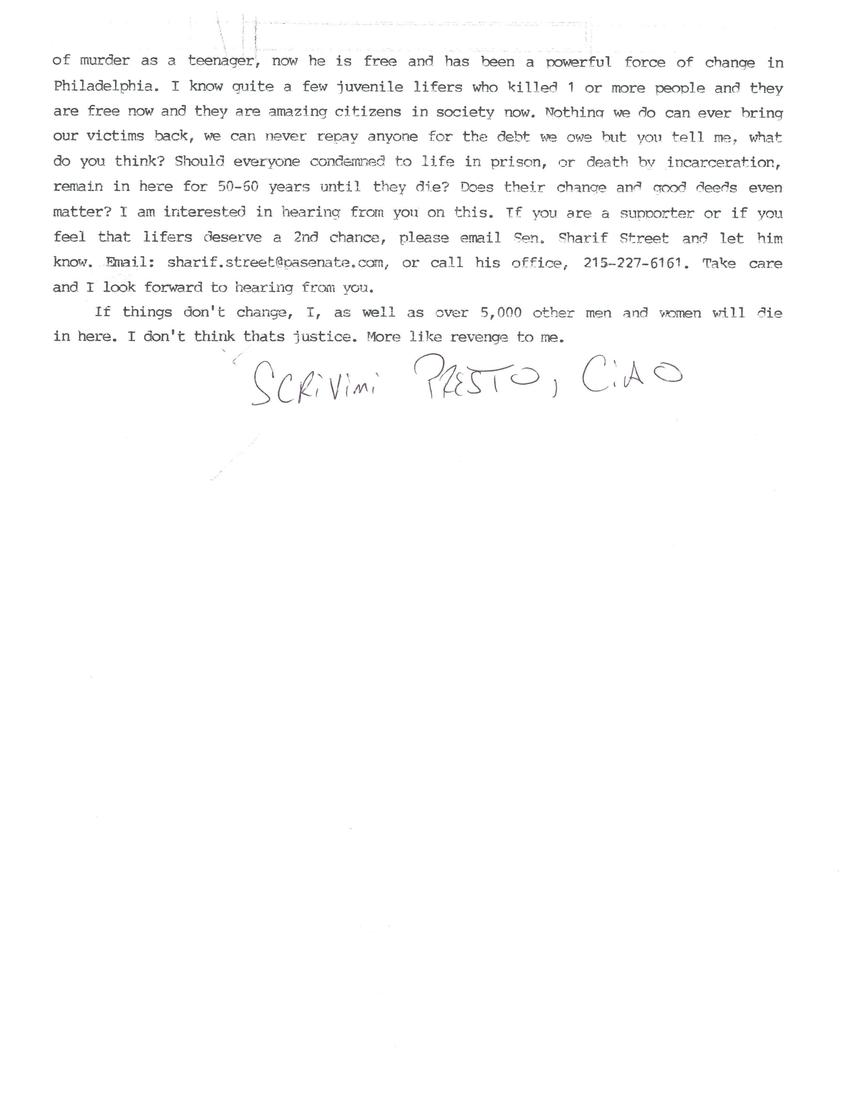 Hi. If you are reading this, you must be interested in parole for lifers legislation in Pennsylvania. I'm here to discuss that. But before I start, I ask you this: as a reader, your opinion matters to me. So many great people have written me over the years, and I've learned a lot.

First, I want to mention four lifers who recently were deemed worthy of going home.

Tina Brosuis. Mother, friend, former lifer, Tina is now home and living a good life with her family. We're proud of you.

Next are George Trudel, Adolfo Carrillo, and Samuel Parlow. All three were given the gift of freedom by Lt. Gov. John Fetterman on March 14, 2019. I only know George's story, and this was a man who didn't deserve to serve one single day in prison. Yet he rotted in here for 31 years. These three men will be home with their loved ones this year. George and Samuel didn't kill anyone.

There are a lot of people in PA prisons who are in those same shoes, including women lifers. So we are hoping that Lt. Gov. Fetterman and the Democratic politicians can help fix the commutation process. PA changed the process in 1997 due to a juvenile lifer, Reginald McFadden, being released in about 1994, who then went to New York and killed a woman. But in defense of that, McFadden was only released by Lt. Gov. Mark Singel because he was a snitch who helped bring down all of the ring leaders of the Camp Hill riots in the early 1990s. The legislature became afraid and changed the process, but no one was aware that the only reason McFadden was released was because he was a jailhouse informant.

In a recent discussion that I had with a Catholic bishop, I was asked what it takes to change the essence of a man. Funny because this is not the second time I have been asked this. I responded: TIME. Anyone can change if given the time to do it. But let me used myself for an example.

I killed my landlord. I did not plan this as the police said nor did I want it to happen. But despite that, IT DID HAPPEN. No matter how much I change, no matter how much good I do, Ron Updegrave cannot come back to be with his family and friends. No matter how sorry I am, no matter how remorseful I am, I took his life. But I ask for mine to be returned to me. I know the good that I can do. I have done so much from within here. I can easily do the 35 years that Sen. Streets's bill proposes. I'd be 56, and I would have a good 20 years—I hope—to lead a productive and positive life. Helping to raise my grandkids, watch my daughter grow even more.

We cannot say killers can't change. I know for a fact that they do. My friend, Bobby Harris, convicted of murder as a teenager, is now free and has been a powerful force of change in Philadelphia. I know quite a few juvenile lifers who killed one or more people, and they are free now as amazing citizens in society. Nothing we do can ever bring back our victims. We can never repay anyone for the debt we owe.

But you tell me: what do you think? Should everyone condemned to life in prison, or death by incarceration, remain in here for 50-60 years until they die? Does their change and good deeds even matter? I am interested in hearing from you on this.

If you are a supporter or if you feel that lifers deserve a second chance, please email Sen. Sharif Street and let him know.
email: sharif.street@pasenate.com
office #: 215-227-6161

Take care, and I look forward to hearing from you. If things don't change, I, as well as over 5,000 men and women, will die in here. I don't think that's justice. More like revenge to me.