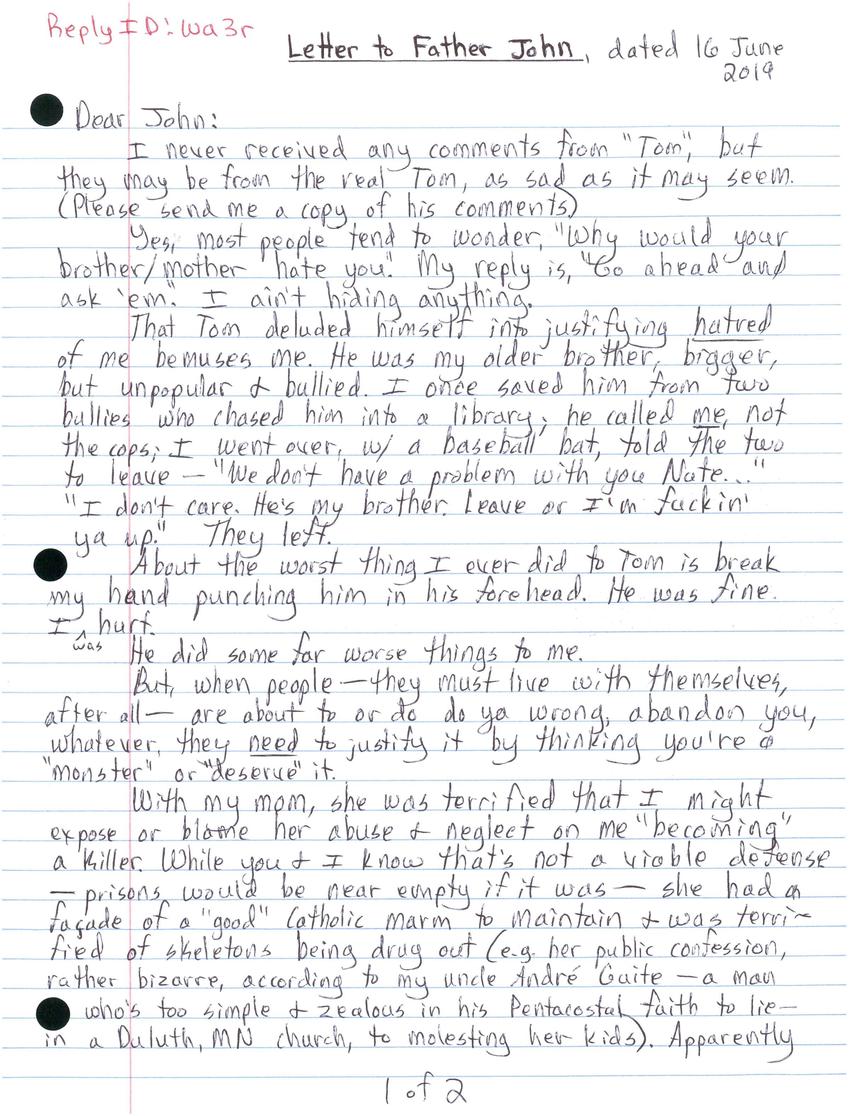 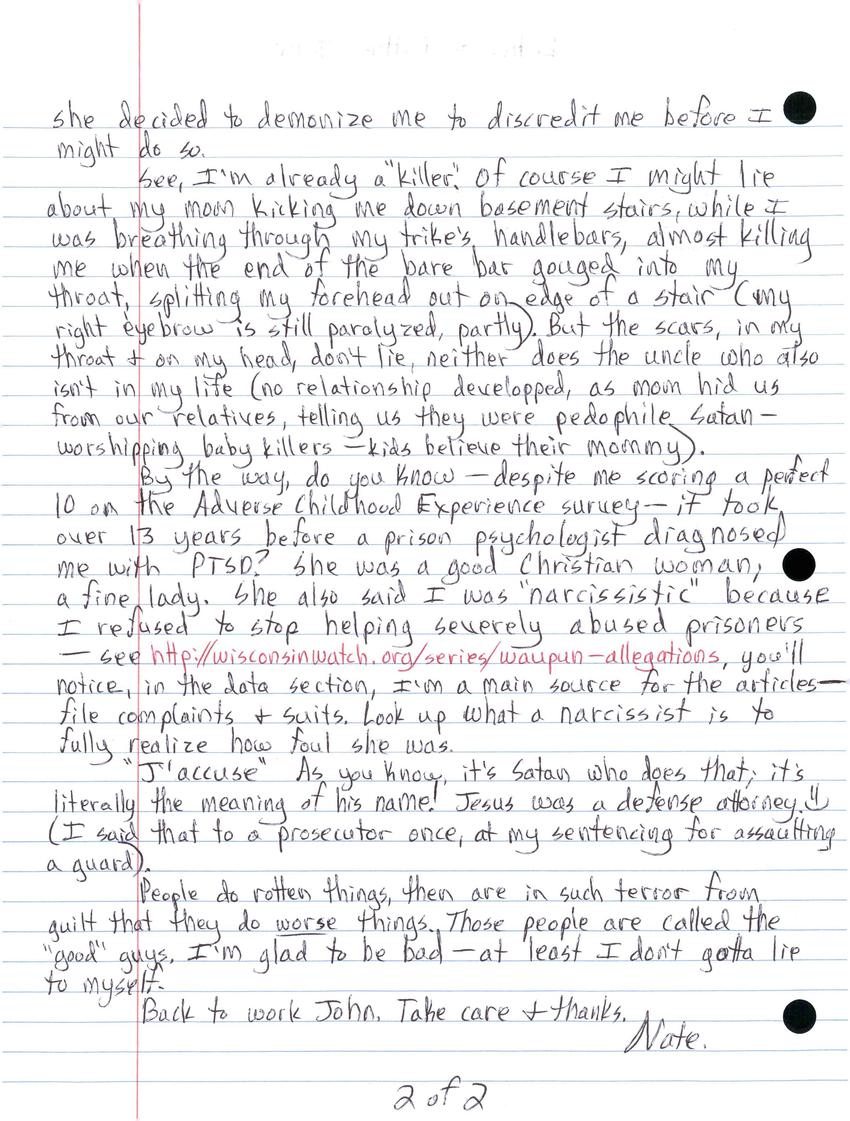 Dear John:
I never received any comments from "Tom", but they may be from the real Tom. As sad as it may seem (please send me a copy of his comments).

Yes, most people tend to wonder, "Why would your brother or mother hate you?" My reply is, "Go ahead and ask 'em." I ain't hiding anything.

That Tom deluded himself into justifying his hatred of me, and it bemuses me. He was my older brother. Bigger but unpopular and bullied. I once saved him from two bullies who chased him into a library. He called me, not the cops. I went over with a baseball bat, told the two to leave. "We don't have a problem with you, Nate..." "I don't care. He's my brother. Leave, or I'm fuckin' ya up."

About the worst thing I ever did to Tim is break my hand punching him on the forehead. He was fine. I was hurt.

He did some far worse things to me.

But when people—they must live with themselves, after all—are about to or do ya wrong, abandon you—whatever, they need to justify it by thinking you're a monster or that you deserved it.

With my mom, she was terrified that I might expose or blame her abuse and neglect for "making me" a killer. While you and I know that's not a viable defense—prisons would never be empty if it was—, she had a facade of skeletons being dragged out. e.g her public confession—rather bizarre, according to my uncle Andre Gaite, a man who's too simple and zealous in his Pentacostal faith to lie—in a Duluth, MN church to molesting her kids. Apparently, she decided to demonize me to discredit me before I might do so to her.

See, I'm already a killer. Of course I might lie about my mom kicking me down the basement stairs while I was breathing through my trike's handlebars, almost killing me when the end of the bare bar gouged into my throat, or when I split my forehead on the edge of a stair (my right eyebrow is still partly paralyzed). But the scars in my throat and my head don't lie.

Neither does the uncle who also isn't in my life. No relationship developed, as Mom hid us from our relatives, telling us they were pedophiles of Satan. Or that they worshiped baby killers. Kids believe their mommies.

By the way, do you know it took 13 years before a prison psychologist diagnosed me with PTSD—despite me scoring a perfect 10 on the adverse childhood experience survey? She was a good Christian woman. A fine lady.

She also said I was a narcissist because I refused to stop helping severely abused prisoners file complaints and suits. See https://www.wisconsinwatch.org/series/waupun-allegations/ ; you'll notice in the data section that I'm a main source for the articles. [Transcriber's note: His name doesn't show up on the website last I checked; don't know what data section means.]

Look up what a narcissist is to fully realize how much of a fool she was.

As you know, it's Satan who does that. It's literally the meaning of his name! Jesus was a defense attorney. :) I said that to a prosecutor once at my sentencing for assaulting a guard.

People do rotten things. Then they're in such terror from the guilt that they do worse things. Those people are called the "good guys". I'm glad to be bad. At least I don't gotta lie to myself.

Back to work, John. Take care and thanks.