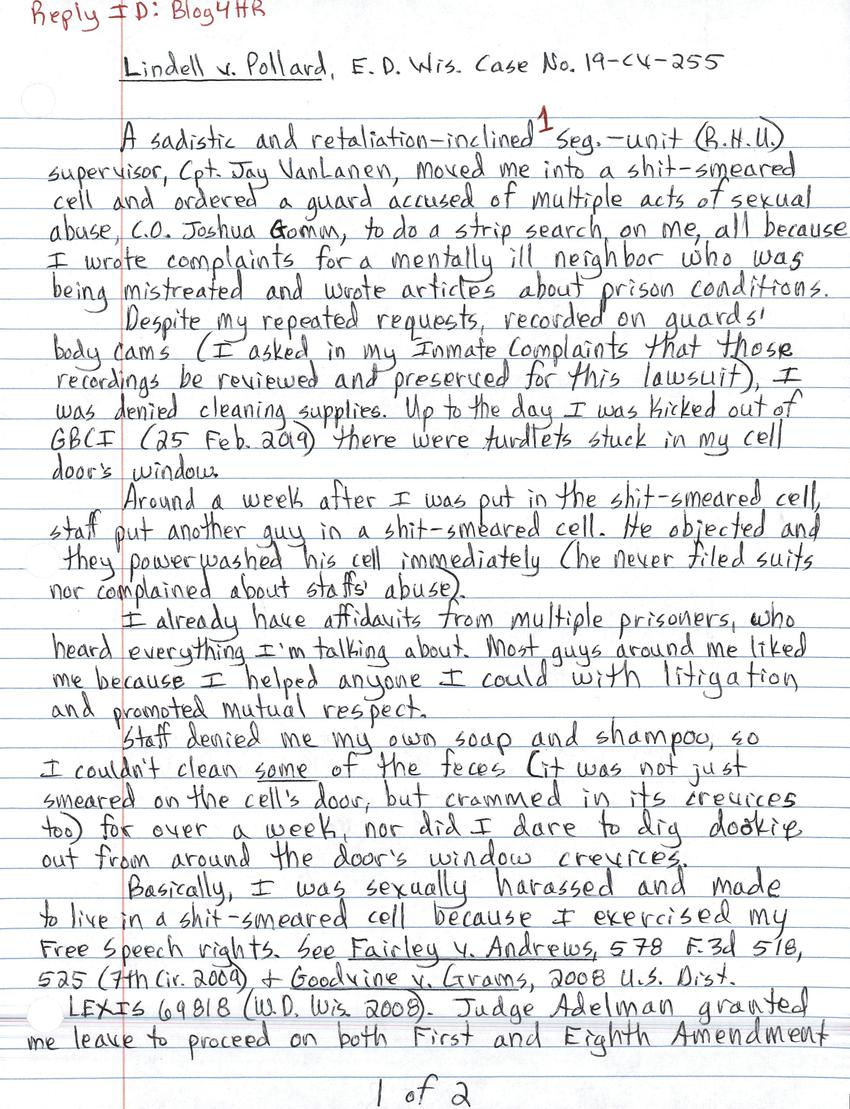 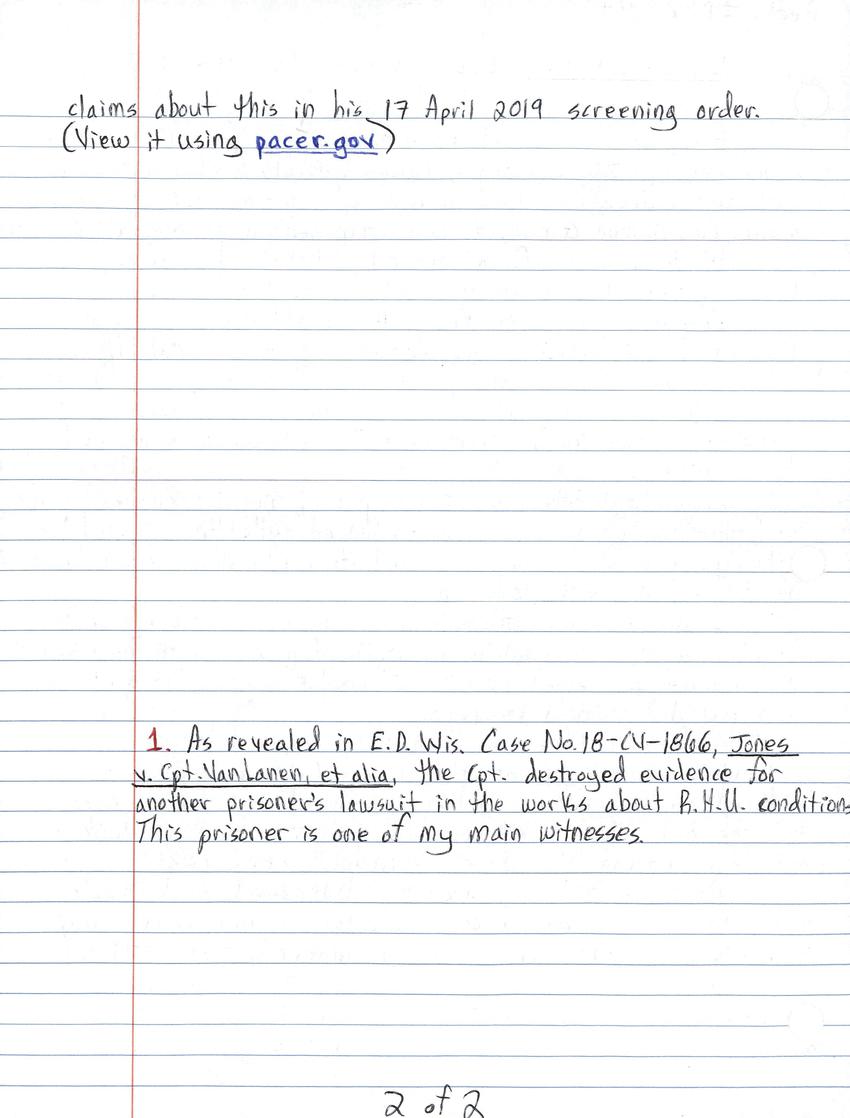 A sadistic and retaliation inclined seg. unit (RHU) supervison, Cpt. Jay VanLanen, moved me into a shit-smeared cell and ordered a guard accused of multiple acts of sexual abuse, C.O. Joshua Gomm, to do a strip search on me all because I wrote complaints for a mentally ill neighbor who was being mistreated and wrote articles about prison conditions.

Despite my repeated requests that are recorded on the guards' body cams (I asked in my inmate complaints that these recordings be reviewed and preserve for this lawsuit), I was denied cleaning supplies. Up to the day I was kicked out of GBCI (February 25, 2019), there were turdlets stuck in my cell door's window.

Around a week after I was put in the shit-smeared cell, staff put another guy in a shit-smeared cell. He objected and they power washed his cell immediately. He never filed suits nor complained about the staff's abuse.

I already have affidavits from multiple prisoners who heard everything I'm talking about. Most guys around me liked me because I helped anyone I could with litigation and promoted mutual respect.

Staff denied me my own soap and shampoo, so I couldn't clean some of the feces (it was not just smeared on the cell's door but crammed in its crevices too) for over a week. Nor did I dare to dig dookie out from around the door's window crevices.

1. As revealed in E.D. Wis. Case No. 18-CV-1866, Jones v. Cpt. VanLanen, et alia, the Cpt. destroyed evidence for another prisoner's lawsuit in the works about R.H.U. conditions. This prisoner is one of my main witnesses.