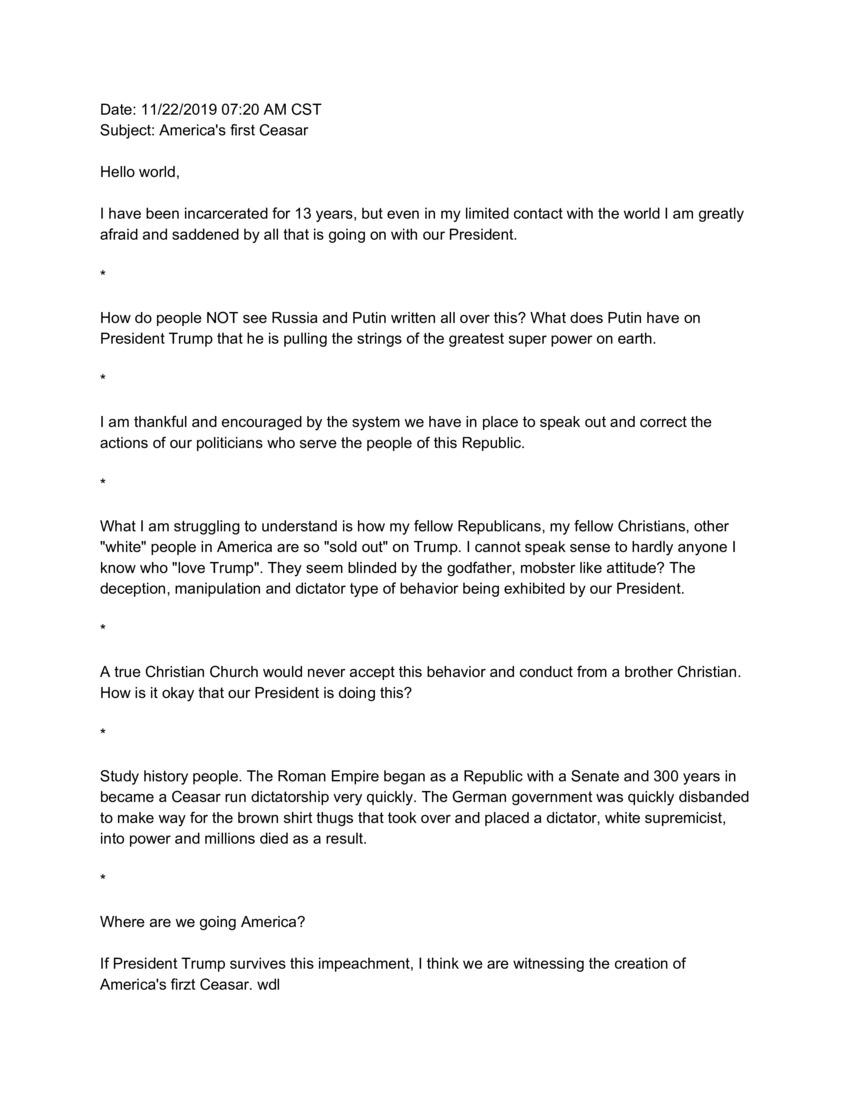 I have been incarcerated for 13 years, but even in my limited contact with the world, I am greatly afraid and saddened by all that is going on with our president.

How do people NOT see Russia and Putin written all over this? What does Putin have on President Trump that he is pulling the strings of the greatest super power on Earth?

I am thankful and encouraged by the system we have in place to speak out and correct the actions of our politicians who serve the people of this republic.

What I am struggling to understand is how my fellow Republicans, my fellow Christians, other white people in America are so "sold out" on Trump. I cannot speak sense to hardly anyone I know who love Trump. They seem blinded by the godfather, mobster like attitude. The deception, manipulation and dictator type of behavior being exhibited by our president.

A true Christian church would never accept this behavior and conduct from a brother Christian. How is it okay for our president to be doing this?

Study history, people. The Roman Empire began as a republic with a senate and 300 years in became a Caesar run dictatorship very quickly. The German government was quickly disbanded to make way for the brown shirt thugs that took over and placed a dictator, white supremacist into power, and millions died as a result.

Where are we going, America?

If President Trump survives this impeachment, I think we are witnessing the creation of America's first Caesar.