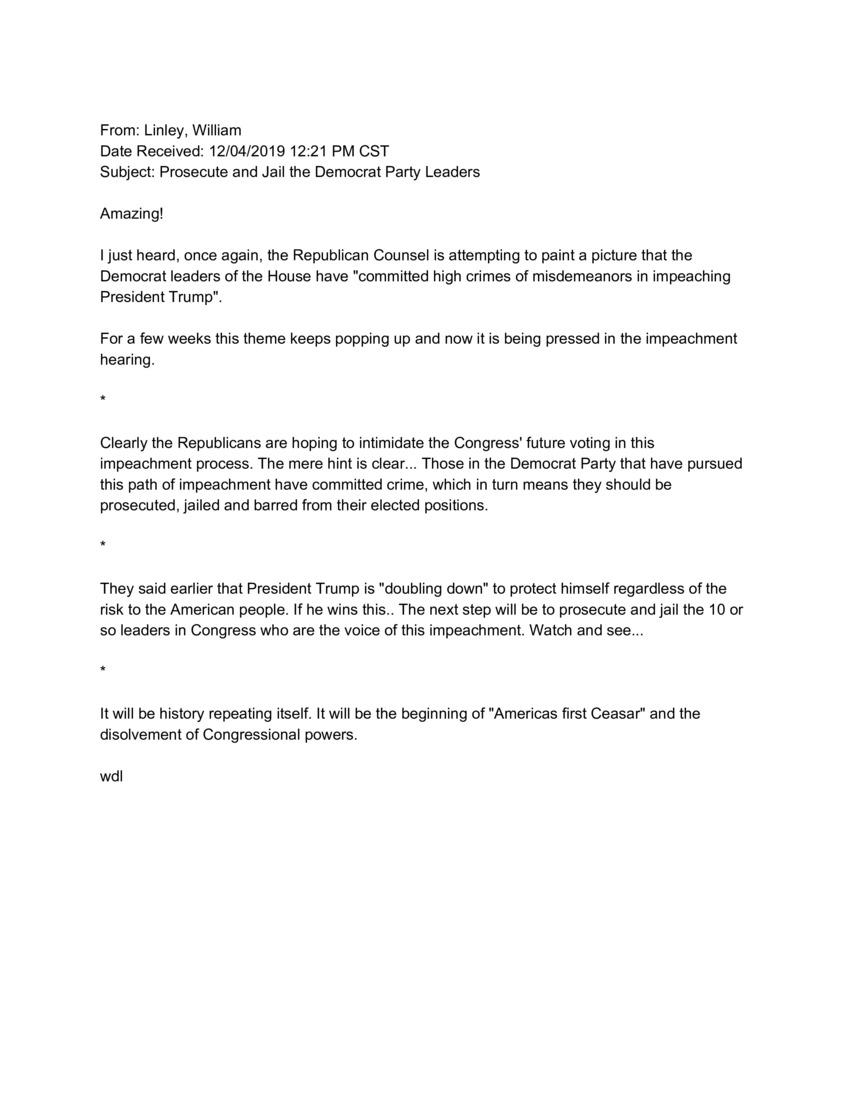 I just heard, once again, the Republican Counsel is attempting to paint a picture that the Democrat leaders of the House have "committed high crimes of misdemeanors in impeaching President Trump."

For a few weeks this theme keeps popping up and now it is being pressed in the impeachment hearing.

Clearly the Republicans are hoping to intimidate the Congress's future voting in this impeachment process. The mere hint is clear... Those in the Democratic Party who have pursued this path of impeachment have committed crimes, which in turn means they should be prosecuted, jailed, and barred from their elected positions.

They said earlier that President Trump is "doubling down" to protect himself regardless of the risk to the American people. If he wins this, the next step will be to prosecute and jail the ten or so leaders in Congress who are the voice of this impeachment. Watch and see...

It will be history repeating itself. It will be the beginning of "America's First Caesar" and the disolvement of congressional powers.