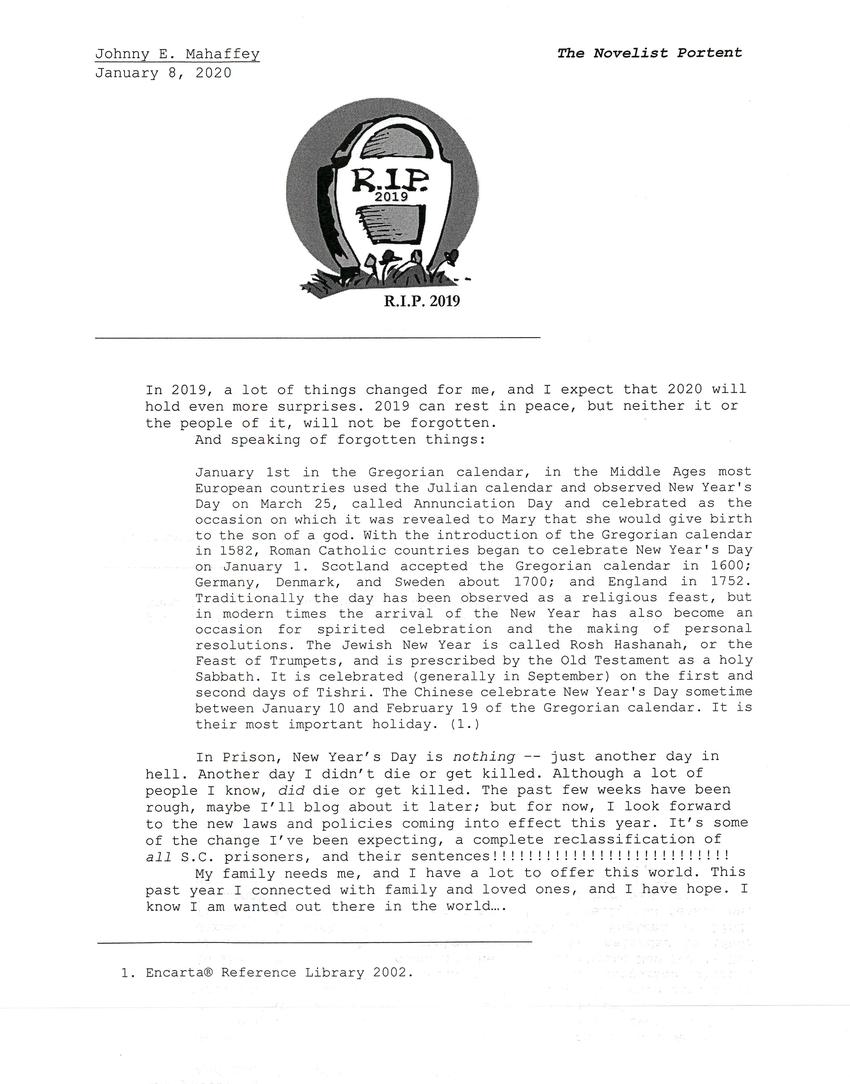 In 2019, a lot of things changed for me, and I expect that 2020 will hold even more surprises. 2019 can rest in peace, but neither it nor the people of it will be forgotten.

And speaking of forgotten things.

January 1st in the Gregorian calendar, in the Middle Ages most European countries used the Julian calendar and observed New Year's Day on March 25, called the Annunciation Day and celebrated as the occasion on which it was revealed to Mary that she would give birth the son of a god. With the introduction of the Gregorian calendar in 1582, Roman Catholic countries began to celebrate New Year's Day on January 1. Scotland accepted the Gregorian calendar in 1600; Germany, Denmark, and Sweden about 1700; and England in 1752. Traditionally the day has been observed as a religious feast, but in modern times the arrival of the New Year has also become an occasion for spirited celebration and the making of personal resolutions. The Jewish New Year is called Rosh Hashanah, or the Feast of Trumpets, and is prescribed by the Old Testament as a holy Sabbath. It is celebrated (generally in September) on the first and second days of Tishri. The Chinese celebrate New Year's Day sometimes between January 10 and February 19 of the Gregorian calendar. It is their most important holiday. [1]

But for now, I look forward to the new laws and policies coming into effect this year. It's some of the change I've been expecting—a complete reclassification of all S.C. prisoners and their sentences!!!!!!!!!!!!!!!!!!

My family needs me, and I have a lot to offer this world. This past year I connected with family and loved ones, and I have hope. I know I am wanted out there in the world.