Report: 1 inmate dead, others injured in fight at the Mississippi State Penitentiary 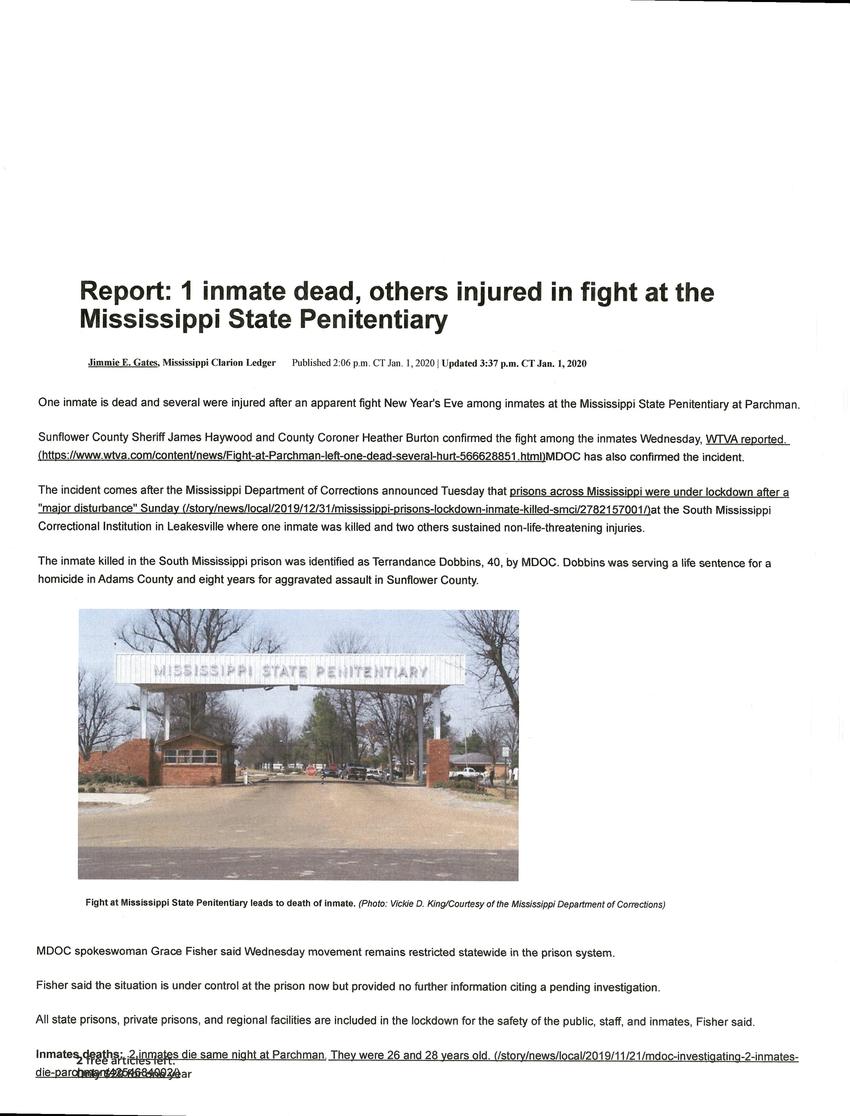 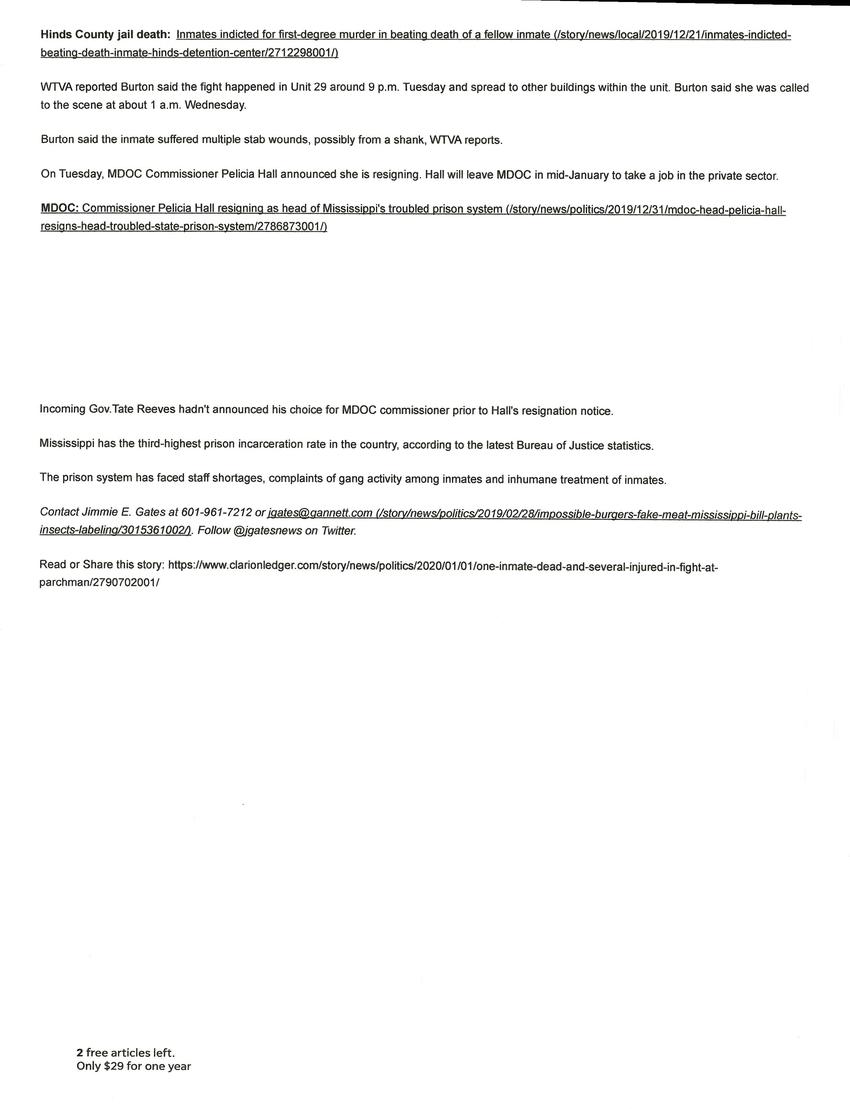 One inmate is dead and several were injured after an apparent fight New Year's Eve among inmates at the Mississippi State Penitentiary at Parchman.

The incident comes after the Mississippi Department of Corrections announced Tuesday that prisons across Mississippi were under lockdown after a "major disturbance" Sunday at the South Mississippi Correctional Institution in Leakesville where one inmate was killed and two others sustained non-life-threatening injuries.

The inmate killed in the South Mississippi prison was identified as Terrandance Dobbins, 40, by MDOC. Dobbins was serving a life sentence for a homicide in Adams County and eight years for aggravated assault in Sunflower County.

The inmate killed at Parchman was identified as Walter Earl Gates, 25, sentenced to 10 years in prison from Coahoma County in 2015.

Fisher said the situation is under control at the prison now but provided no further information citing a pending investigation.

All state prisons, private prisons, and regional facilities are included in the lockdown for the safety of the public, staff, and inmates, Fisher said.

Inmates deaths: 2 inmates die same night at Parchman. They were 26 and 28 years old.

WTVA reported Burton said the fight happened in Unit 29 around 9 p.m. Tuesday and spread to other buildings within the unit. Burton said she was called to the scene at about 1 a.m. Wednesday.

On Tuesday, MDOC Commissioner Pelicia Hall announced she is resigning. Hall will leave MDOC in mid-January to take a job in the private sector.

Mississippi has the third-highest prison incarceration rate in the country, according to the latest Bureau of Justice statistics.

The prison system has faced staff shortages, complaints of gang activity among inmates and inhumane treatment of inmates.