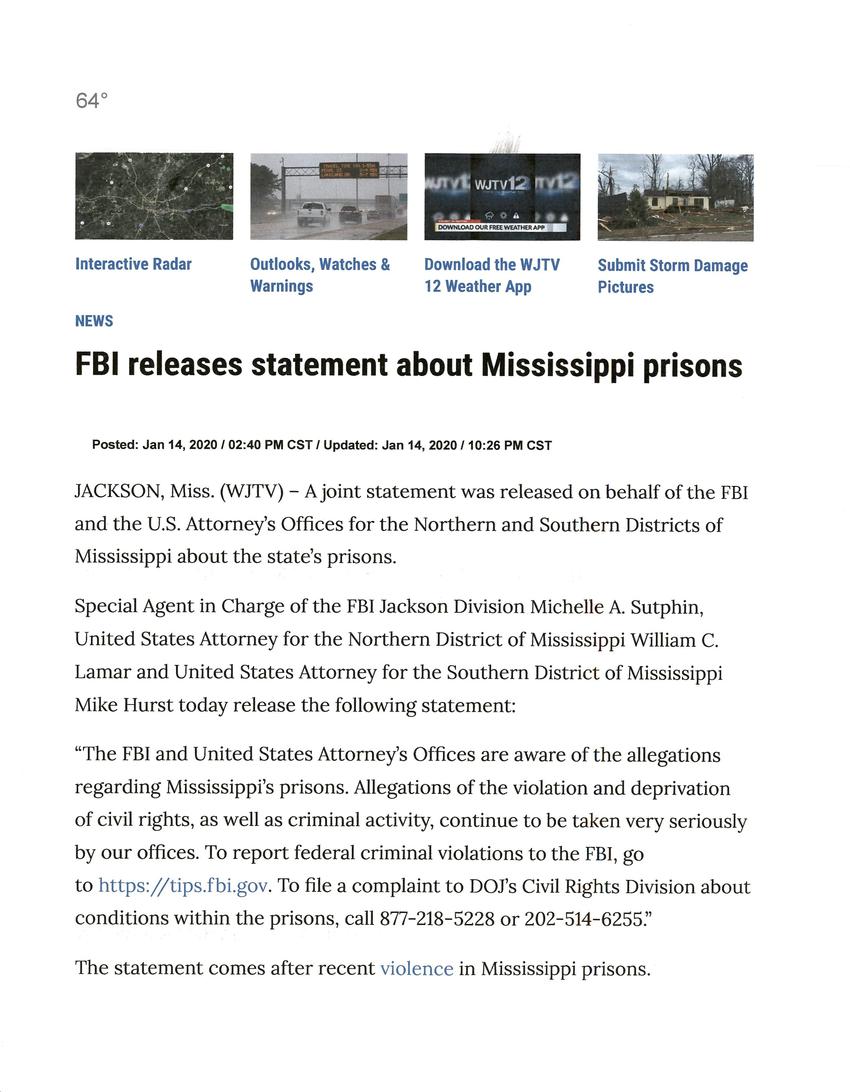 JACKSON, Miss. (WJTV) - A joint statement was released on behalf of the FBI and the U.S. Attorney's Offices for the Northern and Southern Districts of Mississippi about the state's prisons.

"The FBI and United States Attorney's Offices are aware of the allegations regarding Mississippi's prisons. Allegations of the violation and deprivation of civil rights, as well as criminal activity, continue to be taken very seriously by our offices. To report federal criminal violations to the FBI, go to https://tips.fbi.gov To file a complaint to DOJ's Civil Rights Division about conditions within the prisons. call 877-218-5228 or 202-514-6255."

The statement comes after recent violence in Mississippi prisons.

As someone who's not always in the loop about prison news and advocacy, I really appreciate you posting these various news articles as your blog posts. It helps me turn an eye to what is often not stated by major media. Opens my view.

More importantly, it helps me determine which nonprofits I will donate to when I can. What actions I can take, even if I don't live in these states.

Thank you so much for sharing. Wishing you a wonderful day.

P.S. Random questions (or a blog post idea if you wish to make it so): Do you have a favorite time of day? What makes it so special to you?