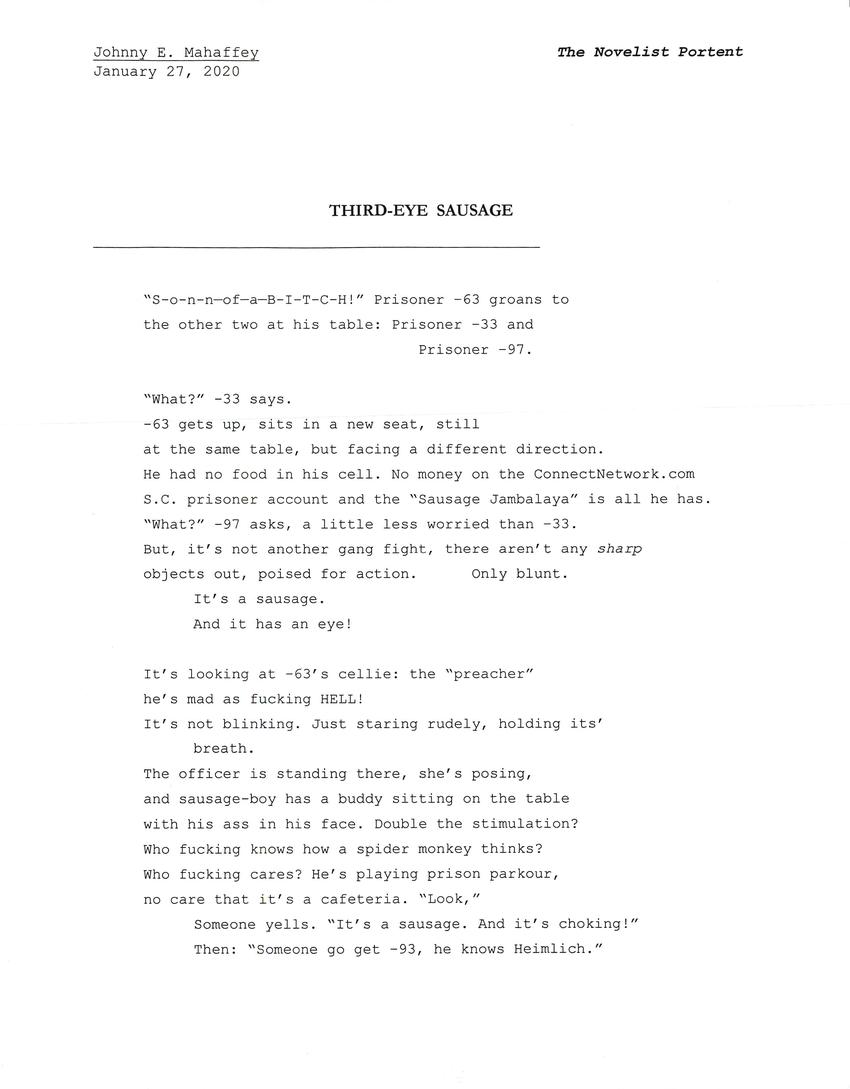 —63 gets up, sits in a new seat, still at the same table but facing a different direction. He had no food in his cell. No money on the ConnectNetwork.com S.C. prisoner account and the "sausage jambalaya" is all he has.

But it's not another gang fight, there aren't any sharp objects out poised for action. Only blung.

It's a sausage.
And it has an eye!

It's looking at —63's cells: the "preacher."
He's mad as fucking HELL!
It's not blinking. Just staring rudely, holding its breath.

The officer is standing there, she's posing, and sausage boy has a buddy sitting on the table with his ass in his face. Double the stimulation?

Who fucking knows how a spider monkey thinks?
Who fucking cares? He's playing prisoner parkour, no care that it's a cafeteria.