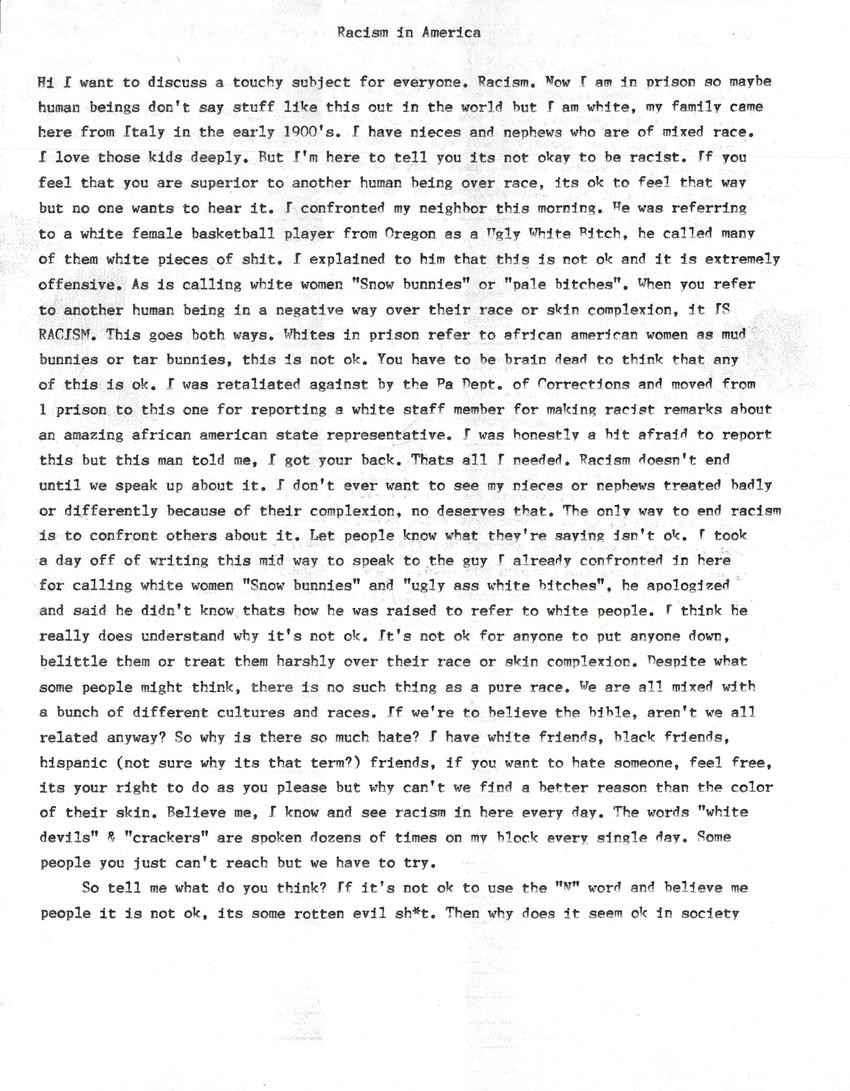 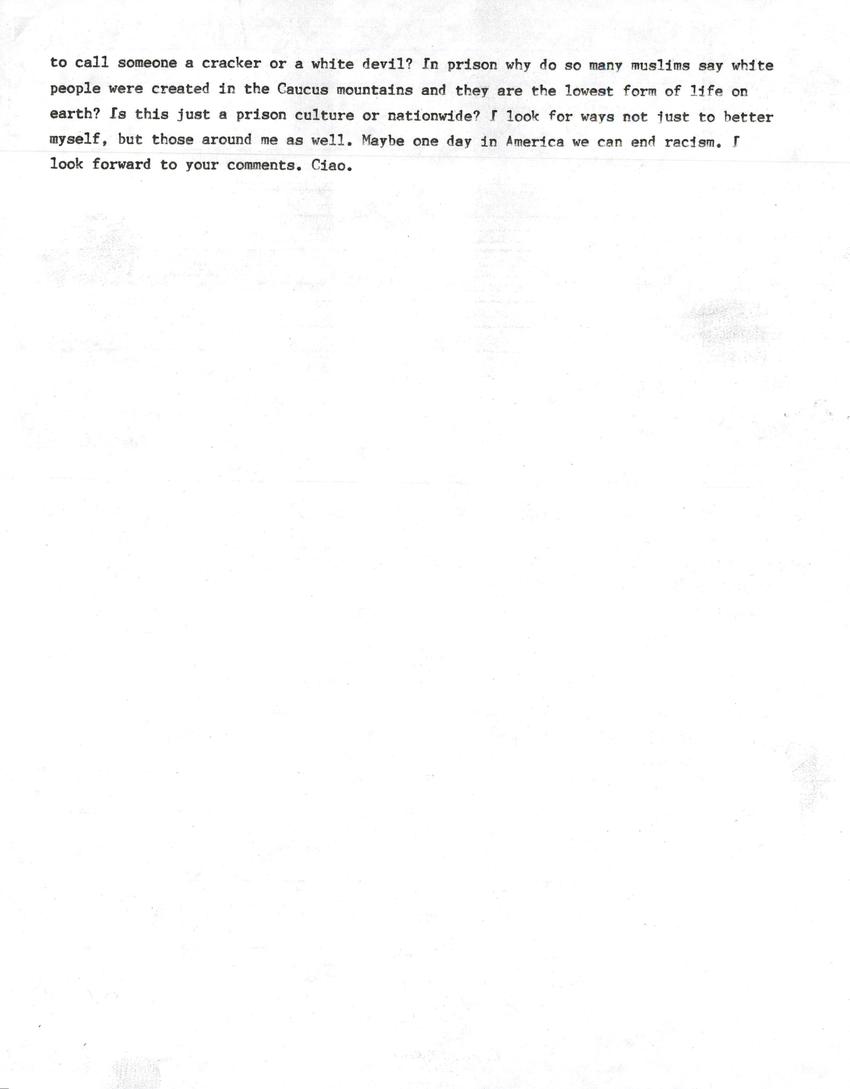 Hi I want to discuss a touchy subject for everyone. Racism. Now I am in prison so maybe human beings don't say stuff life this out in the world but I am white, my family came from Italy in the early 1900's. I have nieces and nephews who are of mixed race. I love those kids deeply. But I'm here to tell you it's not okay to be racist. If you feel that you are superior to another human being over race, it's ok to feel that way but no one wants to hear it. I confronted my neighbor this morning. He was referring to a white female basketball player from Oregon as an "ugly white bitch," he called many of them white pieces of shit. I explained to him that this is not ok and it is extremely offensive. As is calling white women "snow bunnies" or "pale bitches." When you refer to another human being in a negative way over their race or skin complexion, it IS RACISM. This goes both ways. Whites in prison refer to African American women as "mud bunnies" or "tar bunnies," this is not ok. You have to be brain dead to think that any of this is ok. I was retaliated against by the Pa Dept. of Corrections and moved from 1 prison to this one for reporting a white staff member for making racist remarks about an amazing African American state representative. I was honestly a bit afraid to report this but this man told me, "I got your back." That's all I needed. Racism doesn't end until we speak up about it. I don't ever want to see my nieces or nephews treated badly or differently because of their complexion, no one deserves that. The only way to end racism is to confront others about it. Let people know what they're saying isn't ok. I took a day off writing this mid way to speak to the guy I already confronted in here for calling white women "snow bunnies" and "ugly ass white bitches." He apologized and said he didn't know, that's how he was raised to refer to white people. I think he really does understand why it's not ok. It's not ok for anyone to put anyone down, belittle them or treat them harshly over their race or skin complexion. Despite what some people might think, there is no such thing as a pure race. We are all mixed with a bunch of different cultures and races. If we're to believe the Bible, aren't we all related anyway? So why is there so much hate? I have white friends, black friends, Hispanic (not sure why its that term?) friends; if you want to hate someone, feel free, it's your right to do as you please. But why can't we find a better reason than the color of their skin. Believe me, I know and see racism everyday. The words "white devils" and "crackers" are spoken dozens of times on my block every single day. Some people you just can't reach but we have to try.

So tell me, what do you think? If it's not ok to use the "N" word and believe me people it's not ok, it's some rotten evil sh*t. Then why does it seem ok in society to call someone a "cracker" or a "white devil?" In prison, why do so many Muslims say white people were created in the Caucus mountains and they are the lowest form of life on earth? Is this just a prison culture or nationwide? I look for ways not just to better myself, but those around me as well. Maybe one day in America we can end racism. I look forward to your comments. Ciao.